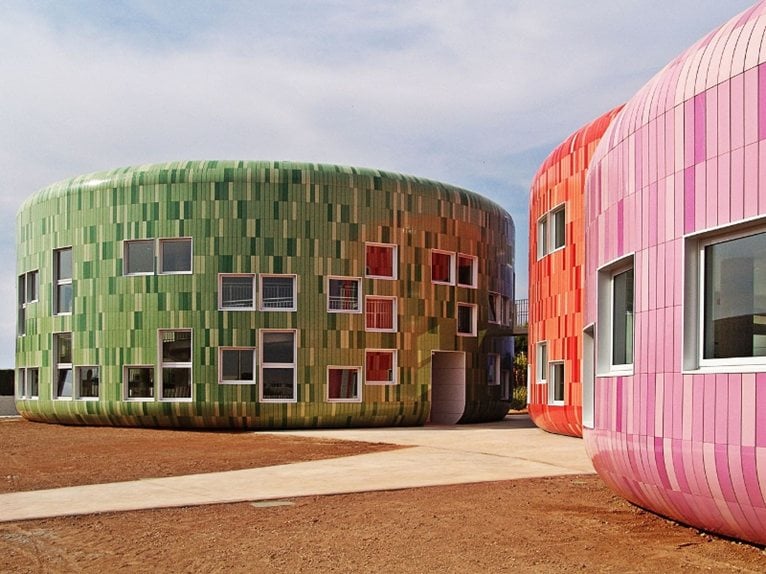 For more than a decade, the Spanish ceramic industry has concentrated its efforts on research and development of products and solutions in the field of sustainable building: production processes of lower environmental impact for minimizing the production of waste and emissions of carbon dioxide and keep down the consumption of energy and water in different processing cycles. The applications of ceramics in sustainable architecture are manifold, considering that amongst the inherent qualities of the ceramic tile, its characteristics of resistance and durability in time stand out.

During the last edition of Cevisama International Exhibition of Ceramics for architecture held in Valencia from 11th to 14th February this year, several examples of projects that demonstrate the potential of ceramic tiles as a material for improving the energy performance of the building façades were presented. 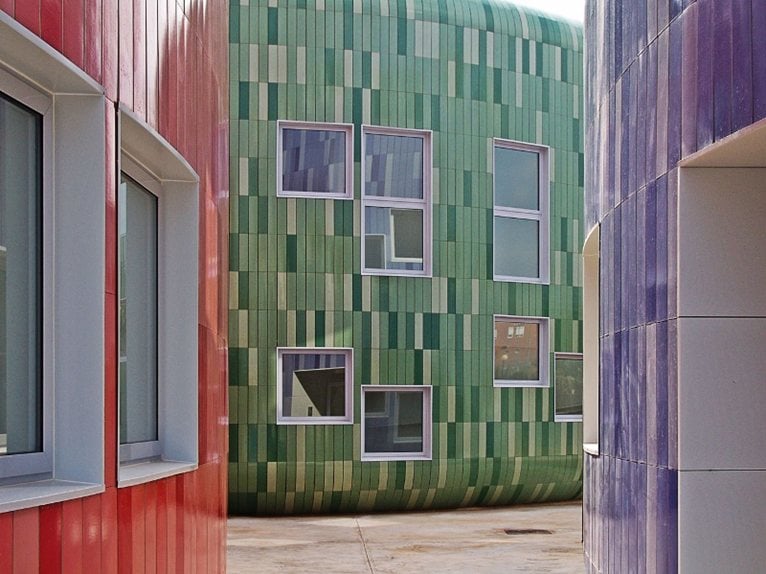 One of these buildings is the Children Education Center and Children Innovation Center in the Technology Park of Paterna (Valencia), by architect Ana Garcia Sala who gave a guided tour illustrating its features and guiding principles.

The building was created from the initiative of a number of companies that, having established their headquarters in the Technology Park and there being a significant number of women, needed a teaching facility for their children. 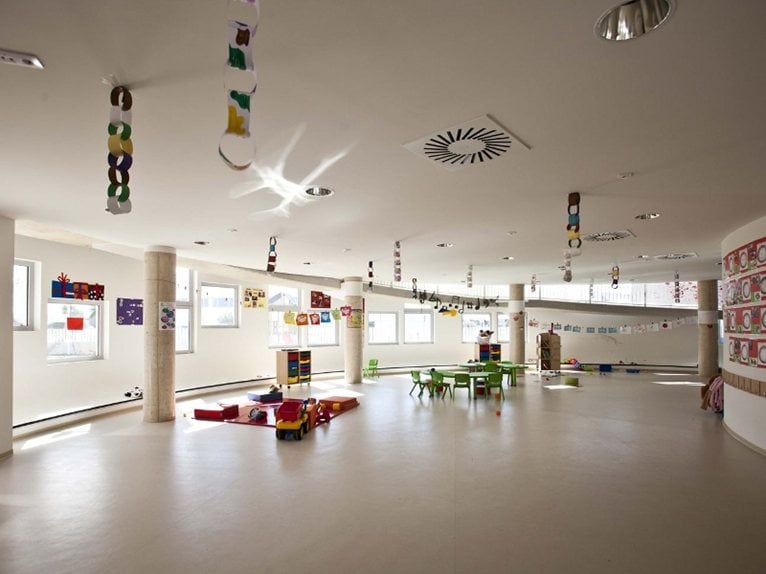 The building was not designed as a simple container, but was built to create a relationship with the children, becoming an emotional component of their education. Since the building is intended to convey feelings, with different spaces that stimulate the imagination and draw attention, a project focused on the need to create spaces and opportunities for creativity was developed.

Colour and ceramic material are the protagonists of the project, they stimulate the imagination and are eye-catching. The rounded shapes invite exploration of the environments, allow you to approach them without fear, since there are no sharp edges making it perfectly safe for children. 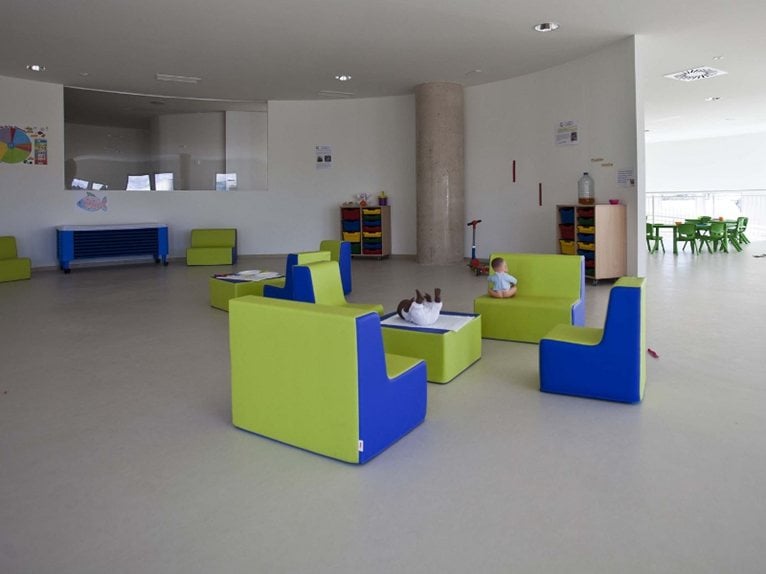 The Centre consists of five cylindrical blocks whose façades have a reassuring and colourful look thanks to the ceramic cladding. Each block is made of a different colour, created with four shades so that the different tones, along with the surfaces' ability to reflect, create a different visual movement depending on the light. Each block differs according to its specific use: the infants block has a space for breastfeeding, that of children aged two to three contains a ramp for psychomotor development and the central block is intended for common use like the dining room for the older children and the swimming pool. The cylindrical blocks are connected together by covered passages. Inside and outside change appearance depending on the time of day, the season and the climate. 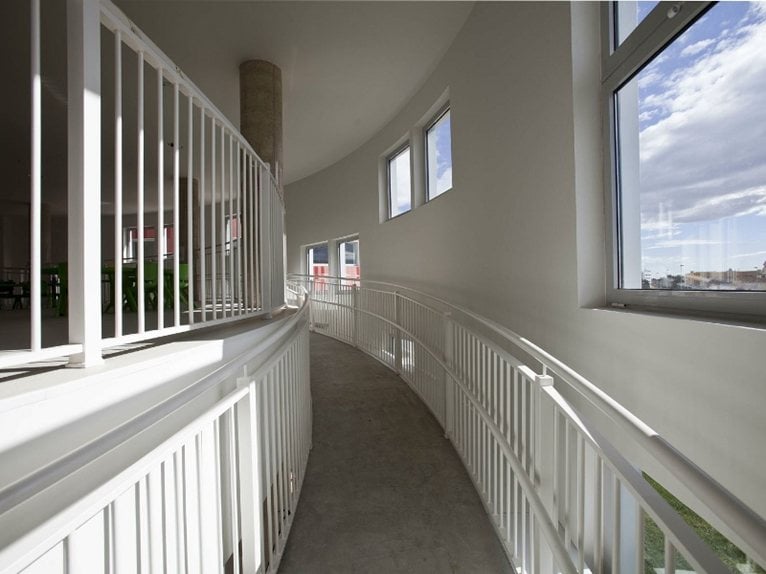 “This project shows the potential applications of ceramics for its finishes, treatments, colour or thickness, making this material one of the most qualified to move from ideas to reality of architectural design” they say from Asher-Spanish Association of manufacturers of Ceramic Coatings. “For this reason it becomes increasingly common for architects and designers to work closely with the manufacturers of ceramics in order to make the concepts we want to develop in the project possible. Both in design and in sustainability, art and craft merge with a common denominator represented by ceramics.”