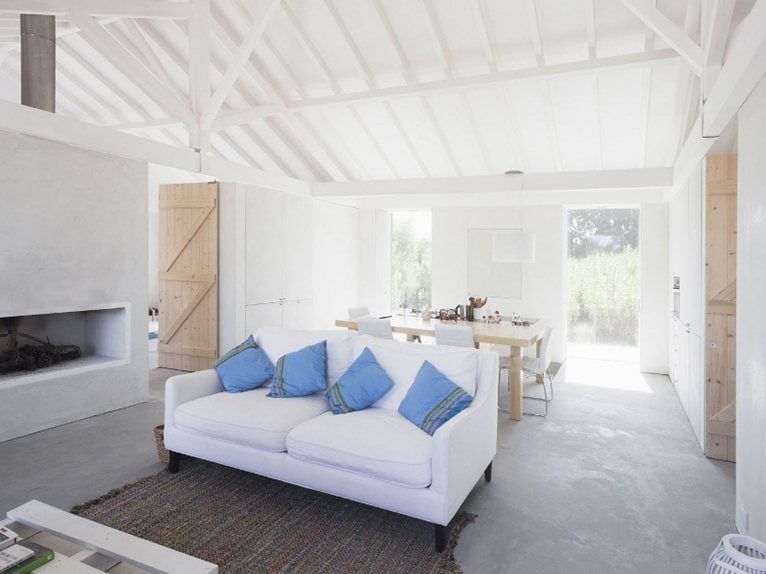 The work carried out by Atelier Data is located at Alcácer do Sal, in the Portuguese region of Alentejo, strategic for its geographical and landscape features. The town is crossed by the river Sado, one of the few Portuguese navigable waterways, running from south to north, it is an important factor for the economic growth of the region, especially in agriculture.

The rural area of the project, called Sítio da Lezíria, which also gave its name to the residence, extends for about 14 hectares and originally housed two buildings, the manor house and the barn, whose restructuring and renewal was performed by the Portuguese architects. 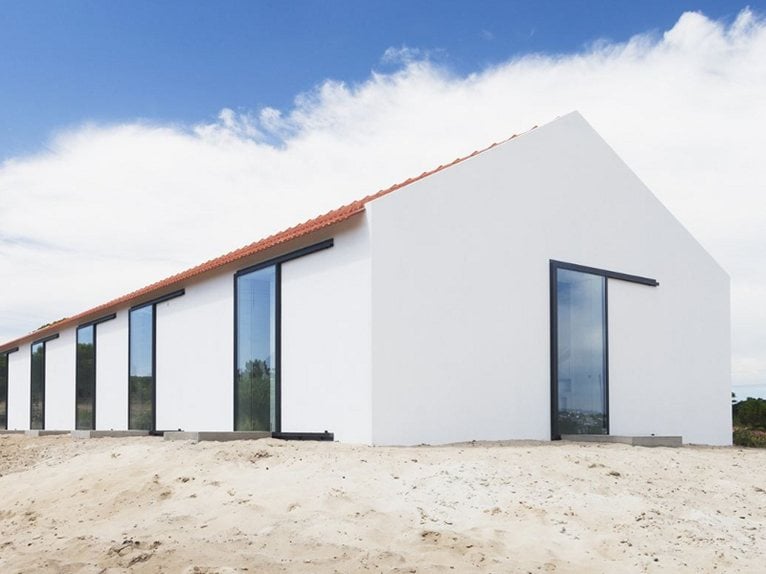 The idea of converting an old barn into an apartment originates from the desire to make spaces of rural settlements habitable again, re-evaluating them in a contemporary and innovative manner. The project of Atelier Data is the product of a first phase of more extensive planning, which is intended to give new life to old agricultural areas, combining the traditional techniques to a new approach to the theme of living. 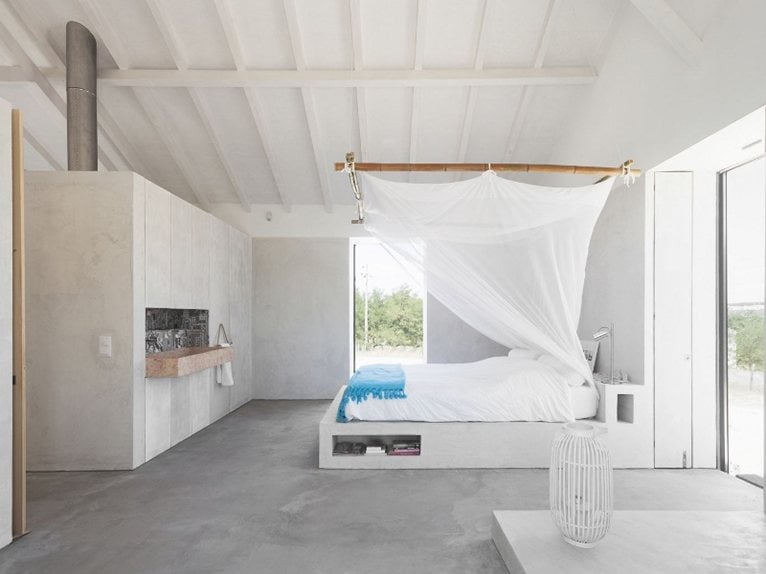 The old wooden beams of the roof were restored, as was the central corridor that runs through the building from end to end, linking the five rooms of the house, 4 of which are used as bedrooms and one as an open-space living area.

The original distribution of environments has been revised according to the achievement of a high degree of flexibility of the house. Traditional building techniques have been recovered to put them at the service of a new domestic dimension. 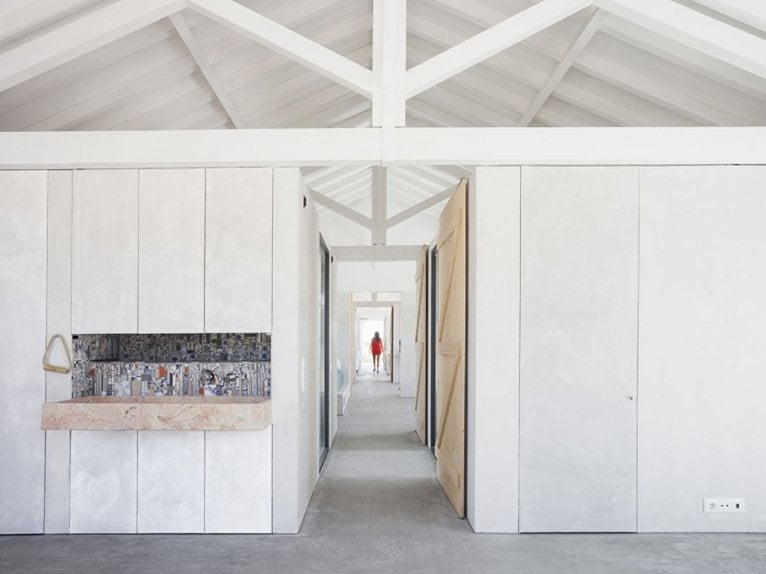 Atelier Data architects invited the Portuguese artist João Mouro to work on small parts of walls behind all the sinks of the residence, using recycled materials, salvaged from the old building.