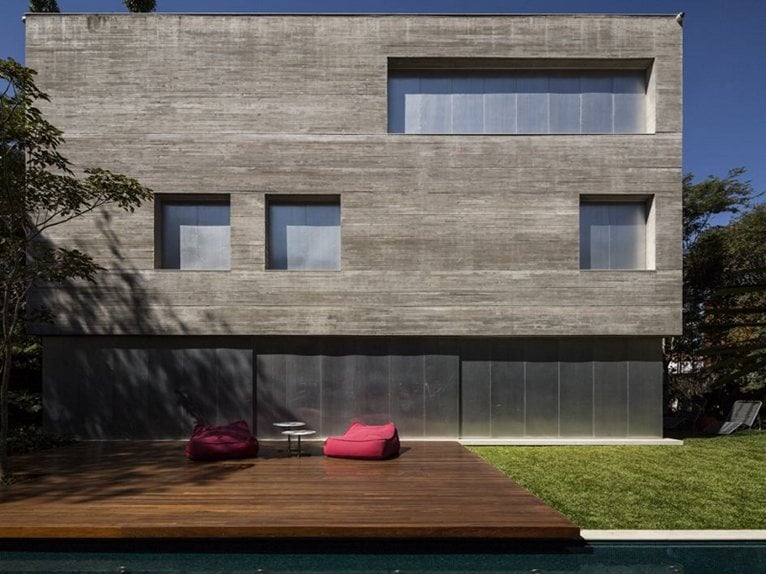 Casa Cubo, Marcio Kogan's latest creation, is a concrete monolith set in a garden in São Paulo, in Brazil. A pure volume, dictated by the one rule of creating openings only where there was a need, taking into account the climatic conditions. 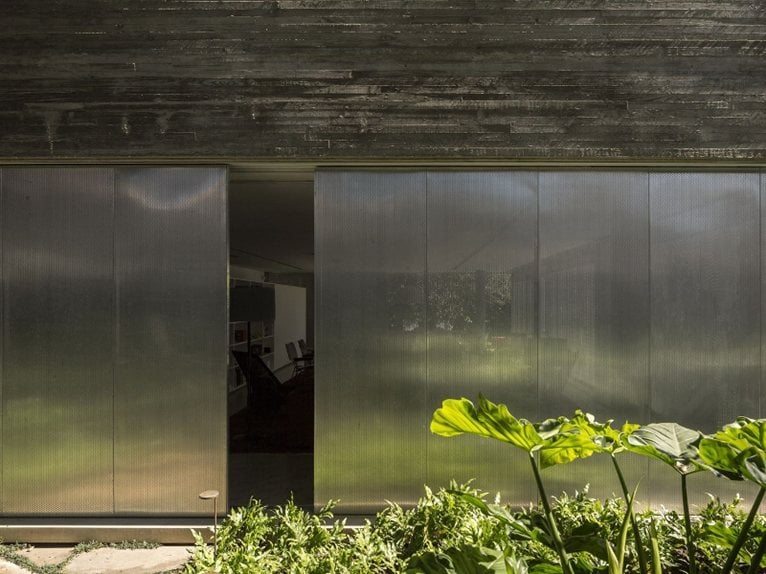 A lower 'portion' of this volume, subtracted to create the effect of a cube suspended on the ground and supported only by slender pillars, has been replaced by sliding perforated metal sheets, which, if open, make the space inside an extension of the outside and if closed, give both privacy and shade. Upstairs, the concrete maintains its density and prevalence, interrupted only by openings that reveal the interior spaces of the bedrooms. 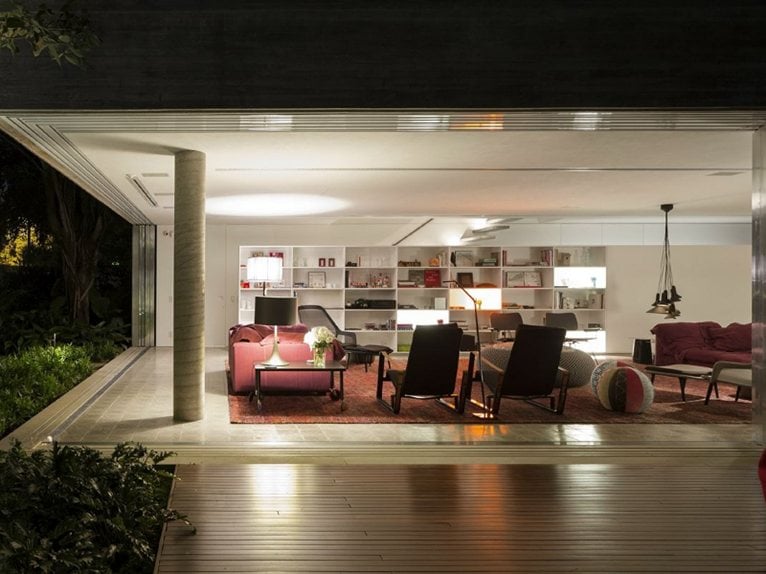 At night Casa Cubo becomes a 'lantern'. The interior space is evident in the façade: the dense volume of concrete is “muted”, giving voice to volumes of internal light, as if they were extruded from the same cube. A monolithic volume, which contains other volumes in its internal void. 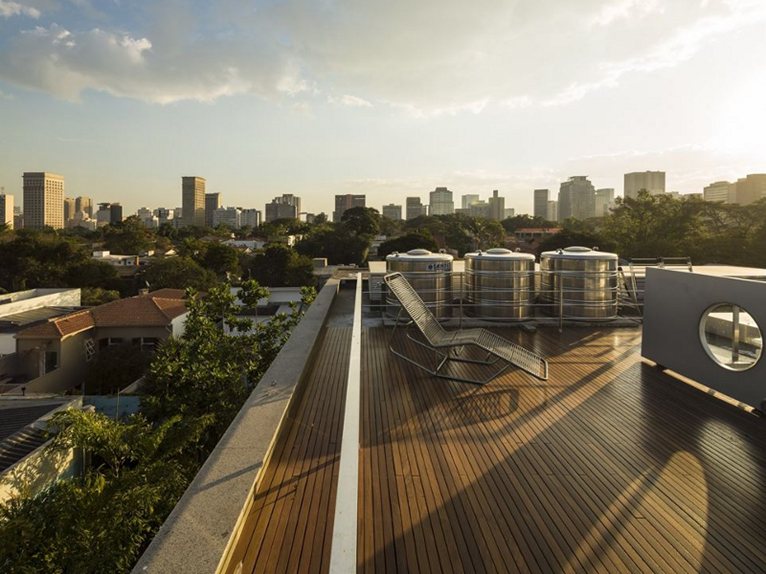