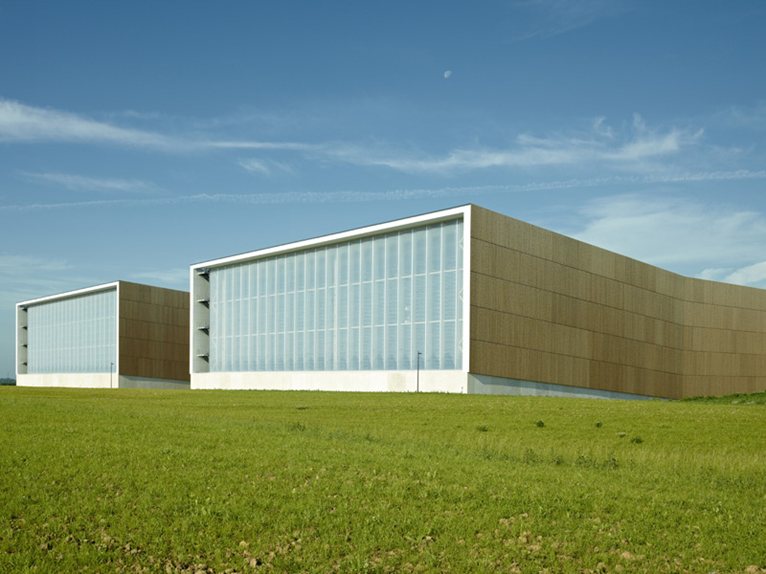 08/02/2013 - Once again there is chance that Denmark can win the prestigious MIPIM Award – the real estate industry's Palme d’Or, which is presented each year at the Mipim property market in Cannes in March.

C. F. Møller’s industrial building Bestseller Logistics Center at the E45 motorway in Haderslev, Denmark is shortlisted in the category 'Best Industrial & Logistics Development'. The logistics centre has already won two other awards in 2012: It was named Building of the Year in the Danish trade magazine Byggeri and was the overall winner of the International Trimo Architectural Award. The project is up against three projects from Korea, Belgium and Spain, respectively.

Among a record number of submissions - over 175 projects from 45 countries – no less than three Danish projects have been shortlisted. Besides Bestseller Logistics Centre, Center for Renhold (Cleaning Facilities Centre) in Copenhagen and Isbjerget in Aarhus (a residential development) are on the shortlist.

Winners will be announced and rewarded during the MIPIM Awards prize-giving ceremony on Thursday March 14, 2013 at the Palais des Festivals in Cannes.

Industrial architecture in a human scale
Bestseller Logistics Centre is an industrial building that would go beyond the typical standardized solutions for logistic facilities, and create a building with a strong identity that would add an experiential quality to its surroundings. The tall mini-load stores therefore take the form of solid, sculptural structures, clad with wooden slats and equipped with transparent sides which allow motorists on the motorway to see the cranes at work. Throughout the building, emphasis has been placed on allowing daylight to enter, and on creating an intimacy with the landscape and the views, including the local farmland.
There has been a strong focus on sustainability in the planning, e.g. the use of recycled materials in the construction process, large-scale green roofs, and the use of renewable energy such as solar and biodiesel for heating.
The site surrounding the centre, covering approximately 500,000 m2 in all, has been designed to form a natural area with oak woods, wetlands and meadows with grazing cows, which will create a fertile environment for a rich flora and fauna.