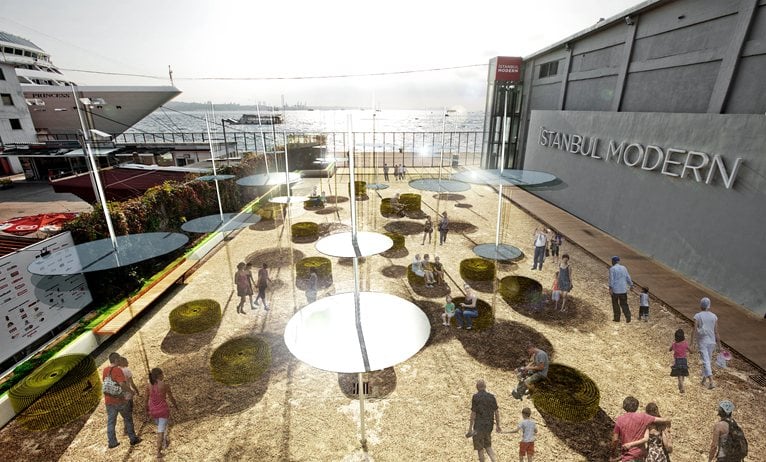 The Sky Spotting Stop designed by SO? Architecture and Ideas, wins YAP Istanbul Modern the international programs will be exhibited at Istanbul Modern, MoMA PS1, MAXXI, and CONSTRUCTO.

The project will be built in early June in Istanbul Modern’s courtyard. It will host special events addressing especially the young audience and can be used throughout the summer of 2013 by museum visitors of all ages.

Sky Spotting Stop is a temporary site-specific installation that shades the courtyard of Istanbul Modern while floating gently on the hidden waters of the Bosphorus, projecting its host space upon the city. Istanbul Modern’s courtyard is partly isolated from urban flow despite its very central location; thanks to this ephemeral, albeit lively addition, which will serve as an intriguing spot for the museum’s exterior, the courtyard will become part of the skyline. While the illuminated mirror plates create a constantly changing background for events at night, they provide undulating shadows during the day. On the ground, an altering landscape made of mobile reused elements transforms the courtyard into a new stop in the city for sitting, resting, gathering, playing, or “sky-spotting.” 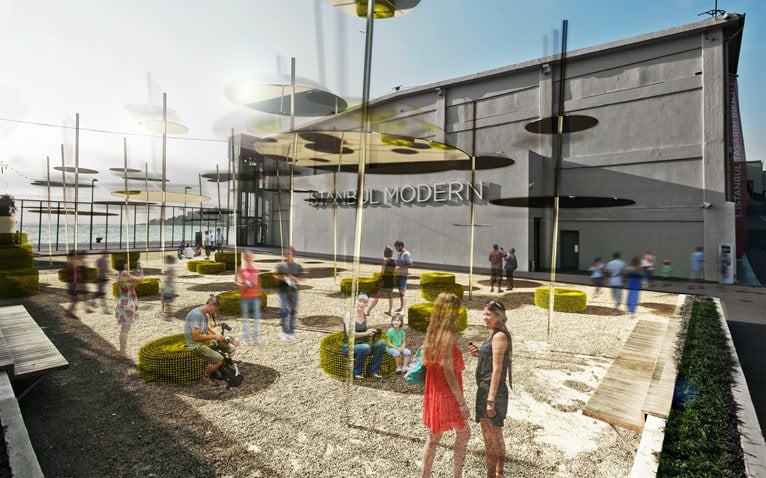 The president of the jury, Suha Özkan explained: “The Jury has unanimously selected Sky Spotting Stop by SO? to be implemented in the courtyard of Istanbul Modern. In the proposal by SO?, the total functioning of the components creatively derives its energy from the site. This energy, taken from the immediate environment, also has the potential to generate additional energy. The project is a celebration of movement and light. Fragmentation of the canopy into individual circular panels transforms the movement of the reflected light into poetic waves of light and shade.
Patches of reflected light dancing in the dark and shadows that float during the day add amazing vitality to the environment. The multiple functions of the fragmented canopy render the project rich, engaging and playful.” 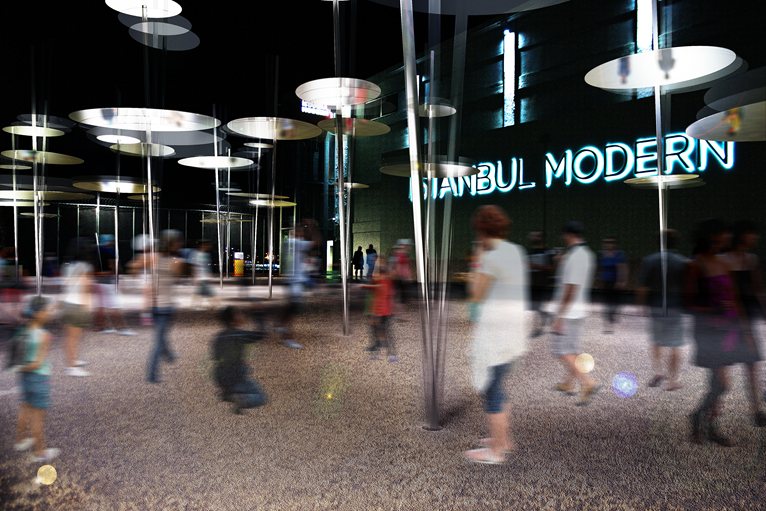