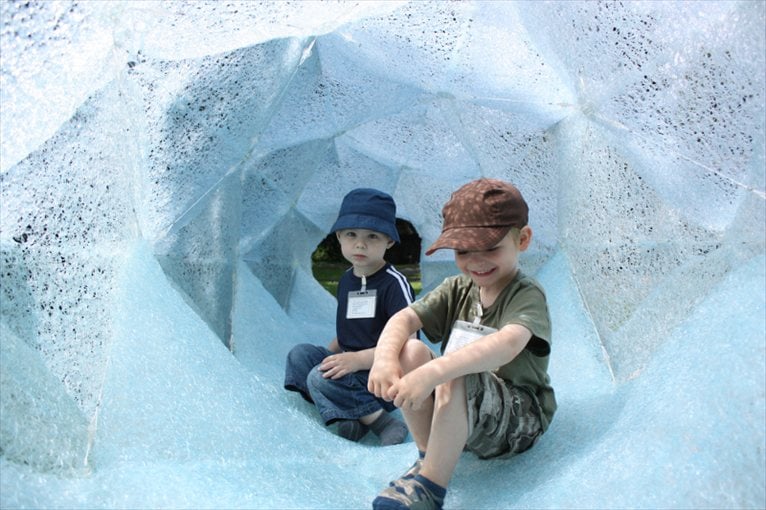 This is the second version of Aqua-scape which Fujiki Architectural Design Studio had completed in 2006 as the first prototype of “Whole Plastic Architecture” in Japan. 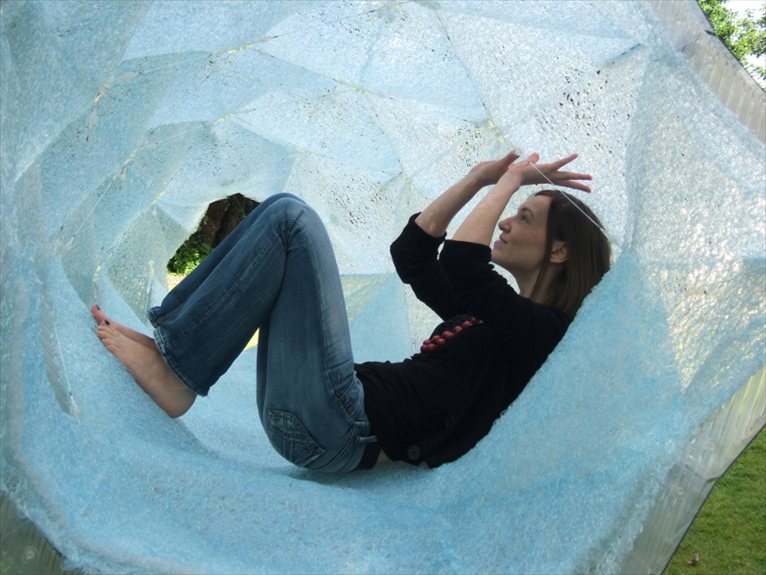 "We were received an e-mail from Beam Gallery in United Kingdom and requested to carry Aqua-scape from Japan to UK. But, We thought it was impossible because Aqua-scape was big and heavy. So, We proposed a half size of Aqua-scape to Beam Gallery. We hoped the new version of Aqua-scape would become more transparent, more amorphous, lighter and smaller than the first version. 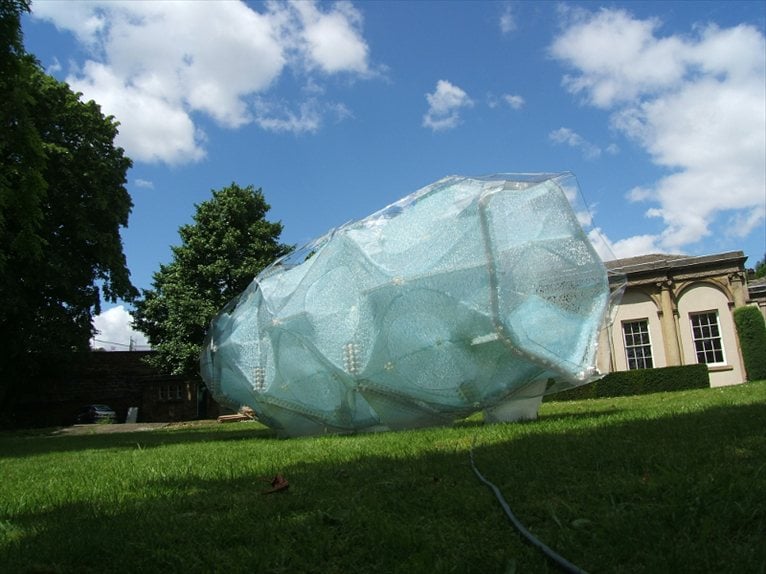 For that reason, it was very difficult for us to make a half size Aqua-scape. It needed to take one year in order to complete Aqua-scape The Orangery version. 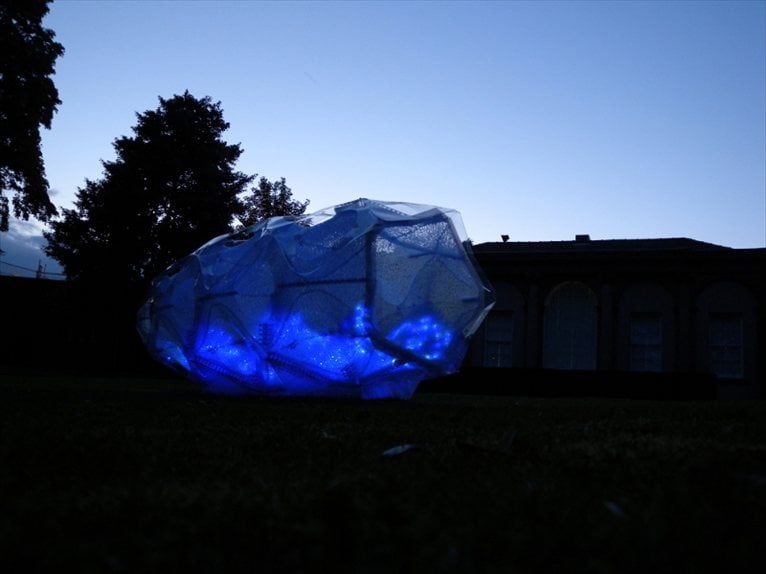 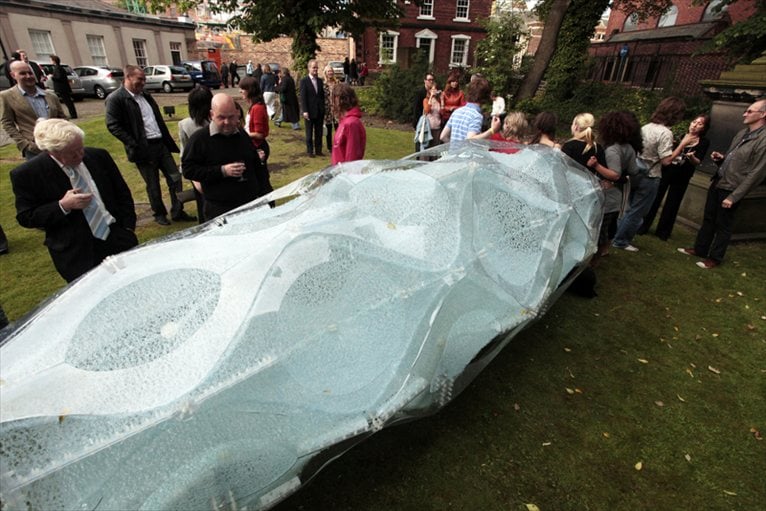 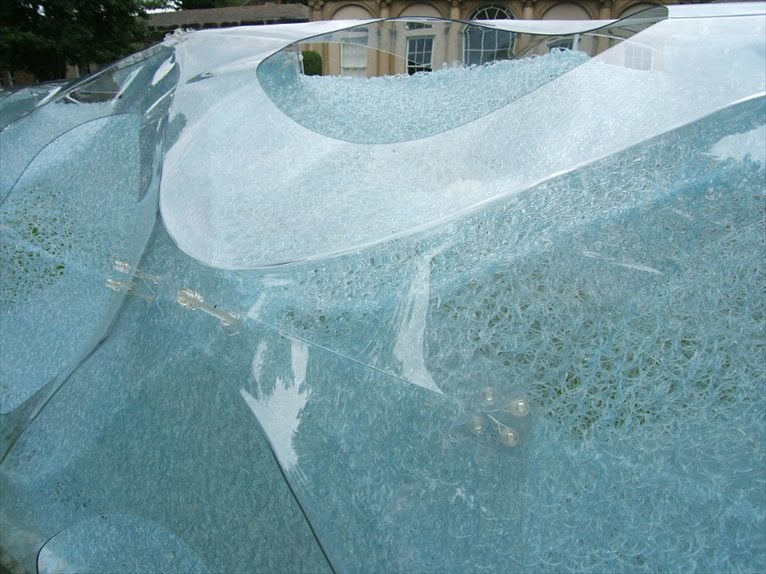 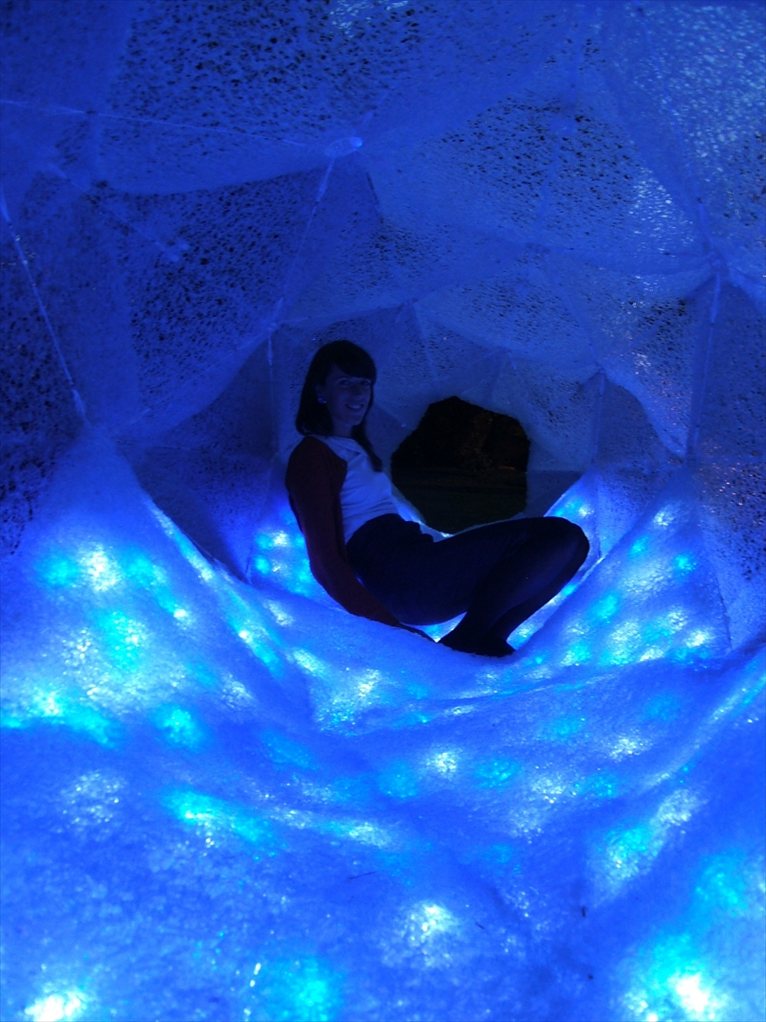