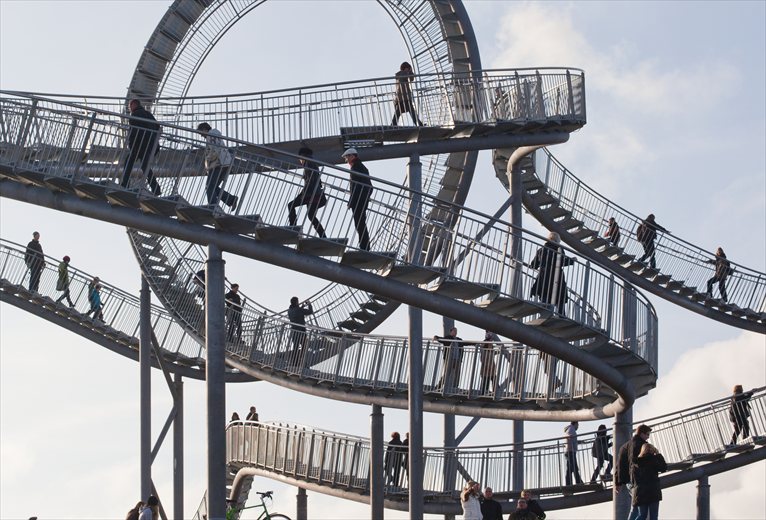 Since November 2011 the large-scale sculpture "Tiger and Turtle - Magic Mountain" in Duisburg Wanheim (Germany) design by Heike Mutter & Ulrich Genth, is accessible for the public. It overtops the plateau with the artificially heaped-up mountain by 21m the visitor can climb the art work by foot, by more than 45m above the level of the landscape and enjoy an impressive view over the Rhine.
Led-lights are integrated in the handrails and highlight the flight of stairs so the sculpture is accessible at night, too. 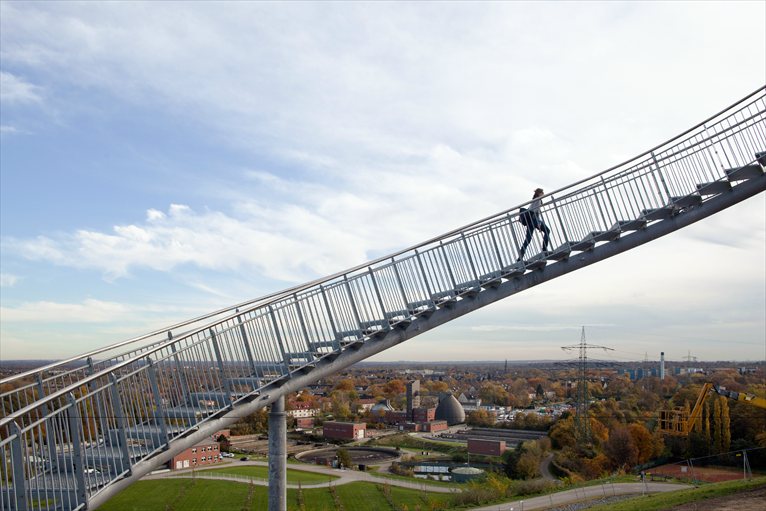 The dynamic sweeps and curves of the construction inscribe themselves like a signature into the scenery and soar till the height of 21 meters. From a distance the metallic glossy track creates the impression of speed and exceeding acceleration.
Viewed from close up, the supposed lane turns out to be a stairway which, elaborately winding, follows the course of the rollercoaster. 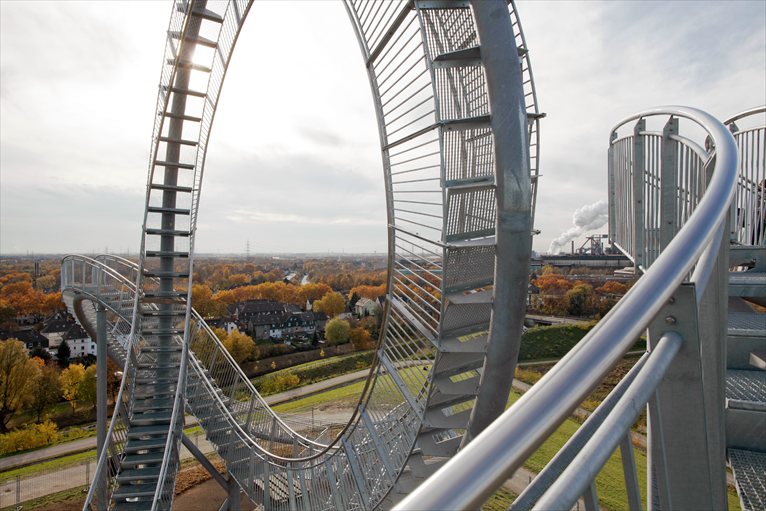 Although the course describes a closed loop, it is impossible to accomplish it as the looping emergesto be a physical barrier.
On top, at the highest point of the sculpture – 45 meters above ground – the visitor is rewarded with an extraordinary view over the landscape of the Western Ruhr.
“Tiger and Turtle” refers with its immanent dialectic of speed and deadlock to the situation of change in the region and its turn towards renaturation and restructuring. While the sculpture conveys an absurd twist regarding the inherent expectation of the image created by a rollercoaster, it reflects its own role as potential trans ‐ regional lanmark which will be inevitably pocketed as image. 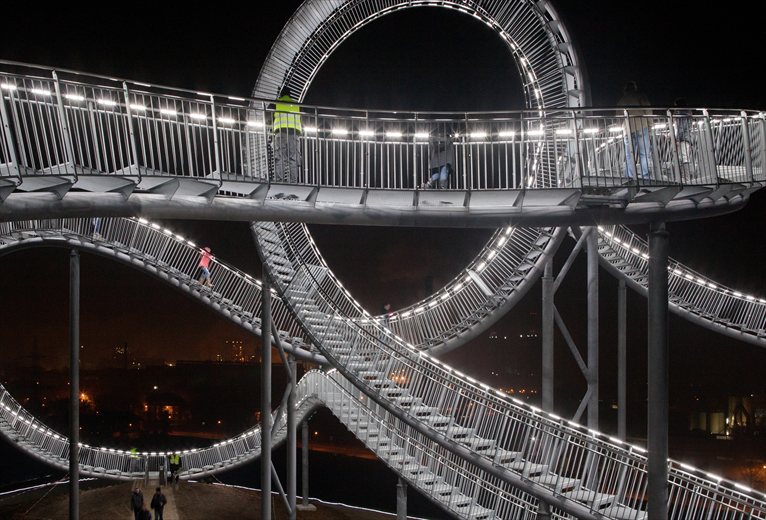 It counters the logic of permanent growth with an absurd-­ contradictory sculpture that refuses a definite interpretation.
With 44 x 37 meters base and 21 meters construction height the sculpture is not only one of the largest in Germany, but also a masterpiece of engineering.
Especially the draft ofthe stairs (developed in collaboration with Arnold Walz) consequentially and elegantly winds along the three­dimensional shape that is in every spot different and therefore harbours a so far never accomplished challenge.
Heike Mutter and Ulrich Genth create together artistic projects in public space and exhibition venues since eight years. Their works are site-­ specifically and contextually developed and reflect in a magnifold way the conditions of publicness. Since 2007 the artist duo lives and works in Hamburg where Heike Mutter holds professorship at the Hochschule für bildende Künste. 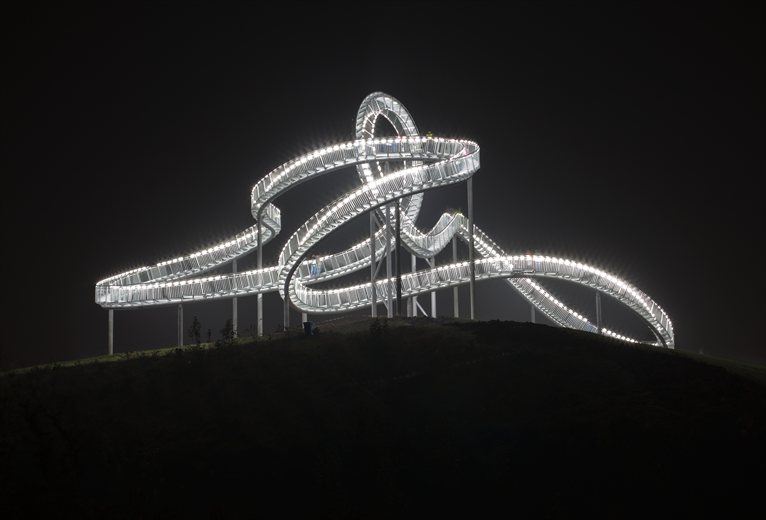