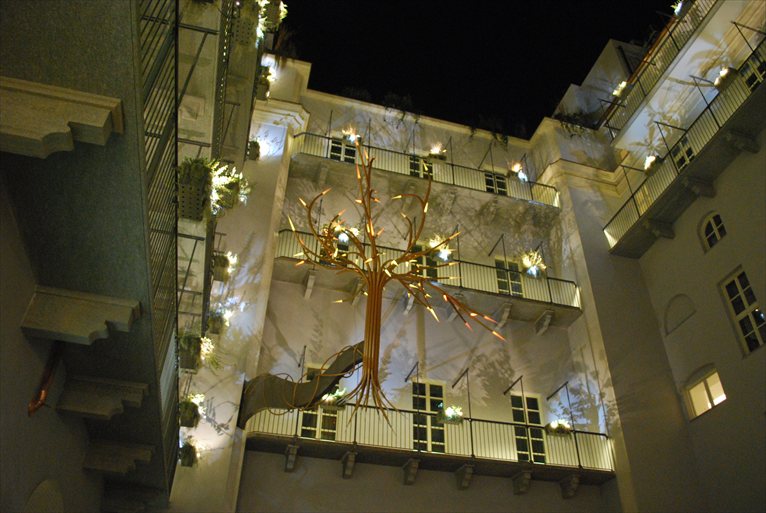 After the renovation, it's going to reopen the 6th of February the Palazzo Valperga Galleani in Turin (Italy). The restoration project was designed by the firm Building Engineering.

Over the centuries the palace, built in 1663 by Maurizio Valperga and expanded in 1781 by Michele Luigi Barberis, has undergone deep transformations in both its form and use.

The Art is in the foreground of the restoration plan for Palazzo Valperga Galleani. Indeed, it’s an integral part of the entire recovery project. The design and creation of a specific body of artistic works for the building - which could also surprise and give pleasure to curious passersby - was commissioned to Richi Ferrero. 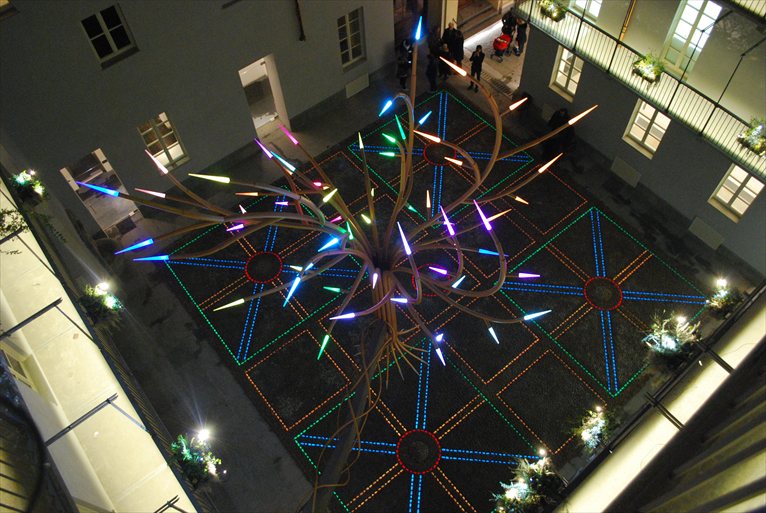 The artist’s creation is an original artistic pathway which includes the ‘Giardino Verticale’ (Vertical Garden), the ‘Giardino Barocco’ (Baroque Garden), ‘Come se a Torino ci fosse il mare’ (As if Turin were on the sea) and ‘La Maschera’ (The Mask). His project’s design arises from the significant intention to reinterpret the original Baroque garden as a reference to “dreamlike space”, considered as a moment of refined and rigorous decoration of the public space.

The use of light implemented by Richi Ferrero has made it possible to carry out an important revival which, by exploiting the weightlessness of the emissions, returns to onlookers’ memories the distinguishing mark of the public spaces characterized by a garden that no longer exists and by a still existing though restyled court yard. A pattern of stones and lights in the courtyard - achieved using 748 resin bars of glowing stones and a 300 metre long illuminated strip - recreates a classical Baroque model with grey-bluish and warmer sand coloured cobblestones which are matched with carefully blended light colours. 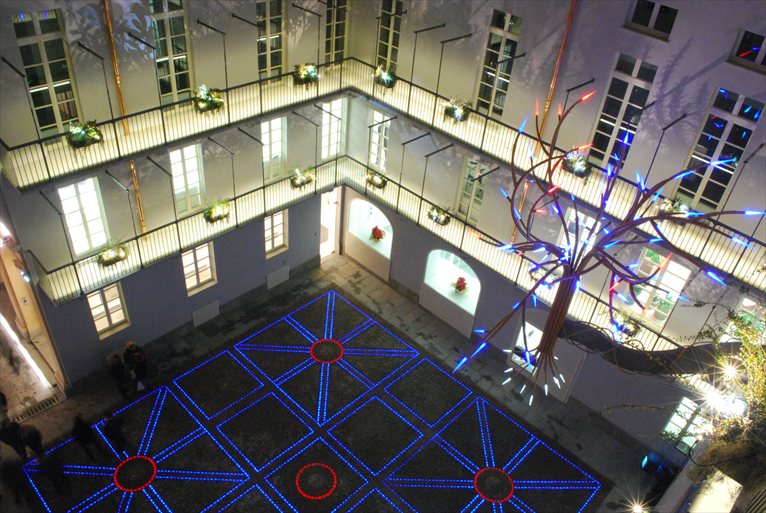 Around and above the tree the marks are simplified: the garden rises, referenced in the 82 aromatic flower boxes lit by 246 LEDs emitting hot and cold light and hung from the long balconies – in turn enriched by a 230 meter mini-flow of warm light.

At the summit the garden opens up to the magnificence of the hanging flower boxes in dialogue with the sky: as long as the sun sheds its natural light which consents plants and flowers to grow it is still nevertheless a lighting action that enhances the poetry of these flower beds suspended between earth and sky, until darkness permits their daily rest. The Vertical Garden is closed by triangular elements - decorated by the cascading greenery - which alternately peer out from the high squaring of the Palazzo, and open towards the skies thus determining that essential connection for the formal balance of the ensemble. 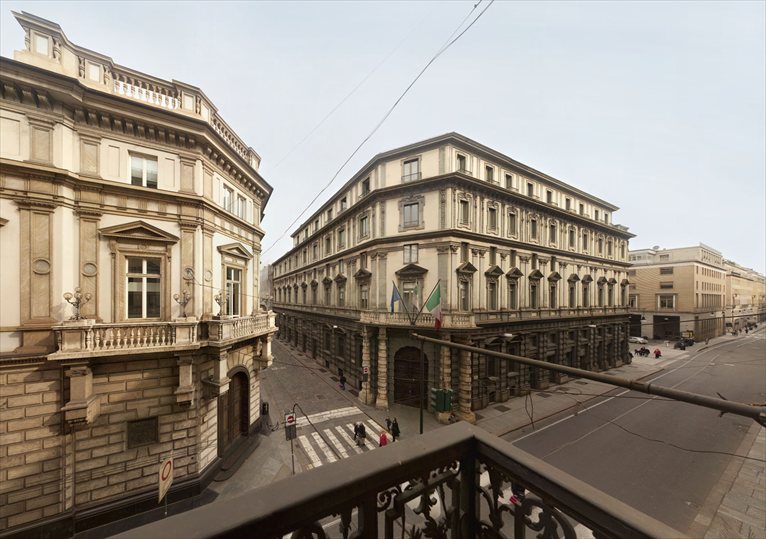