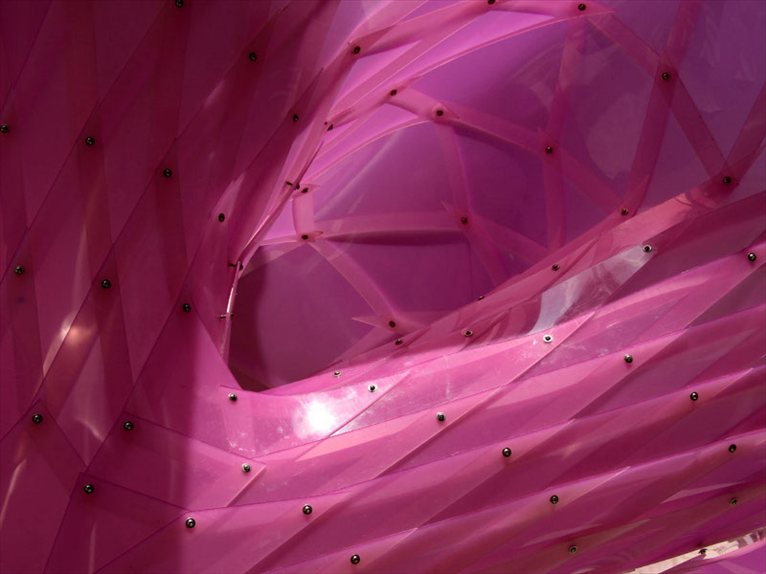 18/01/2013 - The project OR2 by Orproject has been awarded this year’s Good Design Award by the Chicago Athenaeum. GOOD DESIGN ™ is the world’s most prestigious, recognized, and oldest Design Awards program organized annually by The Chicago Athenaeum Museum of Architecture and Design in cooperation with the European Centre for Architecture, Art, Design and Urban Studies.

“It is a great honour for us to have received such a prestigious award.” says Francesco Brenta, and his partner at Orproject Christoph Klemmt adds: “It was our intention to create an outstanding space which functions ecologically, and we are very pleased that our design and realisation have been valued by the jury.”

Or2
Or2 is a single surface roof structure which reacts to sunlight. The polygonal segments of the surface react to ultra-violet light, mapping the position and intensity of solar rays. When in the shade, the segments of Or2 are translucent white. However when hit by sunlight they become coloured, flooding the space below with different hues of light. 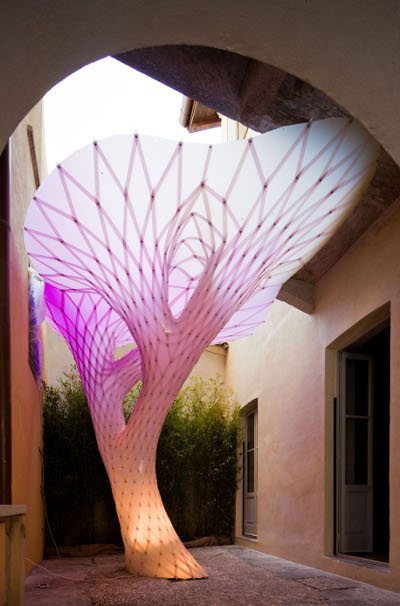 During the day Or2 becomes a shading device passively controlling the space below it. 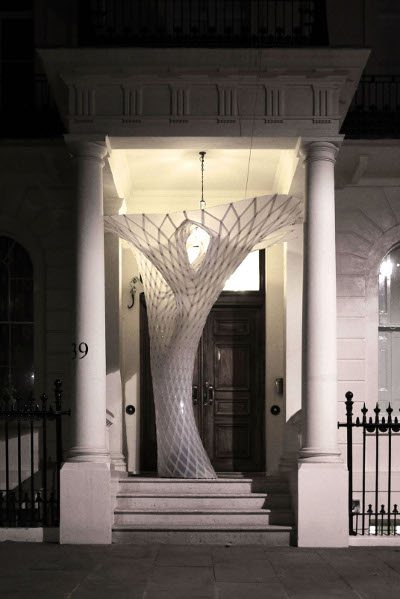 At night Or2 transforms into an enormous chandelier, disseminating light which has been collected by integrated photovoltaic cells during the day into the surrounding areas.

Special software components have been developed in order to create the shapes and to generate the cutting schedules. The individual elements were then automatically numbered and water jet cut. Or structures are the first ones to employ photo-reactive technology at an architectural scale, exploring its applicability to the fields of construction and design. The beauty of Or2 is its constant interaction with the elements, at each moment of the day Or2’s appearance is unique.

“The design and construction of Or2 involved the hard work of many individuals and companies, and we would like to thank all those for their exceptional support!” says Laura Micalizzi.

Design - Construct - Sustain
Orproject is an architecture and design practice set up in 2006 by Francesco Brenta, Christoph Klemmt, Laura Micalizzi and Rajat Sodhi. Our work explores advanced geometries with an ecologic agenda, the integration of natural elements into the design results in an eco-narrative unfolding into the three dimensional space. Our projects range from experimental small scale installations to large real estate developments. We produce high end luxury design, covering all aspects of a project from design and planning to practical completion. Our work has been published and exhibited widely, amongst others for the Furniture Fair in Milan, at Palais de Tokyo in Paris and at the National Museum of China in Beijing.

Rajat Sodhi says: “We are very happy that our work has been valued like this, and we are looking forward to develop our ideas further for large scale buildings.”

The installation has been specifically designed and erected for the Italian Cultural Institute as part of the London Festival of Architecture.

For more information on the award please visit www.chi-athenaeum.org/gdesign