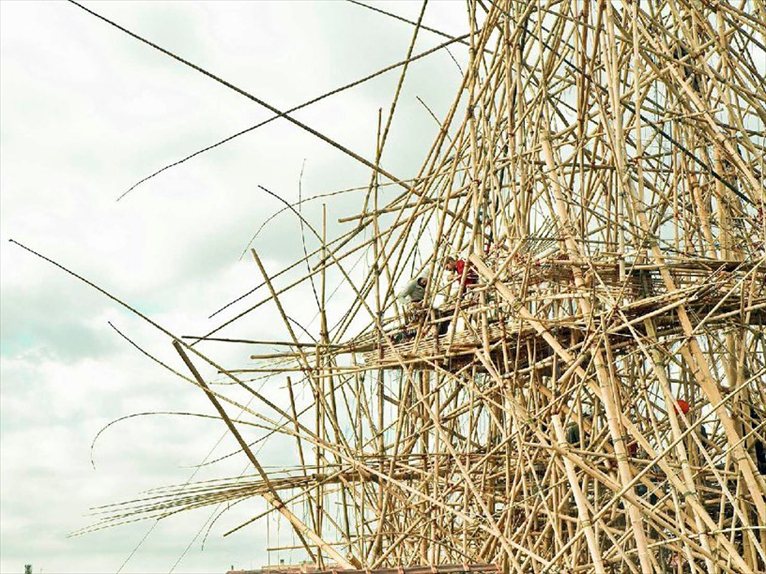 18/01/2013 - Under the artistic direction of Francesco Bonami, the international award Enel Contemporanea is given to Mike and Doug Starn for the fiftieth anniversary of Enel company and for the city of Rome. 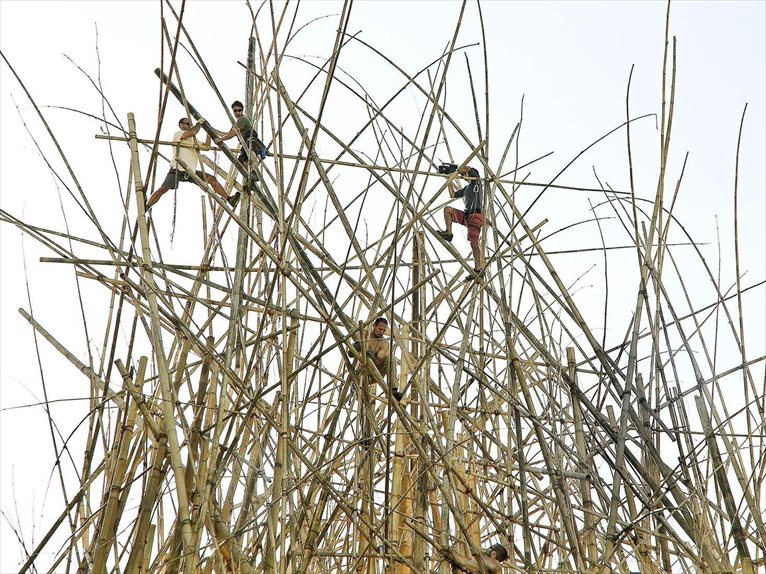 "Through this work, Big Bambù in Rome, the Starn brothers have shown that it is possible to create one of the very few pieces of contemporary art that despite being presented as a sculpture embraces organics and life and demonstrates the ability to draw in the spectator and englobe the viewer as an integrating part of the process...These sculptures, albeit of enormous dimensions, are in no danger of expressing neither monumentality nor self-celebration. The series in bamboo is in reality an “anti-monument” that lauds the creative process and conviviality... a “magical” piece of architecture and sculpture that answers to the individual’s culture rather than a collective one despite being the fruit of a collective effort. ...It is not a piece that can be banally termed ecological. It is biological. From its conception to its realization to ultimately its fruition, this piece has always been alive".
Francesco Bonami 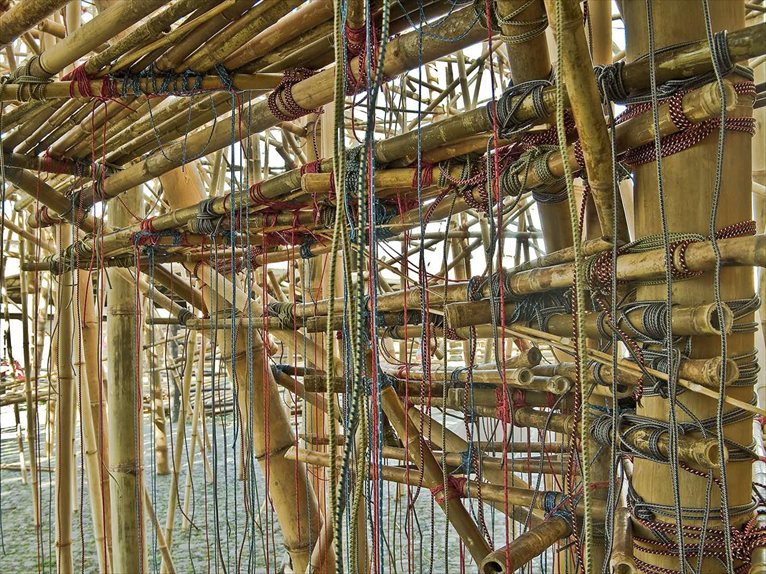 This incarnation of Big Bambú eventually rising to 80 to 100' high (25 to 33 meters), is currently being permanently installed at the Macro Museum in the Testaccio district, becoming a symbol the burgeoning neighbourhood and of the museum located within the former stockyards of Rome. 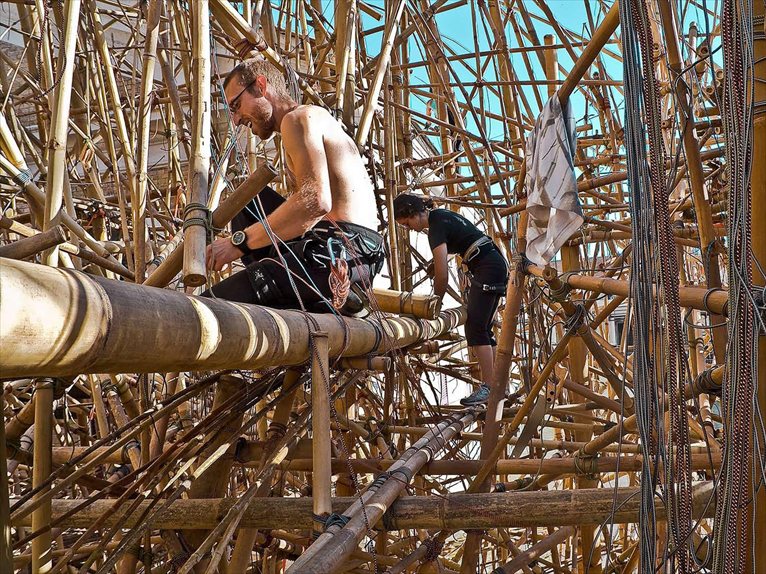 The crew is comprised of 15 US based and 10 Italian rock climbers, there is an elevated performance space stage within, and seating for about 50 people. A double helix stair and labyrinth paths take the visitor up over 50' high to two 'living rooms',  and will allow 80 to 120 visitors at a time to wander freely.

The sculpture will be open until next October 31.