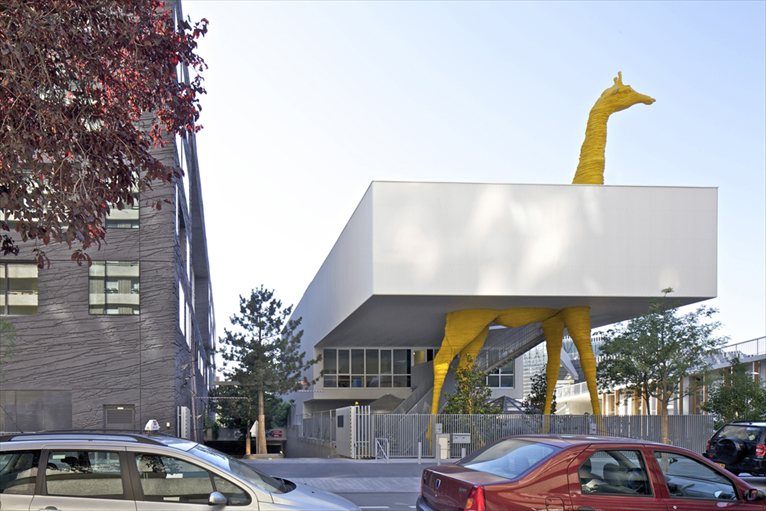 A big yellow giraffe occupies the skyline of the district in Boulogne Billancourt a suburban area in Paris. The cute animal didn't escape from any zoo, it's just the new landmark imprisoned into the Giraffe childcare center locates in the C1 block of the Seguin Rives de Seine. The project designed by the French studio Hondelatte Laporte Architectes Sèvres neighbourhood, built in the 70’s, and the new area called le Trapèze. 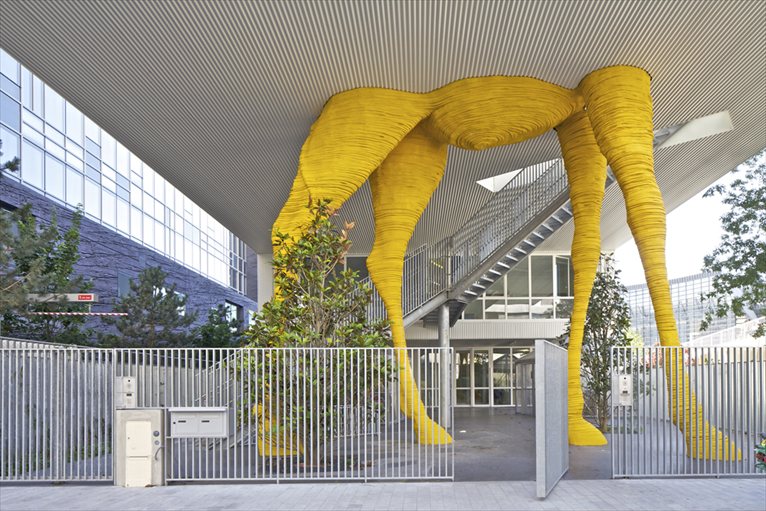 Questionable the choice to insert into the structure such a huge element, which looks like a urban installation of some provocative artist. Certainly it expresses effectively the metaphor of urban jungle turning the architecture into a storytelling. The giraffe has become a banner for the nursery and for the neighborhood since it is visible in the surrounding area from all angles.

The rest of the building looks quite simple. The structure is composed of three tiers. Each of the south-facing playgrounds is in continuity with the interior spaces. Viewed from the surrounding towers, the regular sequence of terraces offers a real « fifth facade » to the neighborhood. The facades of the building are made out of white corrugated iron that provides a minimal background for the other guests of the building: a polar bear and a group of ladybirds. 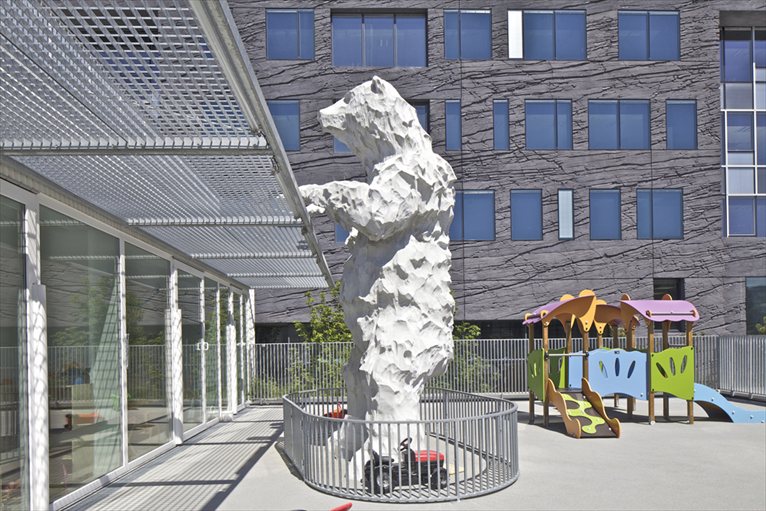 "The idea is to animate the urban landscape by using a child’s imagination. The wild animals appropriate the space; a giraffe appears to be peacefully eating the leaves of the trees from the neighbouring park, a polar bear tries to clamber up the steps, while a family of ladybirds climbs the façade in an attempt to reach the interior patio" said Hondelatte Laporte Architects "Through their affable form, the lively animal sculptures invite us to live our dreams. These playful and dreamlike sculptures introduce a little bit of fantasy into the routine life of the town in order to inspire our lives with a bit of poetry." 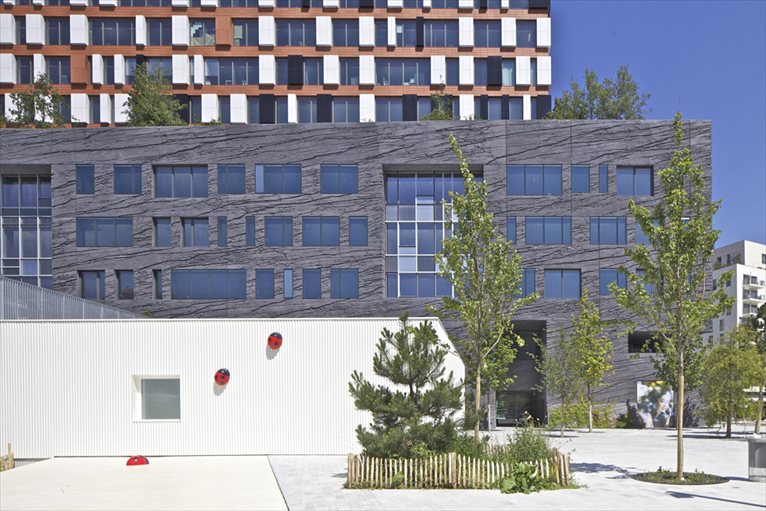 The program houses a 60 bed childcare center and 20 bed day nursery. The building has been awarded the green “zéro Energie Effinergie” label.

Photography is by Philippe Ruault