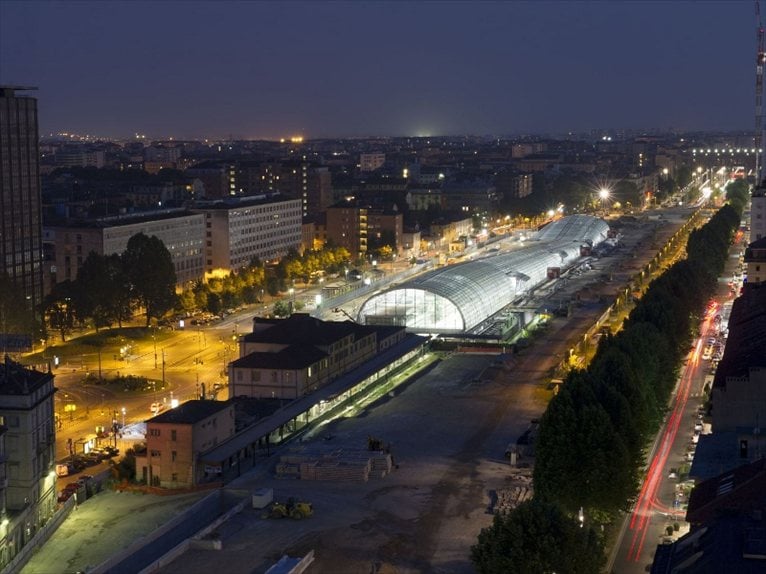 The opening ceremony of the new Porta Susa railway station, the first Italian high-speed station on the Paris-Rome line was held in Turin on Monday 14th January. It was designed by AREP (group leader) with Silvio d'Ascia - Architecte and the architect Agostino Magnaghi.

A heavily guarded ceremony was held in the presence of Prime Minister Mario Monti, President of the Italian State Railways, Lamberto Cardia, the CEO Mauro Moretti, the Mayor of Turin Piero Fassino, the President of the Piedmont Region Roberto Cota and other regional and provincial dignitaries.

Turin Porta Susa, the gateway between Italy and Northern Europe, is conceived as an urban place in continuity with the city, its Roman plot, its public spaces that offer a concentration of transport and services. A true interchange centre that enables travellers to easily access the different transport systems: high-speed trains, regional trains, metro, buses, trams, cars and two-wheelers.

On completion of this major project, an urban tower of services (hotels, offices, and public facilities ) accessible to the public, will be built to the south, in a direct continuation of the station. 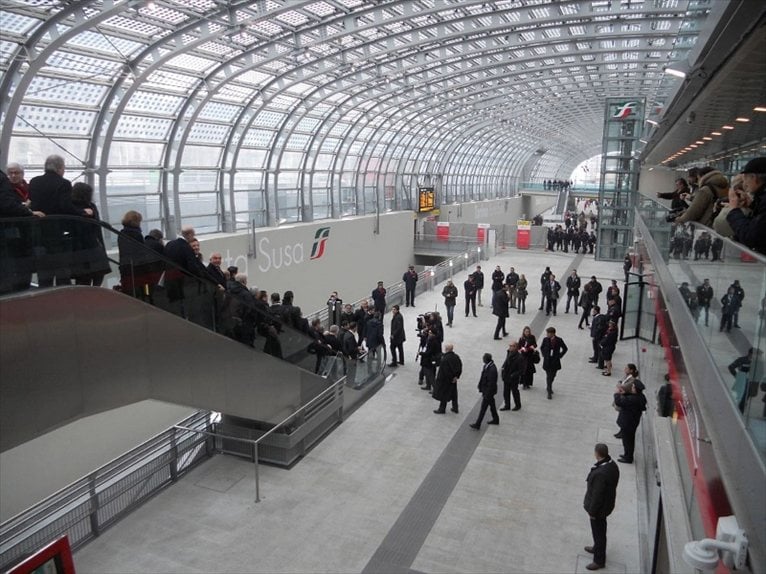 The station consists of a long magnificently glazed gallery 385 m long and 30 m wide, broken every 100 m by traverses located in the direction of the extension of the streets of the block. At the same level as these passages, the access are marked by lifting doors moulded in the glass, which welcome visitors through a large opening. Inside the gallery a series of steel and glass volumes are on a two level concrete base, occupied by car parks and technical rooms.

The gallery, which is like a covered street, leads south to a tower of public services and north to a square in which slopes gently, joining the historical city with the old station. The walkways consist of a system of multiple vertical circulations that provide easy connections between the five levels of the station. 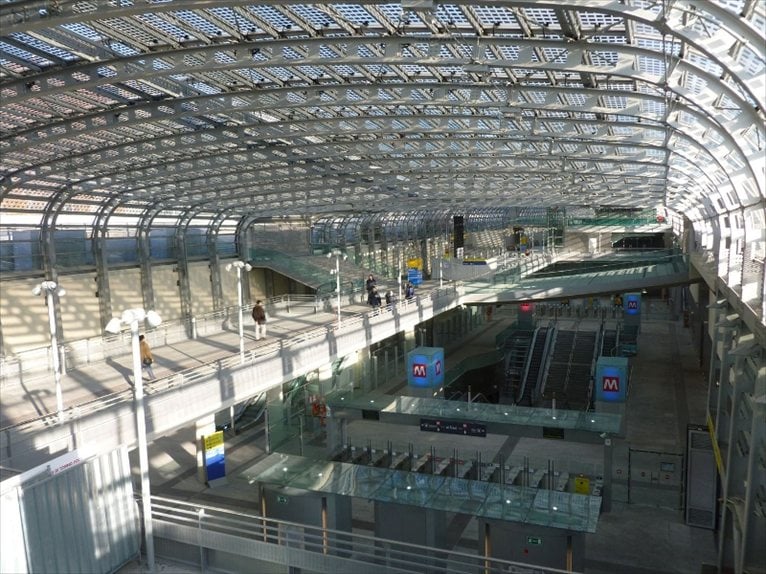 The station of Turin Porta Susa, an urban and intermodal place, is an innovative project in which references to the past are sensitive and clear: on the one hand the great 19th century urban galleries of the Italian cities, on the other hand, the large halls of the historic 19th century European stations.