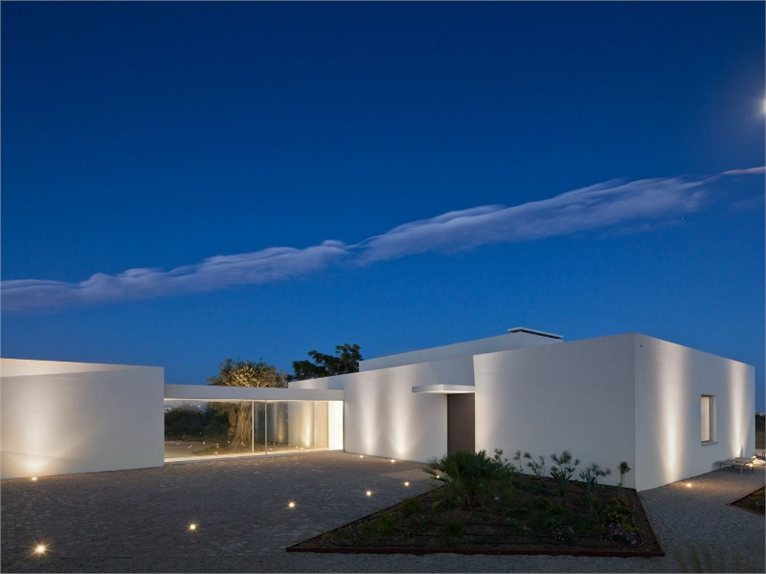 Built in an area occupied by an existing building, Vitor Vilhena Arquitectura's project for House in Tavira, was created with the aim of generating two areas with separate identities, defined by two new volumes, one with a linear geometry and the other with an irregular design, linked to each other by a glazed connection.

House in Tavira is located in an area in the Algarve region, in southern Portugal, not far from 'Monte Luz', an expanse characterized by a typically Mediterranean landscape, dotted with olive trees. 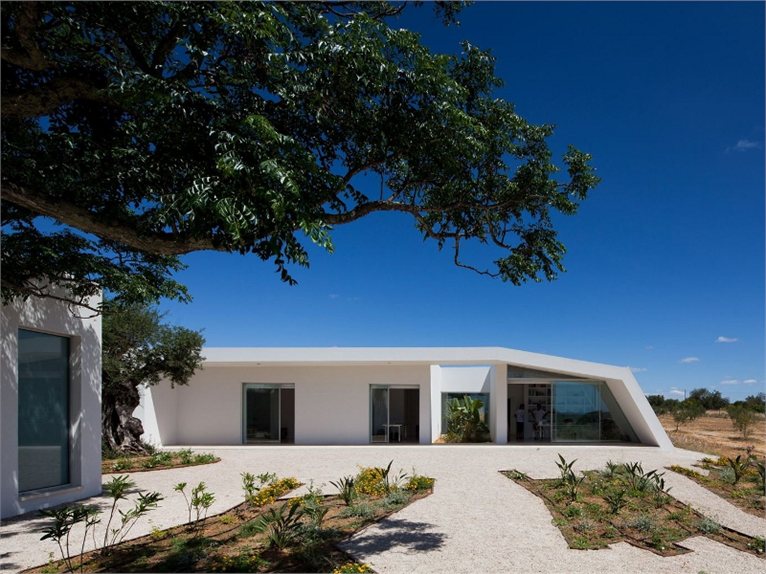 Among the major constraints of the project was a need to combine the margins of the new buildings with the boundaries of the existing building, while respecting the local features, the relationship between the context and nature of the intervention. 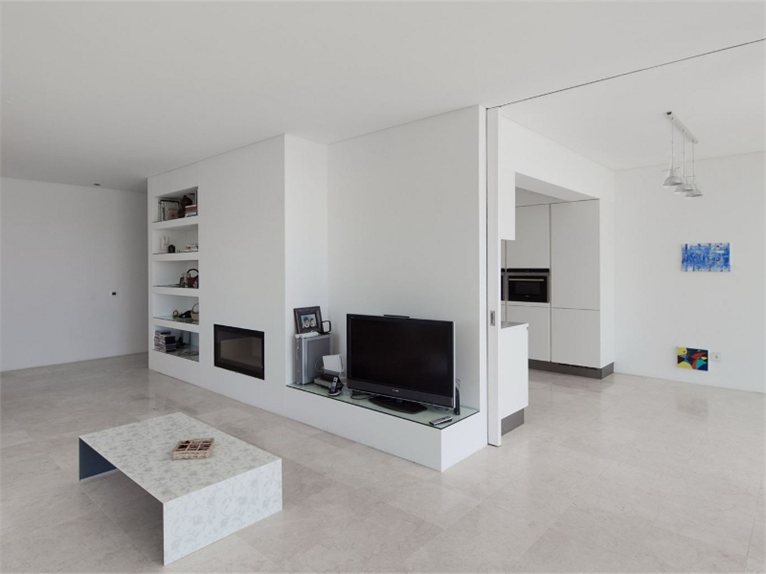 Three different geometries characterize the overall result obtained: three different bodies which correspond to three different ways of living and dwelling in the architectural space. Interstitial spaces that separate volumes serve to reinforce the idea of the differences, which are reunited through the glass corridor, an element of continuity, transparency and brightness.