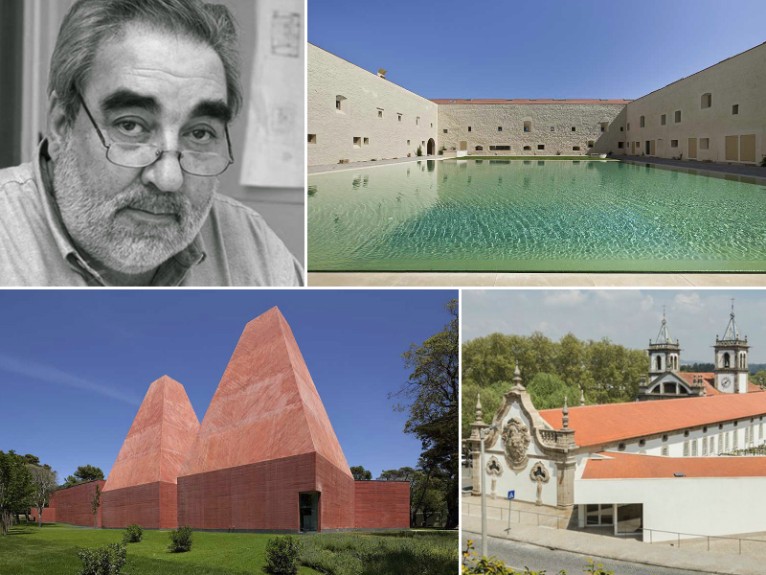 The Architect will receive the prestigious recognition, for the high classical formation in architecture, on Friday the 24th of March, 2017, at the Casa dell’Architettura – Acquario Romano in Rome, where he will offer a lectio magistralis during which he will outline the salient moments of his professional career from its beginning in 1980.

The conjoint announcement is being made by Presidente Emerito of the Accademia Adrianea, Prof. Arch. Romolo Martemucci, the President of the Ordine degli Architetti PPC di Roma e Provincia, Alessandro Ridolfi, the Director of the Premio Piranesi, Luca Basso Peressut and Federico Bucci, Pro Rettore of the Polo Territoriale of Mantova of Politecnico di Milano, after ample discussion on the candidates – started already in the month of June 2016 – with other members of the Scientific Committee, professor Livio Sacchi (Consiglio Nazionale degli Architetti PPC), Luigi Spinelli and Barbara Bogoni of the Polo Territoriale of Mantova and Pier Federico Caliari, curator of the Piranesi Prix de Rome.

Souto de Moura, born in 1952, and winner of the Pritzker Prize of 2011 (considered the Nobel prize equivalent in architecture), is one of the most noteworthy and influential architects of the world. He started his studies at the Italian School of Oporto. He then attended the School of Fine Arts where, as aspiring artist, he studied sculpture. Subsequently, his interest in architecture prevailed and took him to the Degree in 1980. He was a collaborator and assistant of Alvaro Siza (other Portuguese Pritzker winner) at the Architecture Faculty of the University of Porto.

He is currently Full Professor at the Polo Territoriale of Mantova of Politecnico di Milano where he teaches Architectural Design in Historical Contexts and Architectural Design. In addition he has taught architecture at Geneva, Paris-Belleville, as well as Harvard University, Dublin, ETH Zurich, Losanne, and the Accademia di Architettura in Mendrisio.

Among his most noteworthy projects: The Centro Culturale of Oporto (1981-1990), the House in Alcanena (1987-1992); the Casa of Cinema Manoel de Oliviera in Oporto (1988-2002); the Braga Municipal stadium (2000-2004); the Contemporary Art Center in Braganca (2002-2008); the Casa das Histórias Paula Rego in Cascais (2005-2009); Casa das Artes in Oporto; the redesign of the customs building of Oporto into the Transportations and Communications Museum (1993-2002); the redesign of the Convent of Santa Maria do Bouro (1989-1997); the Cultural Center Miguel Torga in Sabrosa (2007-2011); the Paula Regola Museum (2005-2009); the redesign of the Convento das Bernardas at Tavira (2006-2013) and the Municipal Museum Abade Pedrosa (MMAP) and International Contemporary Sculpture Museum (MIEC)
.
Souto de Moura has, in addition, received many awards and honors from prestigious public institutions the world over. Among these, the already mentioned Pritzker Prize, the International Prize for Stone in Architecture from Verona, the First Prize in the Biennale Ibero Americana for the project of the Pousada Santa Maria do Bouro, the Premio Pessoa, and the Heinrich-Tessenow Gold Medal. He has been nominated member of the American Academy of Arts and Sciences; has been inducted with the grade of Grand Officier to the Ordem Militar de Sant’Iago da Espada of Oporto and nominated Honorary Member of Royal Architecture Institute of Canada, Honorary Member of the Order od Architects of Portugal, and inducted Member of the Academy of Arts in Berlin – Architecture Sector.

The name and works of this portuguese master constitute a new and important chapter in the recent history of the Piranesi Prix de Rome, that adds to and enriches its gold album list of high profile recipients which have made contemporary architecture the field of privileged application for a continuous research on the essence itself of architecture and its permanent classical values in the constant reiteration and becoming of reality, from Rafael Moneo to David Chipperfield, from Peter Eisenman to Bernard Tschumi and Yoshio Taniguchi.