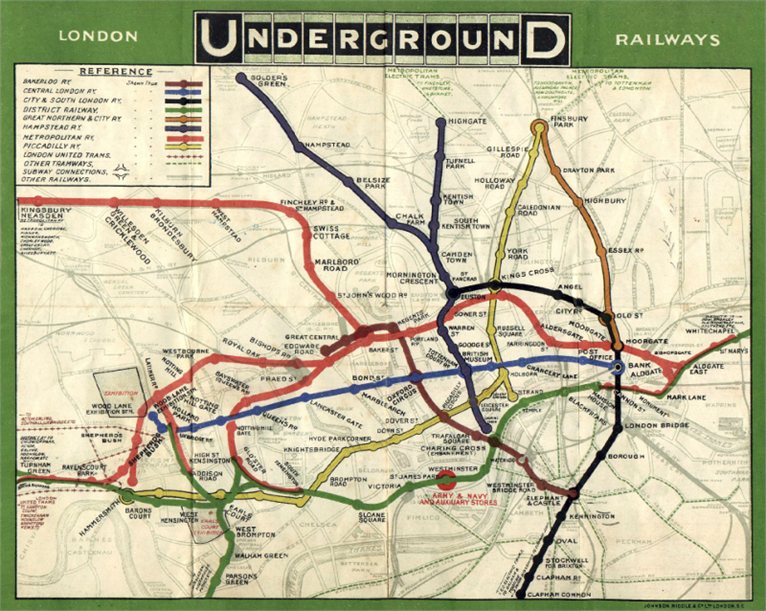 Today, London celebrates the 150th anniversary of the London Underground (the first section from Paddington to Farringdon was opened on 10th January 1863). The technique used was “cut and cover” method, whereby a shallow cutting was excavated along the street and later covered. 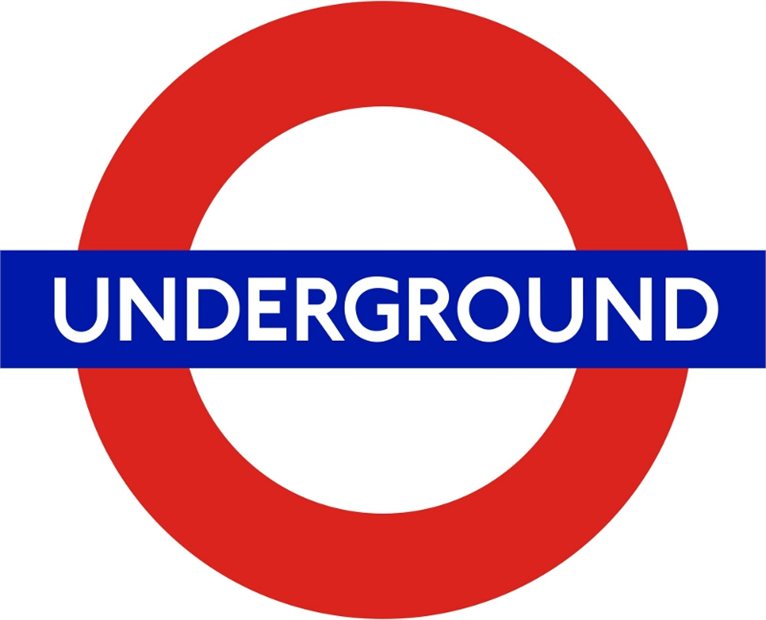 The London underground or the “tube” as it is better known (the name comes from the tube shaped tunnels which you can see while standing on the platform of any tube station or when the trains appear overground in some parts) has become a symbol of London as much as Buckingham Palace or the Palace of Westmister and the Elizabeth Tower (Big Ben) and is generally recognised by the famous Roundel: a red circle with a blue bar accross with the words “underground”. Indeed as Moira Sinclair, Executive Director of Arts Council England, said: “Nothing quite says London like the Roundel”. Art and the underground do in fact go hand in hand as Transport for London's “Art on the underground” series bears witness to and many underground stations over the years have become real art exhibitions. Artists have been commissioned to produce works of art for the underground and some have even been involved in the interior design like in the case of Southwark station for which artist Alex Beleshenko won the Royal Fine Art Commission Trust millennium building of the year award in 2000 thanks to the station's Blue Glass wall which gives the station the magical feel of a theatre backdrop. 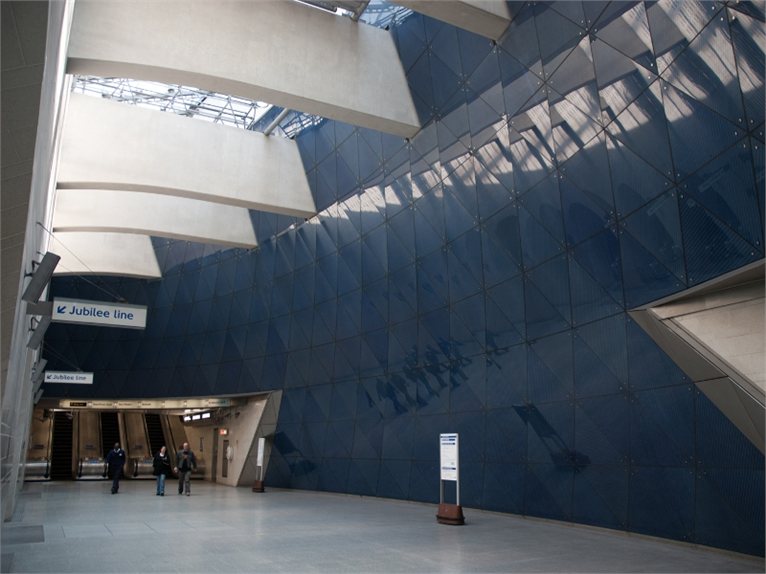 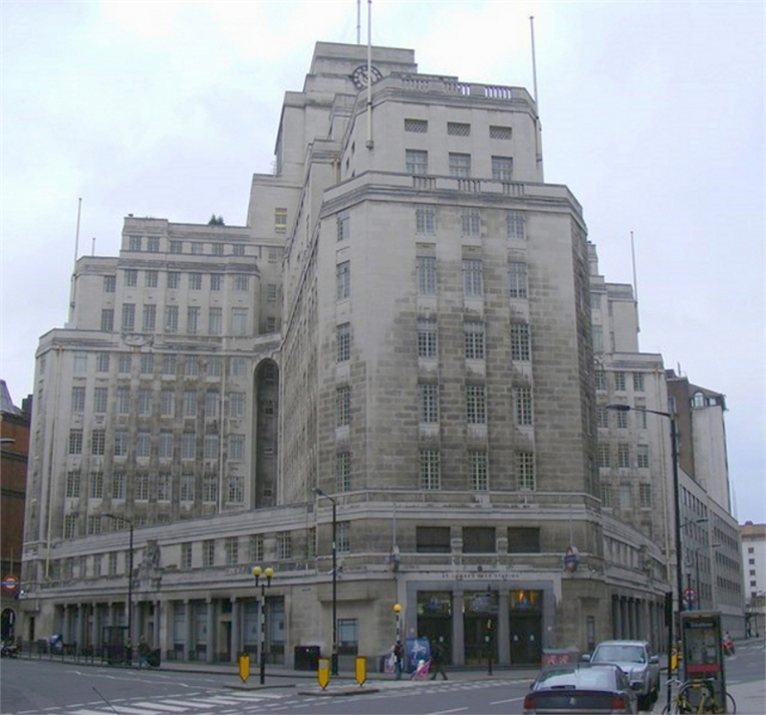 As regards the architecture, by far the most prolific architect is undoubtedly Charles Holden. He designed over 50 stations as well as 55 Broadway the headquarters of the London underground. His first series of stations was for the southern section of the Northern Line (the Black one running from north to south London) from Clapham common to Morden. He developed a folding screen entrance using white Portland stone for the façades. This design was also used on some of the remodernisations carried out by Holden later like Bond Street and St. Paul's. Probably his most famous remodernisation was Piccadilly Circus station, he decided to construct a sub-surface booking hall and circulating area, which would also provide public pedestrian subways, something which characterises many of the largest underground stations. Holden's next series of stations was for the Piccadilly line extension (the purple one running from north east to south west London) for which he created his “brick boxes with concrete lids” as he modestly called them. Sudbury Town station was the prototype for this series, he also sometimes replaced the “box” with a cylinder like one of the most characteristic Holdenesque stations of Arnos grove. Almost all of Holden's stations have become listed buildings. Holden's work was, however, not limited to the architecture alone, he was also responsible for lighting, tiling, clocks, litter bins as well as bus shelters in which he incorporated Edward Johnston's characteristic London underground signage. 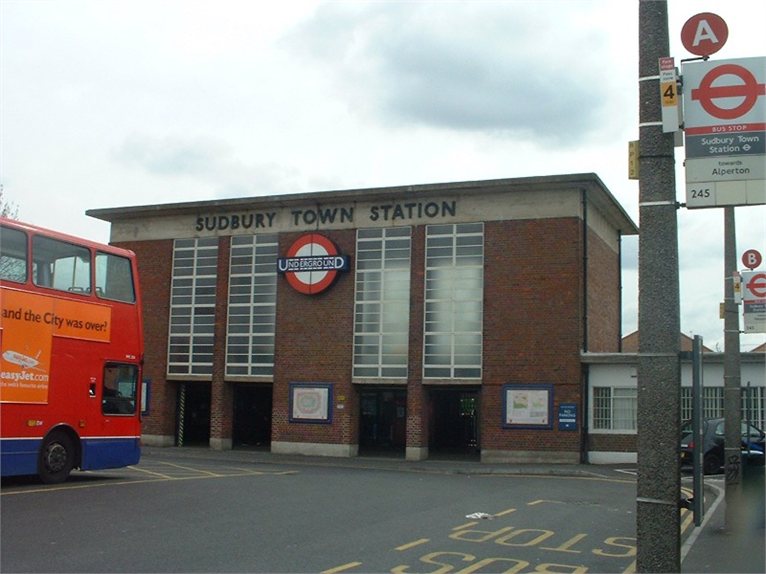 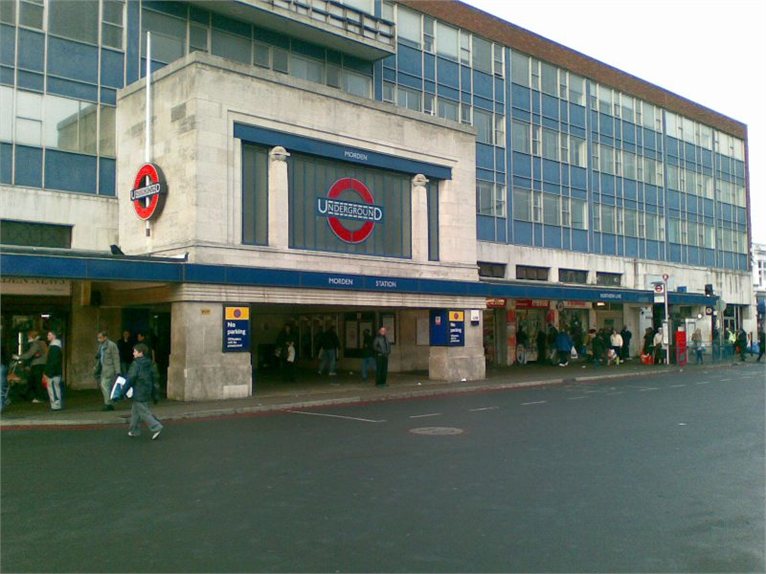 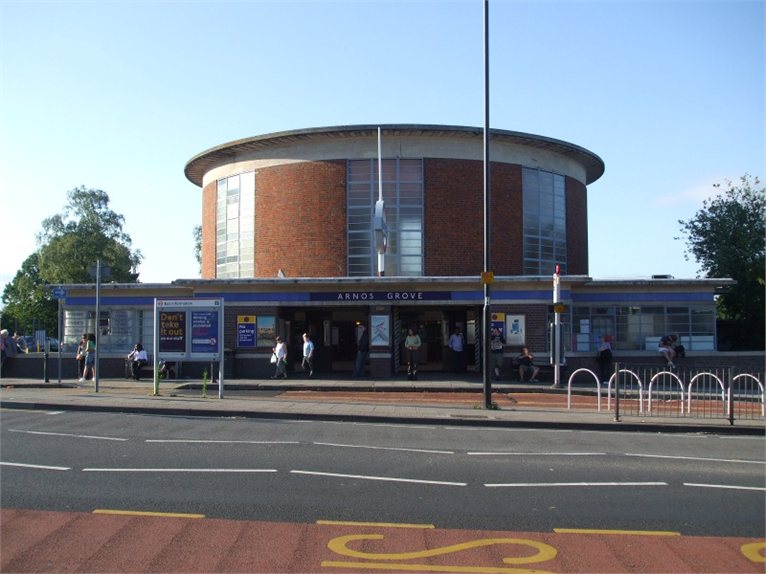 In modern times Acanthus, Alsop Architects, Buro Happold and Foster + Partners as well as many other architects have tried their hand at designing underground stations. Foster's Canary Wharf Underground Station is probably one of the most ambitious, it was included in the Jubilee line (the silver one which was named after Queen Elizabeth II's silver Jubilee in 1977 after a pledge made by the Conservatives in the Gleater London Council elections) extension which consisted of a new section from central London to east London making it the third busiest line on the London underground. The 300-metre-long station was built within the hollow of the former West India Dock using the same cut-and-cover construction techniques that had been used 130 years earlier! 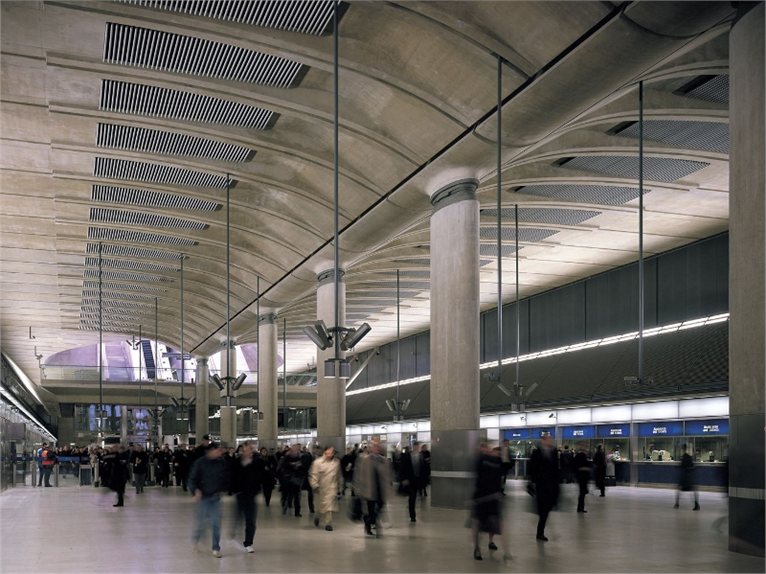 The London Transport museum is celebrating the anniversary with a series of events. You can vist the website Here