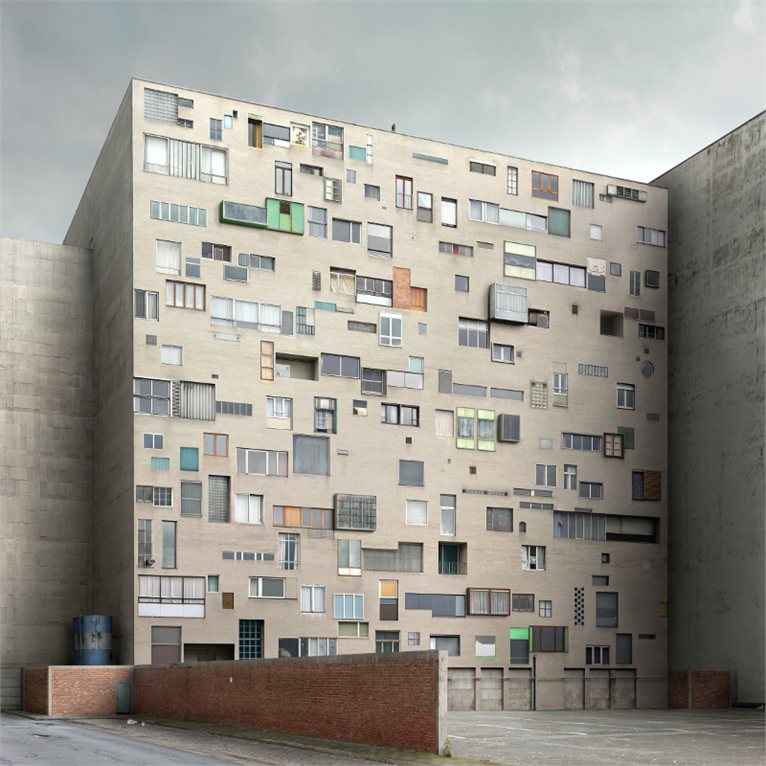 Filip Dujardin began his photographic practice as an architectural photographer honing his eye on the sculptural qualities of buildings. Recognizing their volume in space with their own laws of proportion, he explored their eloquence and expressiveness. 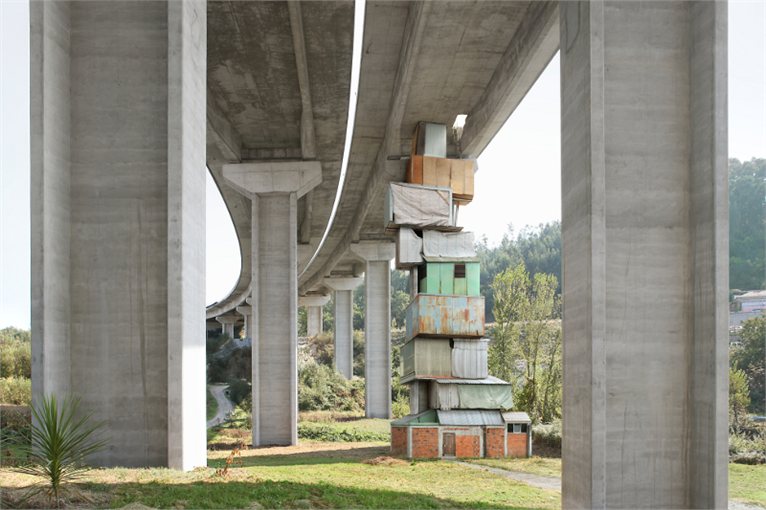 After documenting works that existed in reality, he soon felt the need to control their aesthetics and emancipate himself from existing forms to create his own. 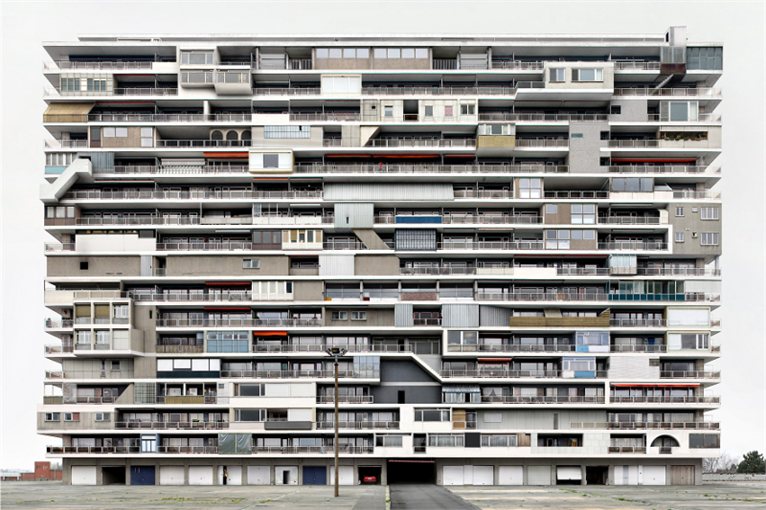 Without the traditional architect’s restraints to build with engineers and regulations, Dujardin designs with complete freedom. He shoots actual buildings transforming them with advanced technologies into post-modern ‘Fictions’. 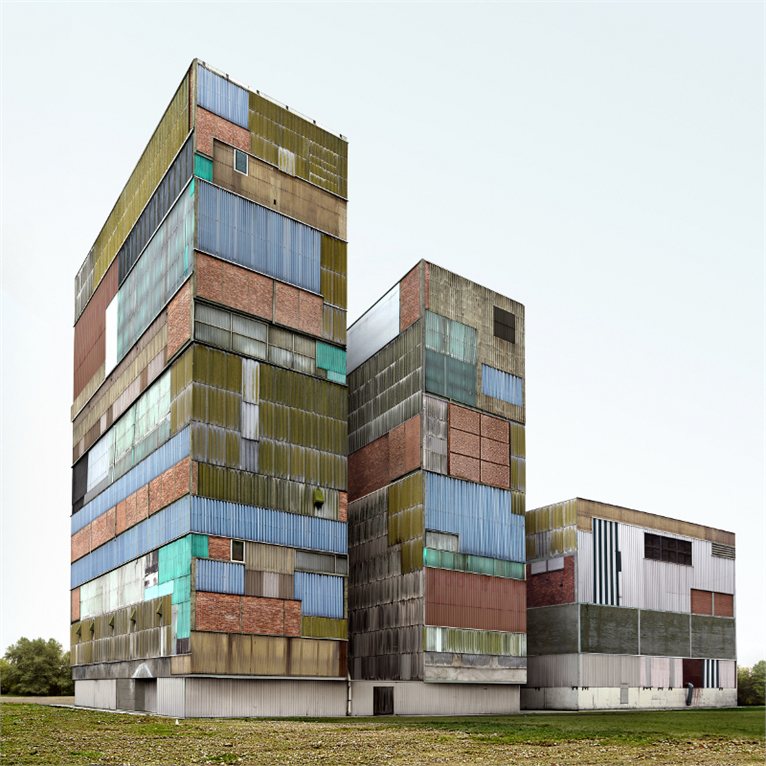 Through a rationalization of the production process, he erases windows and doors, and changes proportions of a column or roof to create abstractions and interstices. Utilizing a digital archive he has amassed of concrete walls, patinas, and windows with weathered expressiveness, Dujardin projects his own ideologies into futuristic and non-functional forms. 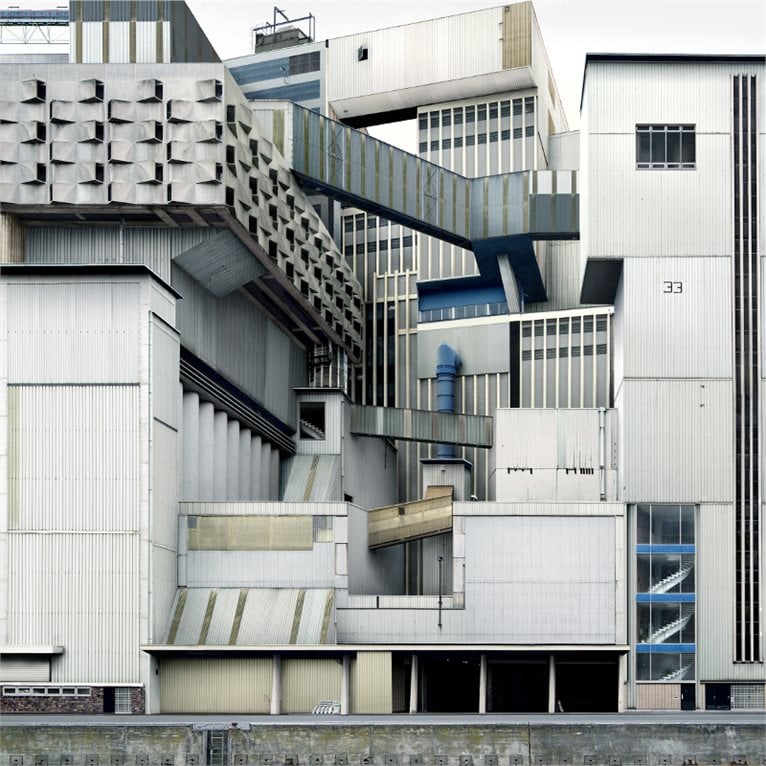 The fact that his high-tech buildings with low-tech skins appear in public spaces lend them a status of cultural monument in possible universes. 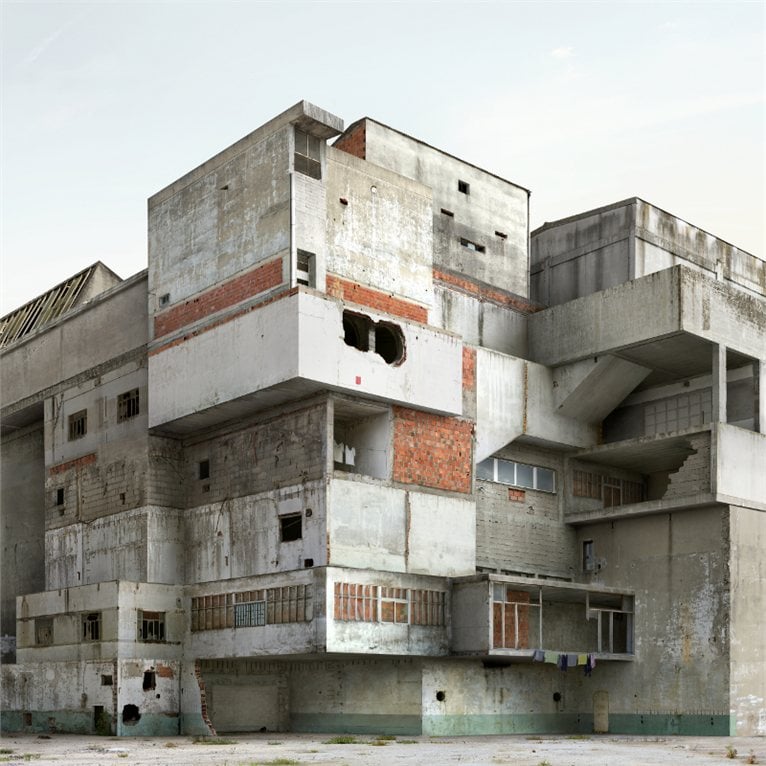 Filip Dujardin was born in Ghent, Belgium on July 14th, 1971. He studied Art History at the University of Ghent with an emphasis in Architecture. He later studied Photography at the Academy of Ghent. 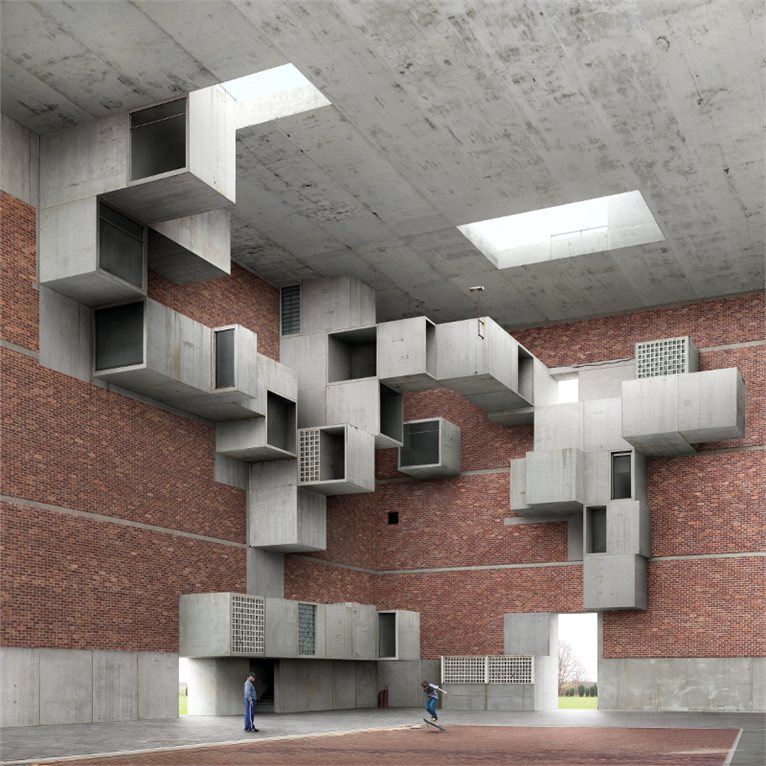 He was a technical assistant to Magnum photographer, Carl de Keyzer and then collaborated with Frederik Vercruysse for six years. 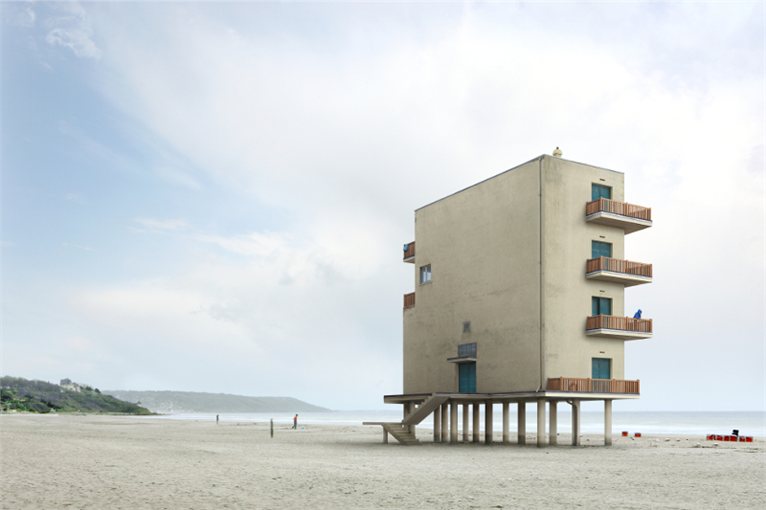 He has had solo exhibitions at the Chazen Museum of Art (Madison, Wisconsin), The Bozar (Brussels, Belgium) and group shows in Montreal, Dresden, Milan, Paris and South Korea. 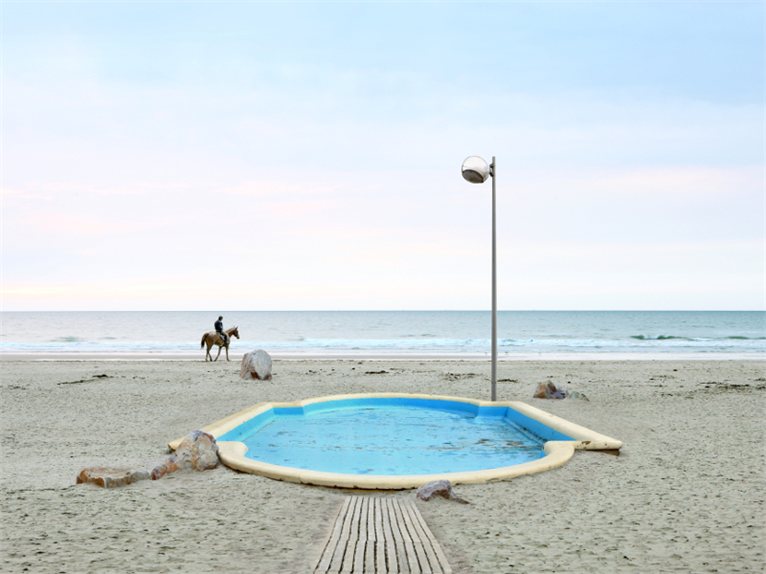 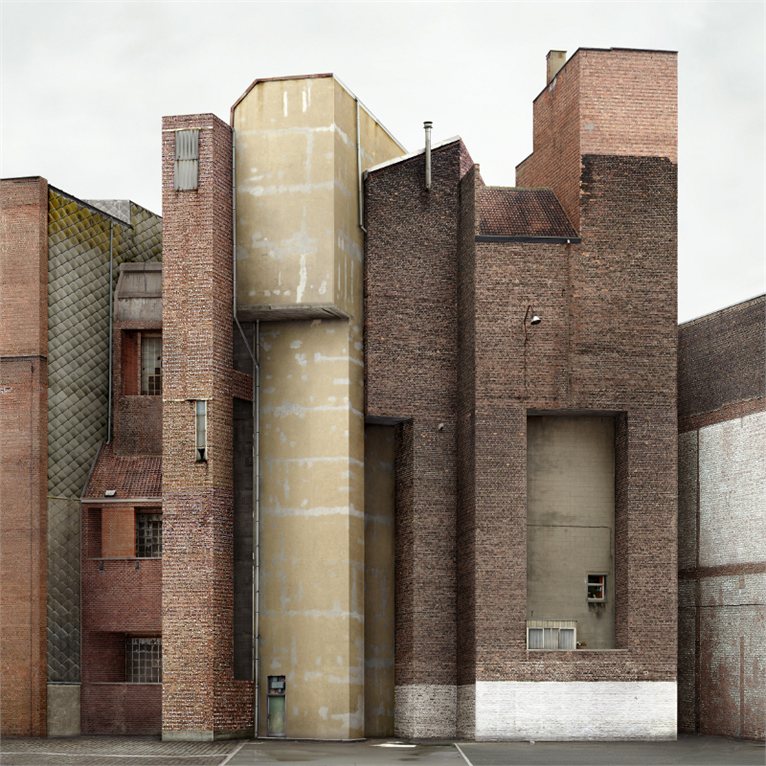 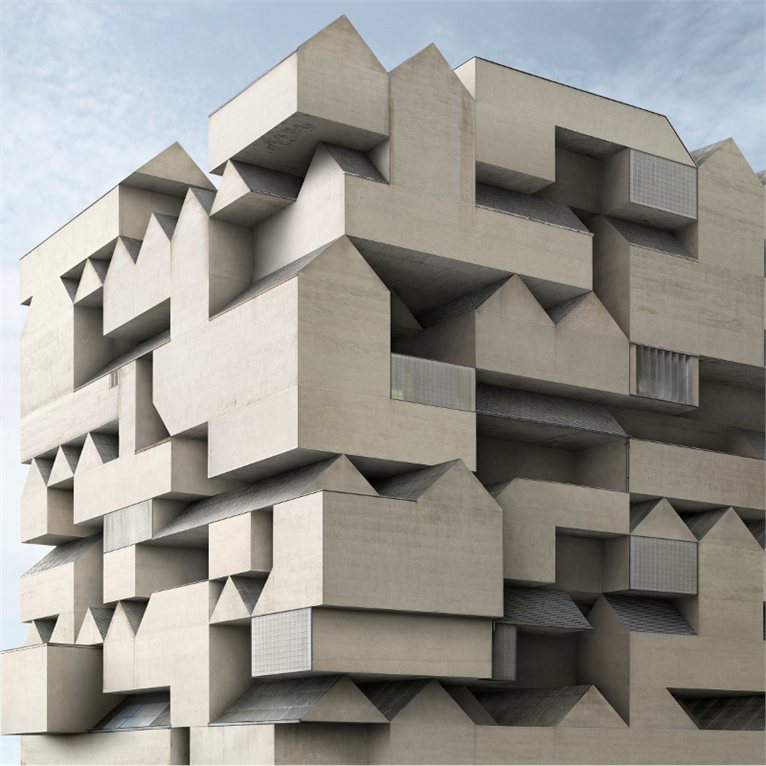