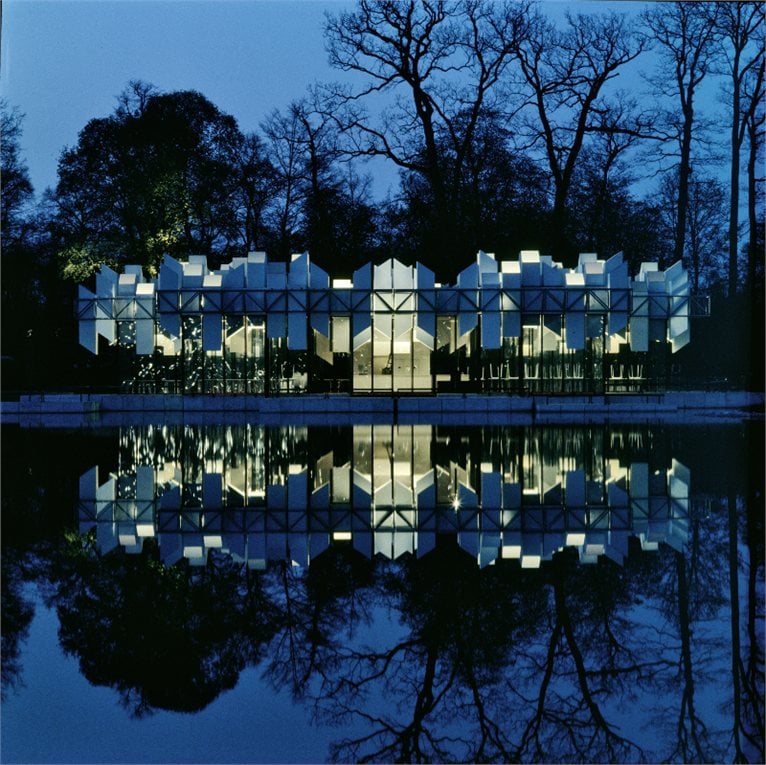 The exhibition is part of the DAM series “Architects Rhine”, which opened in 2011 with “schneider+schumacher” and will be continued next year with the engineers Bollinger + Grohmann. 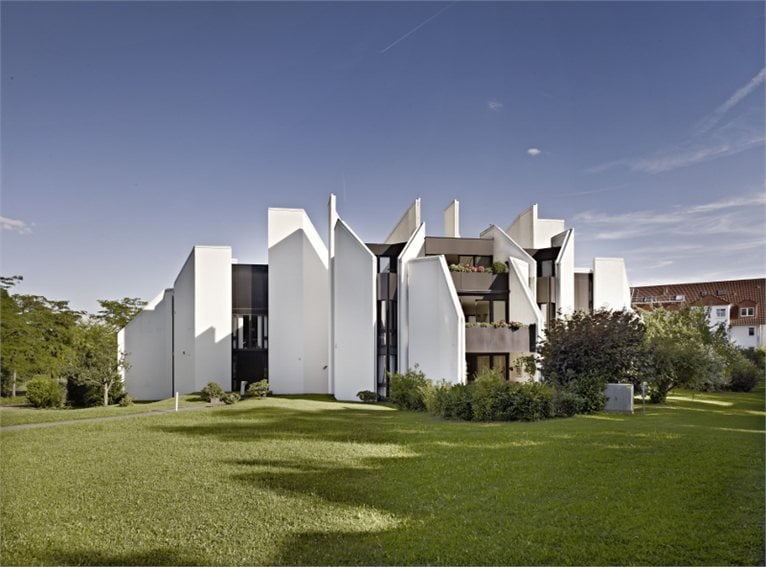 Last year Johannes Peter Hölzinger celebrated his 75th birthday. In a pre-mortem bequest he donated his extensive collection of sketches, drawings, models, and sculptures to DAM. 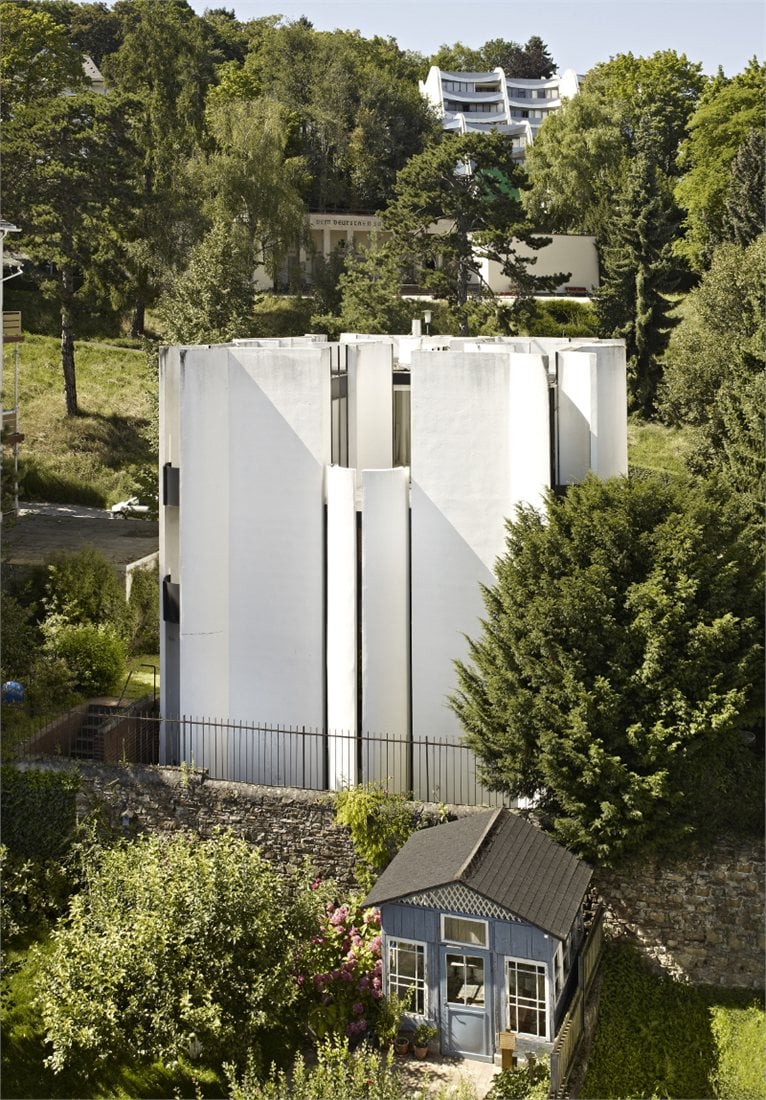 It is precisely the exhibition’s subtitle that emphasizes the visionary character of Johannes Peter Hölzinger’s projects and of the edifices he built. His designs can be described as psychodynamic spatial structures inasmuch as they never accept architecture constraining itself in mere functional necessities.

Hölzinger’s artistic and architectural stance, which was deeply rooted in the aesthetic awakening of the ZERO group, was always searching both for an intellectual definition of spatial structures and for a way of enabling the projects to be experienced sensually and physically. Not through physical building mass, as in his early work, but rather kinetic interaction between visual, acoustic and, in the case of his water steles, sensory experiences.

For both user and observer, Hölzinger’s psychodynamic spatial structures just as much represent the intellectual as the sensory questioning of the conventional division of form and space.

Architect Johannes Peter Hölzinger is one of the most consistently willful designers of his generation. Born in 1936 in Bad Nauheim, from 1954 until 1957 he studied at the Städel Academy in Frankfurt/Main. He initially produced sculptural works, and having produced purely architectural designs he was soon striving for an interdisciplinary approach. 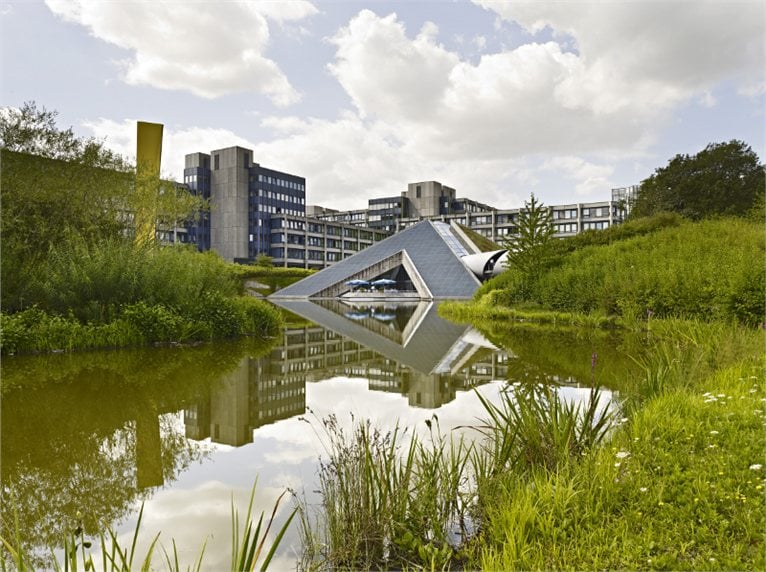 The combination of architecture and the fine arts was the guiding principle of the planning company he founded with artist Hermann Goepfert, which existed from 1965 until 1982. The era witnessed spectacular projects such as the design of the palace grounds in Karlsruhe on the occasion of the 1967 Federal Horticultural Show. The lake restaurant built at the time, a spatial framework with suspended lighting tubes and colored reflectors which move in the flow of air, is truly legendary. 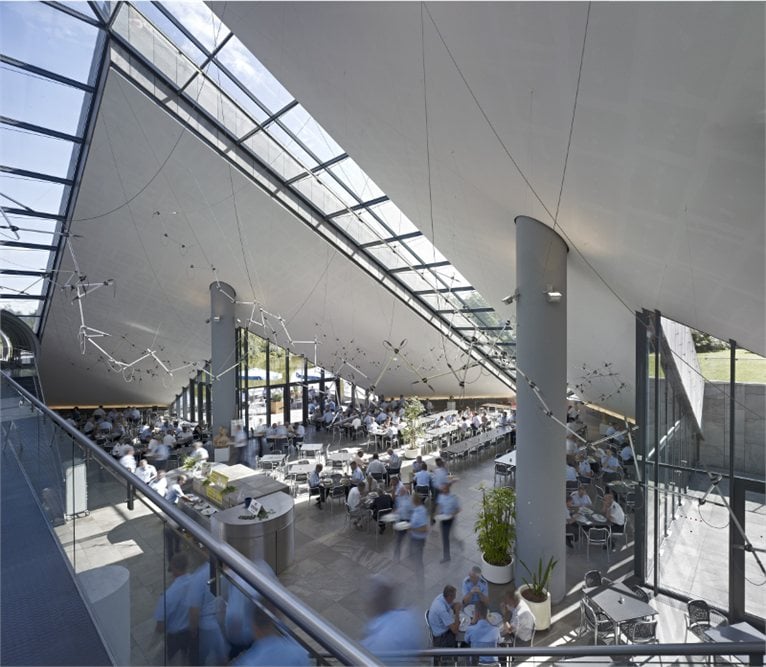 The combined home and office space he built for himself in the mid-1970s in Bad Nauheim represents a further highpoint in his career. Throughout, the strictly conceptual building comprises angles and a half-shell. This produces a house as a “modular, material concentration in infinite space”, in which the working and living areas open out ever more from the bottom upwards, towards the light.

As of the 1980s he started to create earth reliefs, something in-between architecture and landscaping. Here Hölzinger included the earth in the project. The canteen designed for the Federal Ministry of Defence in Bonn (1987-1997) is the most prominent structure from this phase of his work. 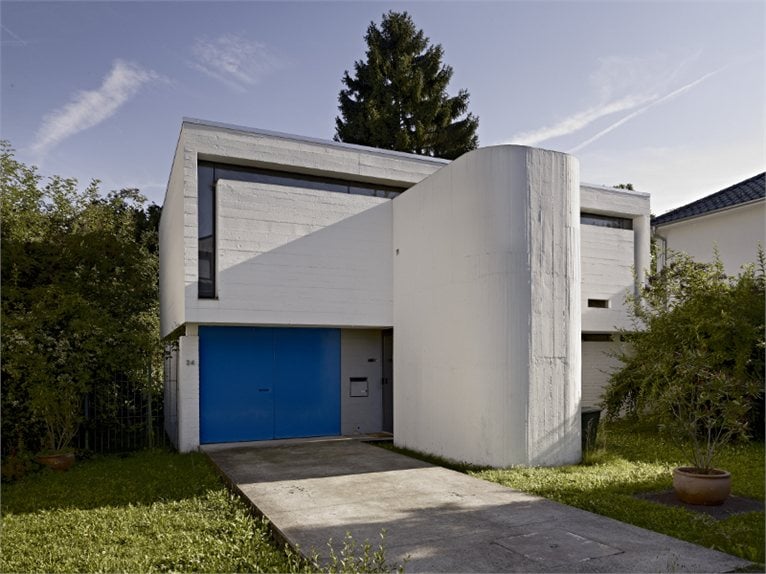 From 1991 until 2002 Johannes Peter Hölzinger headed the Art and Public Space class at the Academy of Fine Arts in Nuremberg. 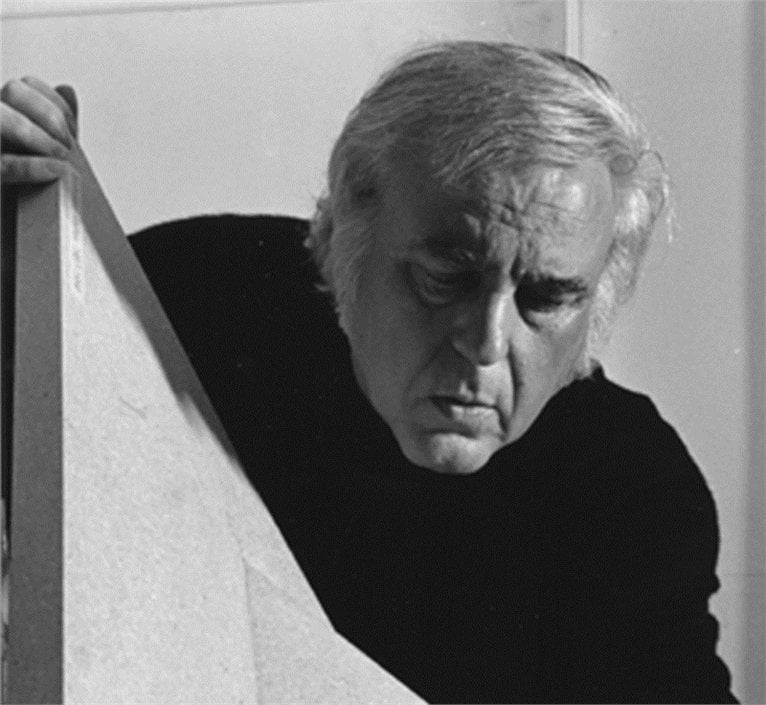