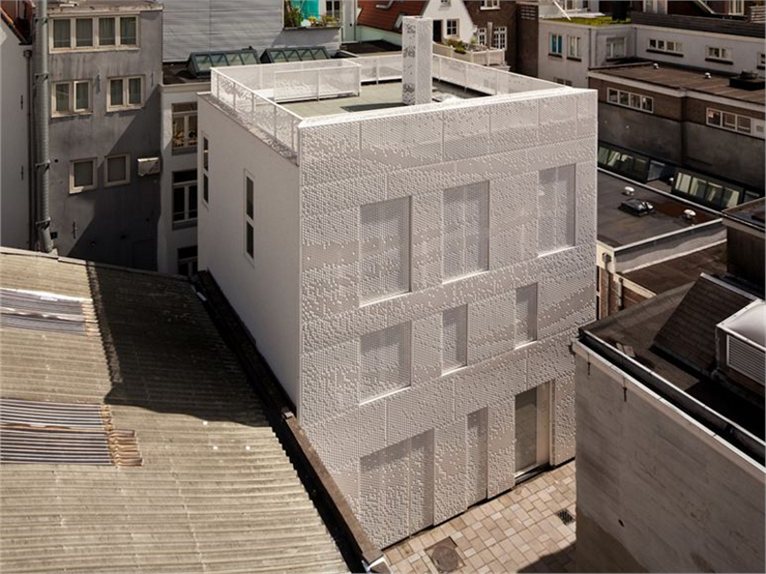 In the centre of Amsterdam, an old building, tucked away in an alley, has been partially restored. Sandwiched between two alleys, Blue Sheet and Black Sheet, Between the Sheets is the new house and atelier designed by Abbink X Co in collaboration with Chris Kabel. 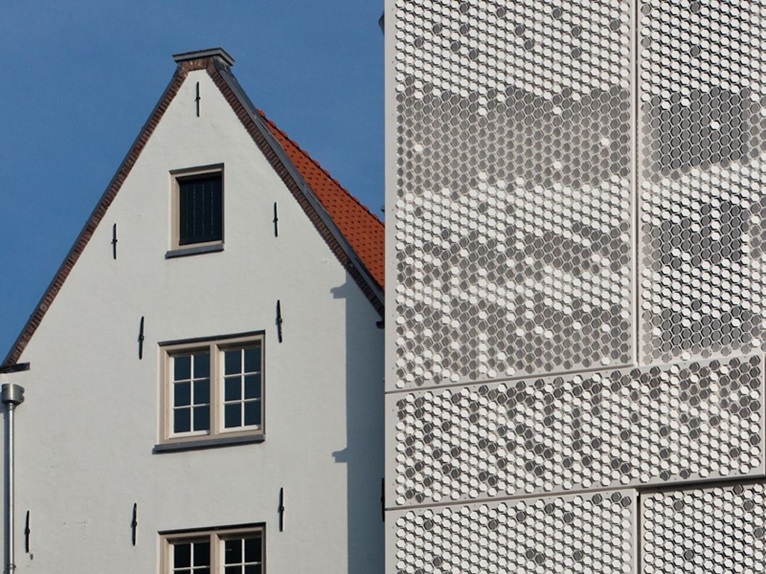 Enclosed within the walls of a building, the motto “between the sheets” manages to describe the completed project: a kind of small world closed in on itself, where catching a glimpse of the neighbouring steeple and hearing the singing of the birds represent the only contact with the rest of the city. 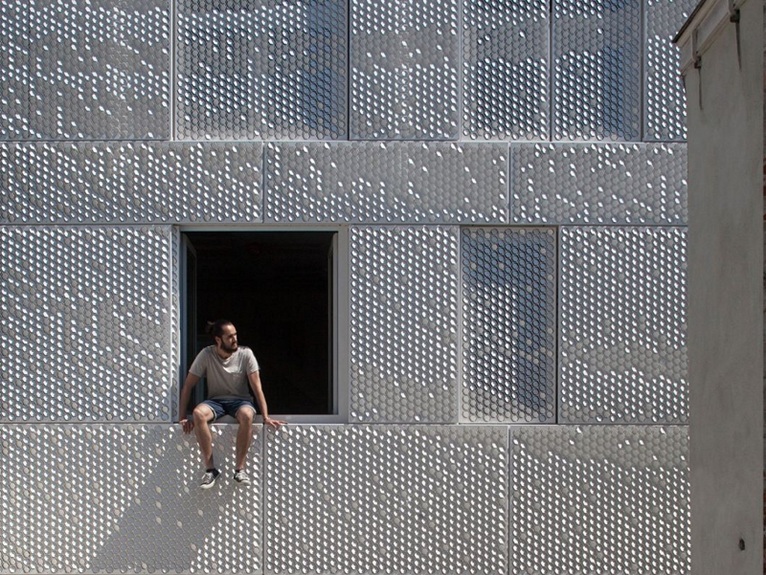 The project is characterized by the coexistence of conflicting aspects. On one hand, the construction can be seen as the client's request for a flexible and affordable house, a simple white 'box' with a roof garden located in the old town.

On the other hand it is important to know that the family living there are lovers of comics and live the indoor areas of the building dedicated to creativity and colour, by creating their own reality hidden and invisible from the outside. 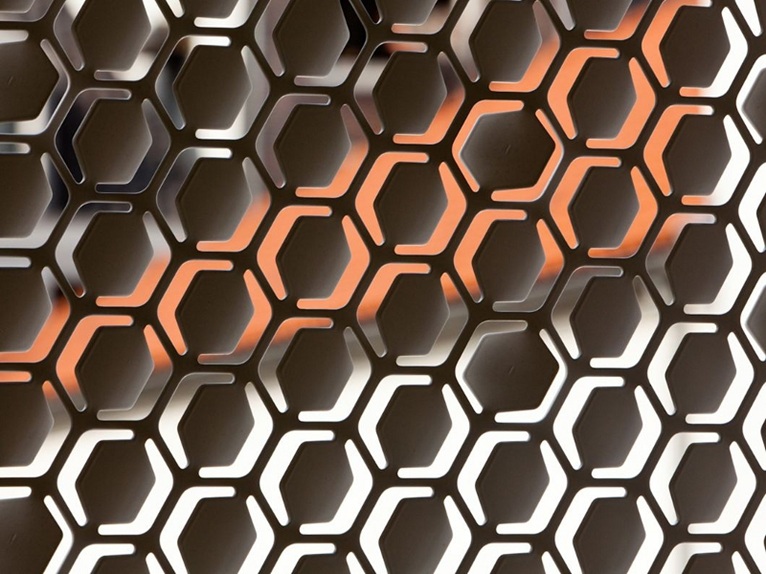 The design response was an intervention that combines art and architecture, whose character is summed up in the façade: the aluminium coating, with a perforated pattern, has a design composed of many small up or down bent octagons which filter natural light.