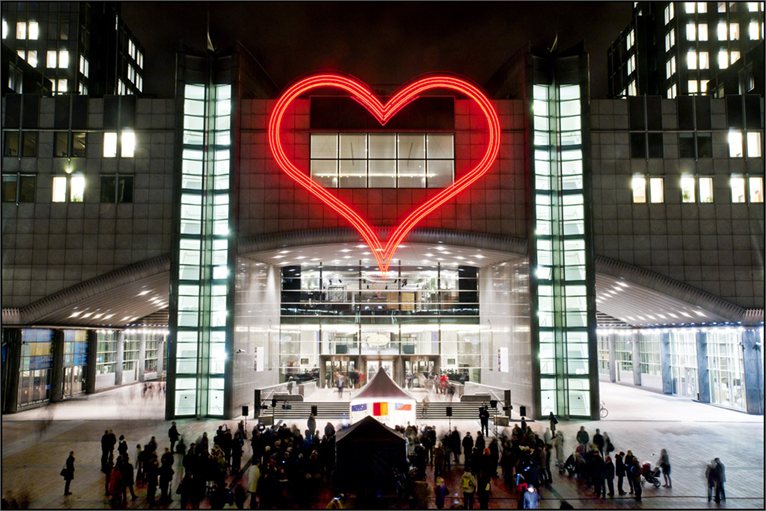 The red neon heart above the entrance to the main European parliament building in Brussels may look like the archilovers heart you are geeted with every time you visit archilovers but it is not. It is the Havel heart, Czech artist Jirí David´s tribute to the Czech Republic's first president, originally placed above Prague Castle to mark the end of Havel's years as the Czech president. It was modelled on the heart that Havel used to add under his signature. The European parliament has decided to honour the memory of the first President of the Czech Republic who did so much to help democracy in the country and set it on the way to joining the European Community. It was put up to mark the anniversary of his death.

December is traditionally a time when we put lights everywhere: on our trees, in our gardens, on our balconies, even on our heads! All the main capital cities of the world light up the main shopping streets trying to get us into the mood for our festive purchases. 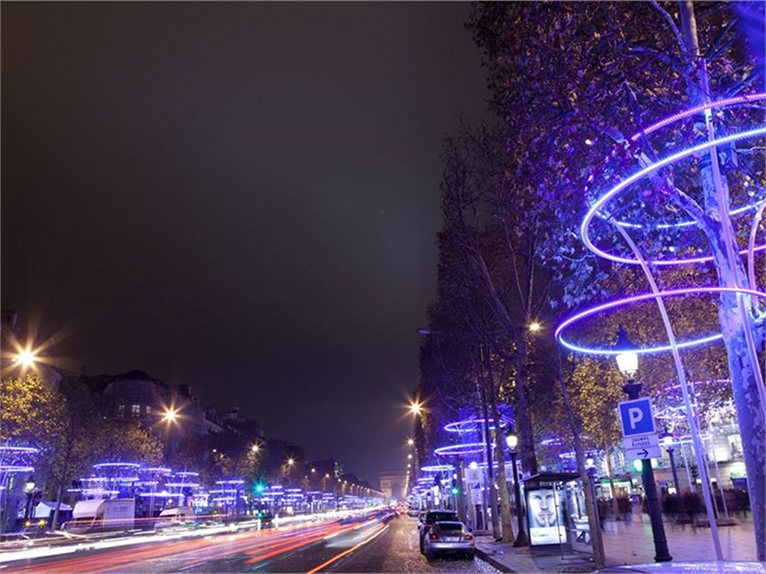 This year, like last year, Paris or better the Champs Elysées has been lit up by ACT lighting design's Tree rings. They are based on the “ring” as a symbol of unity and gathering. Three rings of light encircle every other tree on the avenue, without touching it. They respect the tree as a living being, enhanced by the light during the Christmas period. The ring's outside is a LED strip, giving a glow of light while the inside a LED strip lights up the tree itself. The branches of the trees have mirror discs hanging from them which reflect the light rays in all directions as they move freely in the wind. 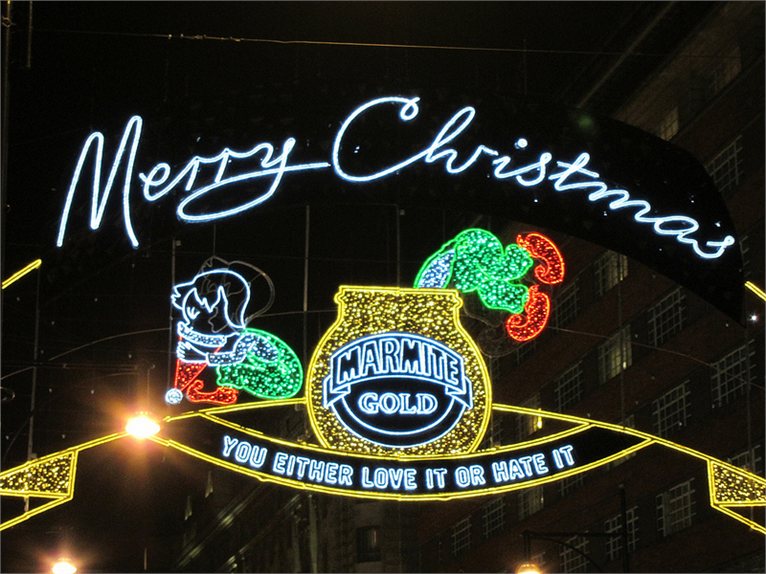 London, on the other hand, has chosen a more high-profile light turning on ceremony for its Marmite lights in Oxford Street with Robbie Williams and Leona Lewis highlighting the show. Those of you wondering what marmite is, well you don't know what you have missed all these years! It's an extract of yeast which has a beefy-slightly twangy taste that you can spread on slices of bread to make a “marmite sarny” the British schoolchildren's snack for generations. Australians have their own version called Vegemite (don't ask me the difference between the two) which came to fame after 1980's Australian pop group Men At Work used the brand in their lyrics to their hit song “Down Under” who can forget it: “He was six-foot-four and full of muscles. I said, "Do you speak-a my language?" He just smiled and gave me a vegemite sandwich.” Anyway the Oxford Street lights were designed by Advertising Agency Adam&Eve/DDB in collaboration with Piggotts for the lighting. In New York the symbol of this time of the year is the Rockefeller centre tree even here in recent years there has been more concern about energy saving with the use of low consumption LED lights and even the Swarowski star has been recycled from previous years. 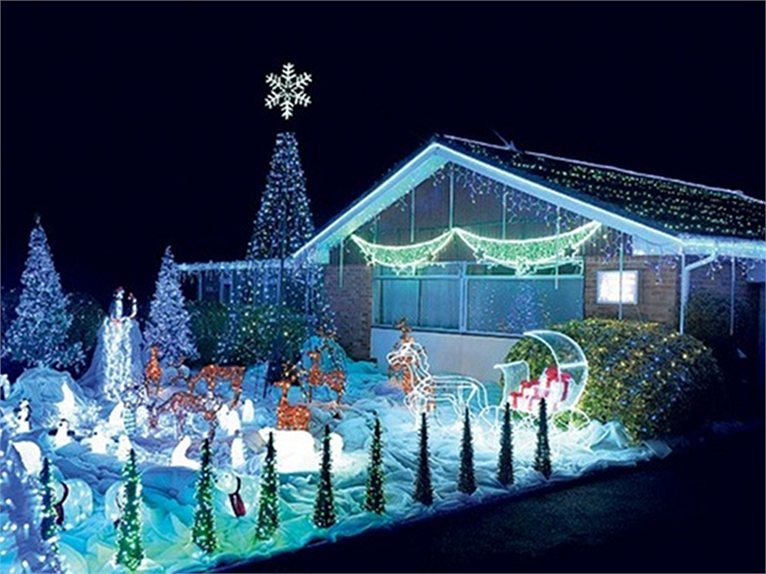 However, festive lighting isn´t confined to the metropolises, it can be something of a craze. In the USA decorating your house with festive lights has been big business for quite some time and it isn´t ususual to find giant luminous Santas, dancing penguins and gift laden reindeer on roofs at this time of year. In recent years the craze has gone global. In the UK for instance Paul Toole has been decorating his house with lights since 2000 and believes to have spent in the region of £15,000 for his Manning close Christmas lights.

Whether you have lights or not, we wish you all a pleasant and relaxing festive period.