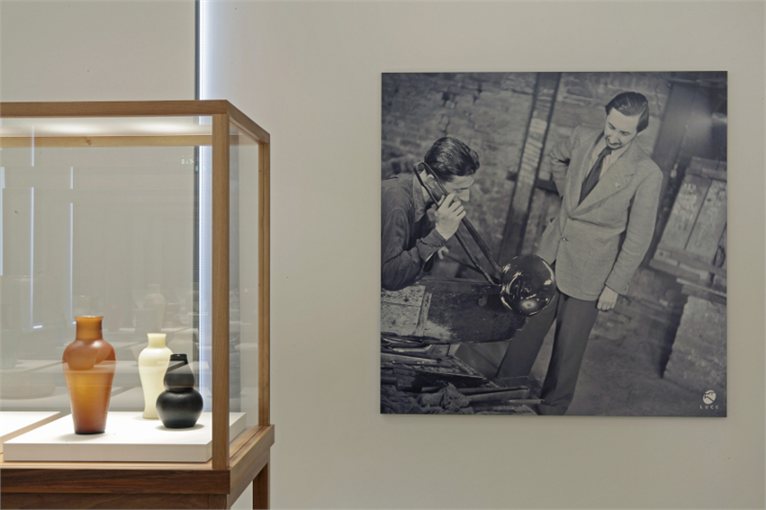 The exhibition Carlo Scarpa. Venini 1932–1947  is organised round a selection of over 300 works designed by the Venetian architect Carlo Scarpa in the years when he was creative director of the Venini Glassworks (1932-1947); some works will be shown for the first time and many are from major world public and private collections. 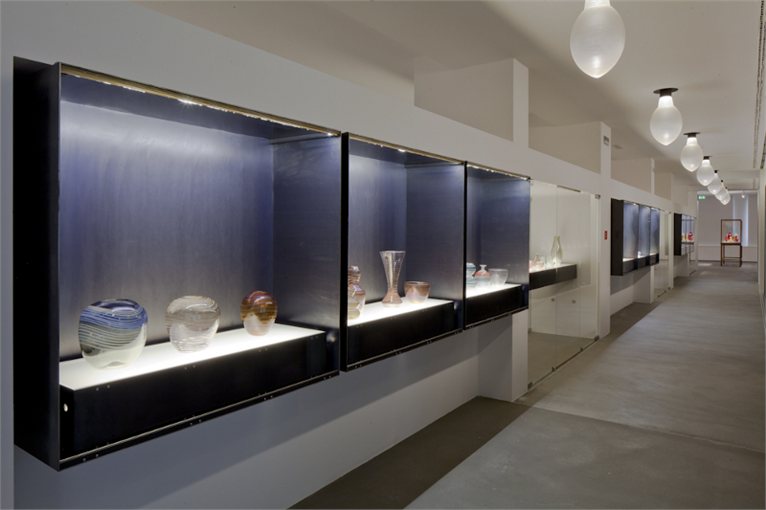 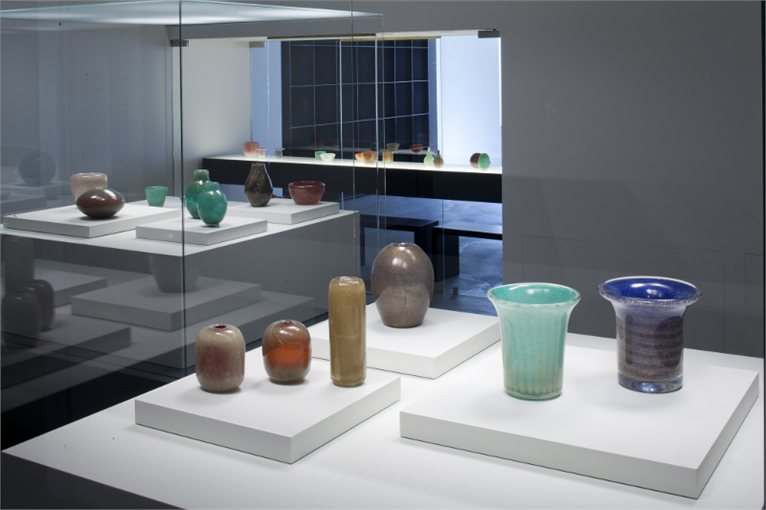 This exhibition is the first public event of Le Stanze del Vetro (Rooms for Glass), a long-term cultural project launched by the Fondazione Giorgio Cini in collaboration with Pentagram Stiftung for the purpose of studying and showcasing the art of Venetian glassmaking in the 20th century. 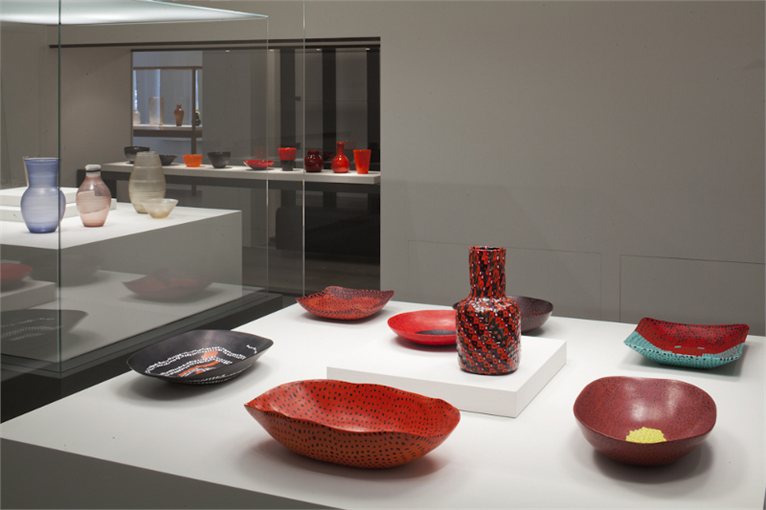 The works are divided into around thirty types that vary according to execution techniques and glass textures (from sommerso to murrine romane, corrosi and a pennellate glass). 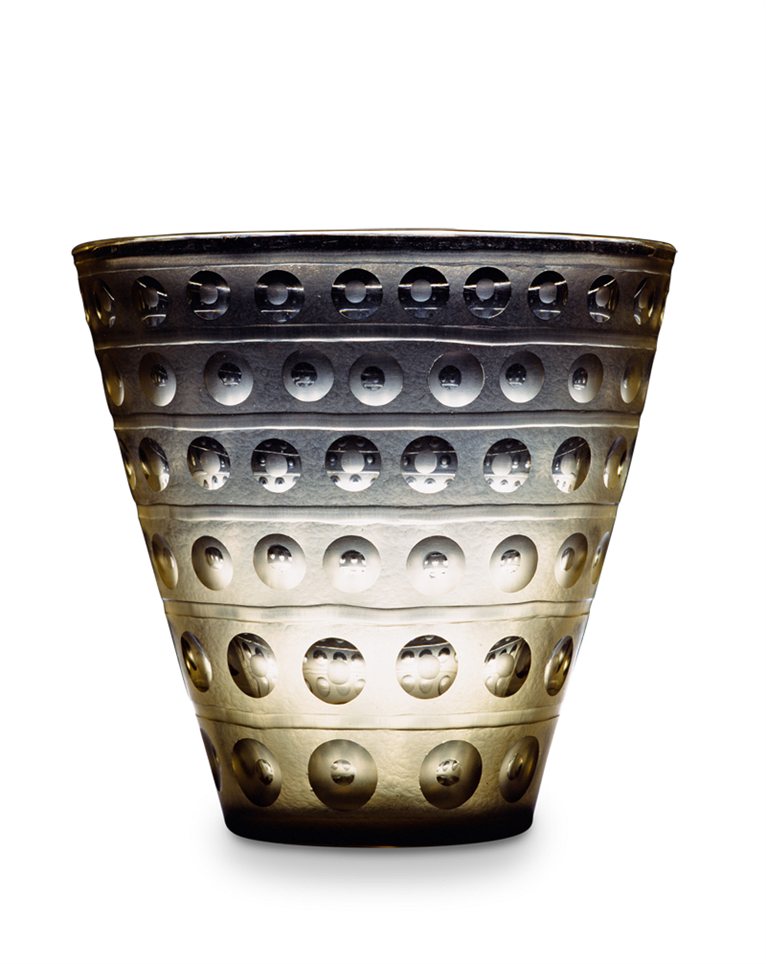 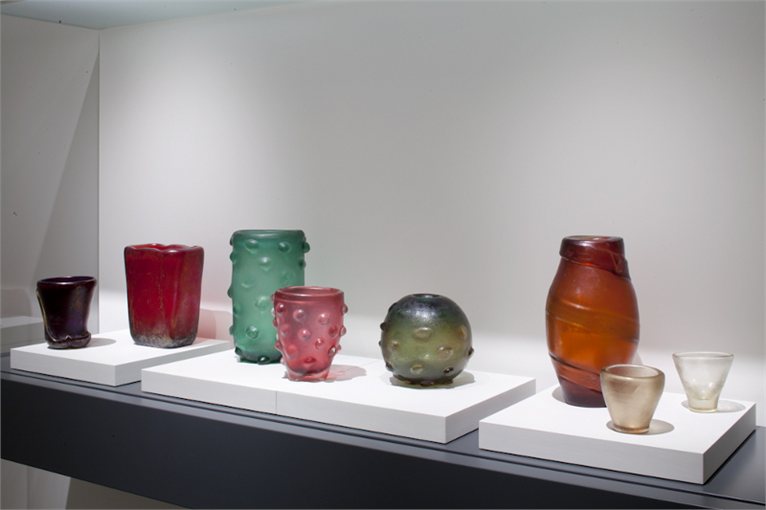 The exhibition explores the significance and importance of Carlo Scarpa’s glass design experience in his overall work. 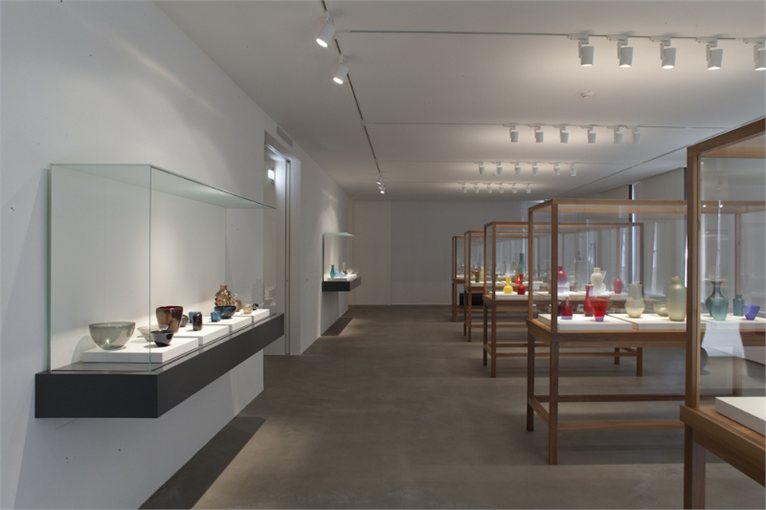 During his Murano period, Scarpa further developed his interests in experimentation and craftsmanship and the show thus provides a great opportunity to compare his work as a glass and furniture designer and his architecture. 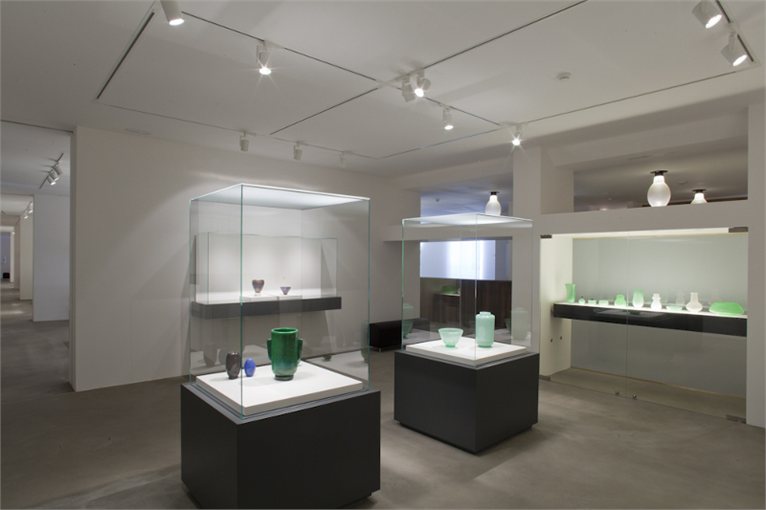 The exhibition itinerary includes a video room showing two documentary films on the relationship between the Venini glassworks and Carlo Scarpa. The films were produced by Pentagram Stiftung and made by director Gian Luigi Calderone, who had previously made Casa Venini, a film about the history of the Venini-Santillana family. 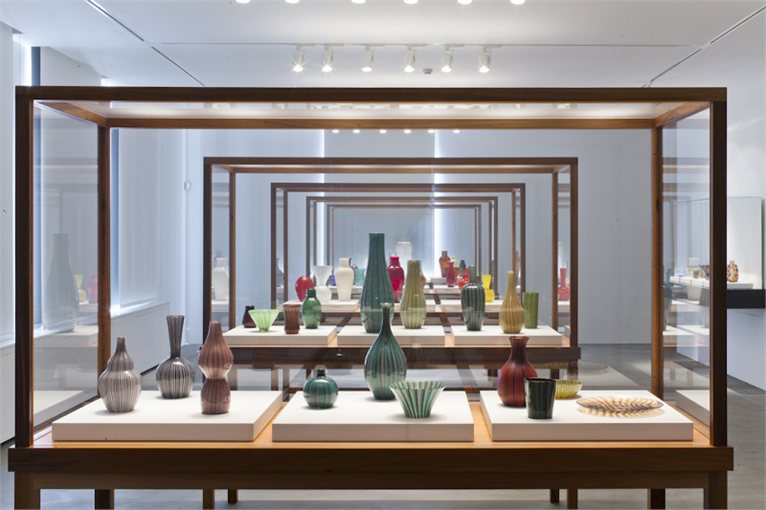 The first film, a fifteen minute documentary entitled A Carlo Scarpa e ai suoi infiniti possibili (1984), shows images of glass objects designed by Carlo Scarpa. The images are accompanied by the music of Luigi Nono, composed in 1984 with the same title to commemorate his friend. 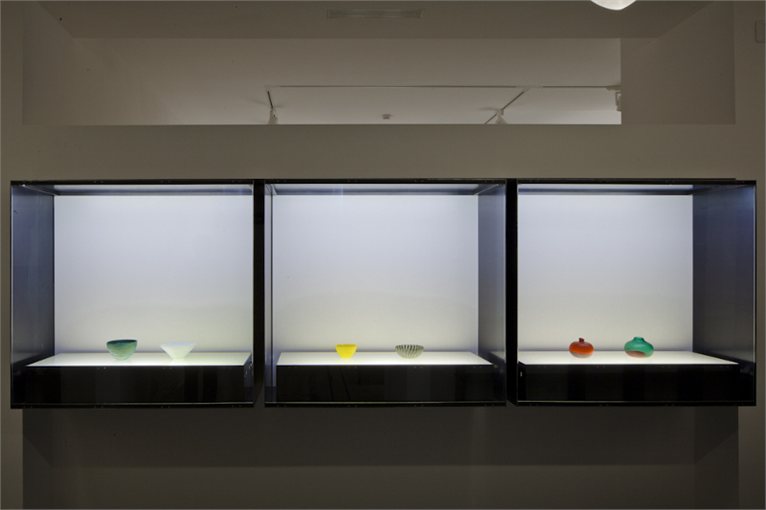 In the film the musicologist Stefano Bassanese illustrates the structure of the music and the affinities between the designer and the composer. 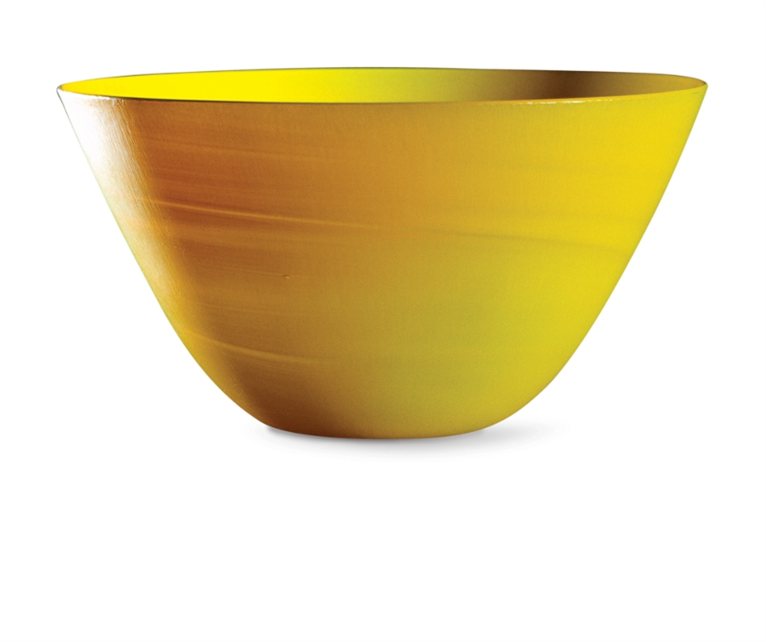 A second documentary Carlo Scarpa, fuori dal paradiso (2012) describes Scarpa and his glass through personal accounts by those who knew him well, such as former students and, especially, his son Tobia. This one hour film will be shown twice a day and is on sale in the exhibition bookshop. 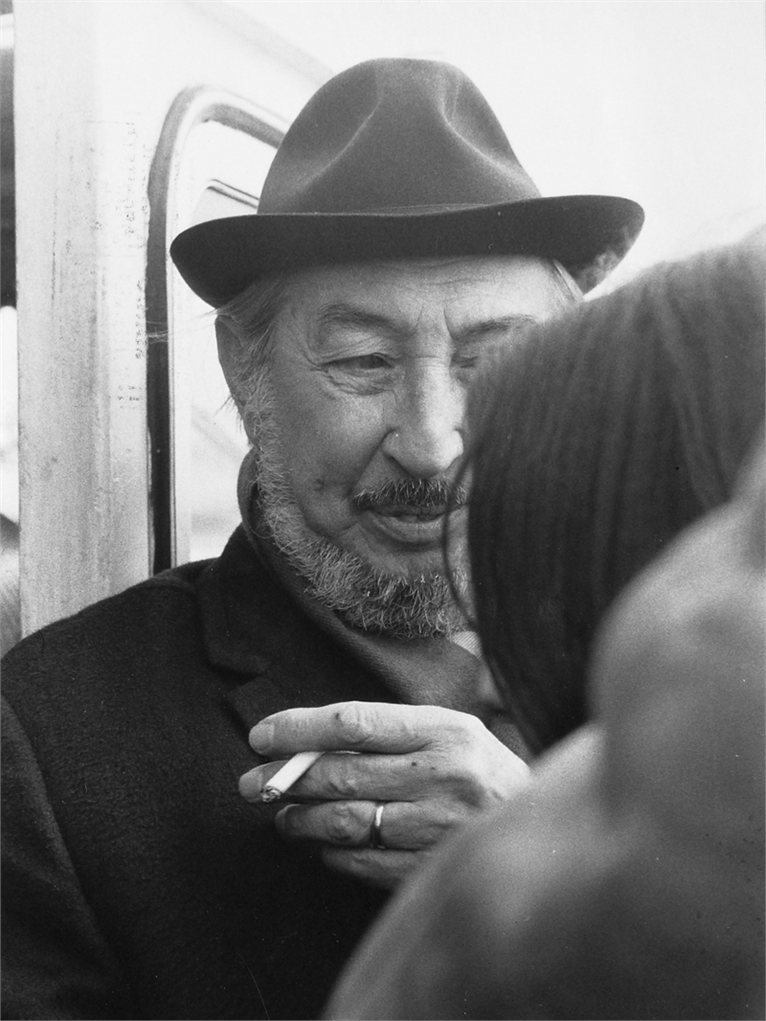 Carlo Scarpa was born in Venice on 2 June 1906, son of Antonio Scarpa, a primary school teacher and director of education and Emma Novello, who ran a high-quality dressmaker’s shop. Shortly afterwards the family moved to Vicenza, where Scarpa completed primary school and then went on to a technical college. After his mother’s death in 1919, Carlo moved to Venice where he attended architecture courses at the Accademia di Belle Arti. In 1926 he graduated with the qualification of “professor of architectural drawing” but he never sat the state exam enabling him to exercise the profession of architect. After graduating, he began teaching as an assistant to Guido Cirilli – previously his own teacher at the Accademia – who taught architecture in the newly established Venice Faculty of Architecture. Scarpa was to teach regularly throughout his professional career until 1977. At the Venice Faculty of Architecture he taught various courses: Decoration, Drawing from Life, Applications of Descriptive Geometry, Interior Design, Furnishings and Decoration, and Architectural Composition. From 1945 to 1947, he also taught “Industrial Design” at the Istituto Artistico Industriale, Venice. In 1951 he obtained the university teaching licence for Interior Design, Furnishings and Decoration. From 1972 to 1974 he was rector of the Istituto Universitario di Architettura di Venezia (IUAV). Carlo Scarpa died in Sendai, Japan on 28 November 1978, just before he was due to receive an honorary degree in architecture.