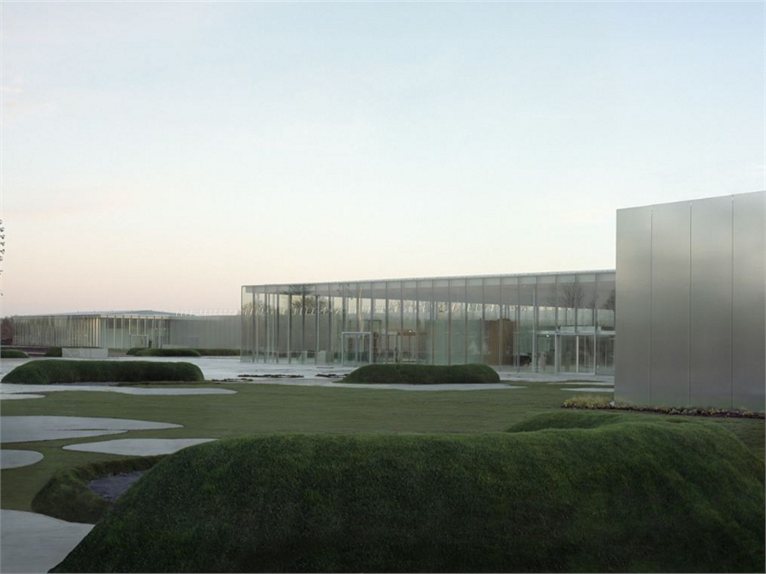 Tuesday, December 4th saw the official opening of the Louvre-Lens Museum, the second home of the Paris museum, designed by the Japanese architectural agency Sanaa in 2003, with the support of American architects, Celia Imrey and Tim Culbert, as well as French landscape designer Catherine Mosbach.

The opening ceremony took place in the presence of the President of the French Republic François Hollande and the Culture Minister Aurélie Filippetti, while the public opening is scheduled for Wednesday, December 12th.

The new Louvre-Lens is located 200 kilometres north of Paris, in the Nord-Pas de Calais region, the mining basin, which was added to the UNESCO World Heritage Site list in 2012. The venue is thus intended to act as a lever for the economic and cultural growth of the region.

The project consists of five glass, steel and anodized aluminium buildings, which house five new pavilions, occupying a total area of 28,000 square meters. The innovative idea consists of the fact that the Louvre-Lens will not exhibit its own permanent collection, but will periodically host some of the works of the Louvre in Paris.

The organization of the new museum is geared towards more openness to the public, thanks to the choice of a transversal nature of the exhibited items and spaces: several rooms have been created which are dedicated to social aggregation, including a media library, a 300-seat auditorium, refreshment areas and a storage area for mini guided tours of 15 visitors at a time.