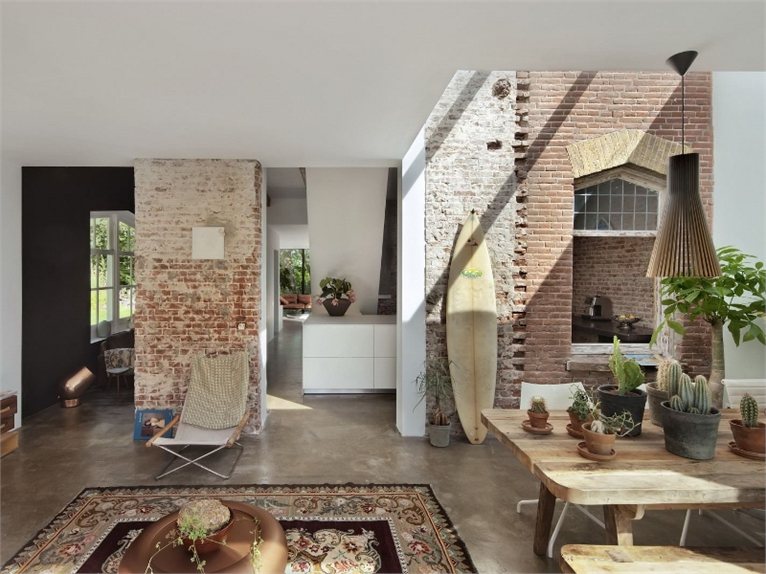 Zecc Architects' project for Railway House Santpoort regards converting a cottage near the Santpoort-Noord station in the Netherlands. On one side the house runs beside the railway line linking Amsterdam to Ijmuiden and on the other there is the National Park to the south of Kennemerland.

The picturesque previously existing Railway House, whose brickwork walls have been restored internally too, is crossed almost brutally by a Corten volume with broad windows, which overlook the surrounding greenery.

At the centre of the house an imposing white staircase connects the different levels. The kitchen and dining area have been created in the old part of the cottage, while the exposed area to the east of the new volume has been designed as an entrance and living room, and the sleeping area is located in the basement.

With the extension of the cottage, an intimate southwards facing patio has been created, covered with shale. The outside and inside of the house alternate old and new creating a surprise effect. The internal arrangement is a hymn to variety, where found objects, Persian rugs, surfboards and rare plant species live.