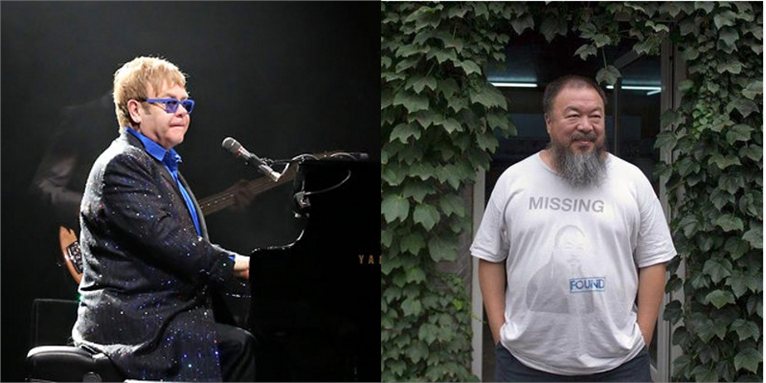 On Sunday night Elton John dedicated a concert in Beijing to the Chinese artist and dissident Ai Weiwei but received no applause, only expressions of shock and a wave of murmuring, The Associated Press reported.

Mr. John was a few minutes into a two-hour show when he told the audience his performance was dedicated “to the spirit and talent of Ai Weiwei” Mr. Ai, a sculptor and installation artist, is an outspoken critic of China’s authoritarian government whose work often calls attention to social injustices in China. He was jailed for 81 days last year without being charged, and in September, the government denied him permission to travel to the United States for a retrospective of his work at the Hirshhorn Museum in Washington.

Mr. John met briefly with Mr. Ai before the concert, and later the artist posted a message on his Twitter account, which has been banned in China, saying he was fond of the pop star.

Generally the Chinese government exercises strict control over live concerts, requiring musicians to submit a detailed set list in advance. That censorship has been tightened since 2008, when Björk expressed support for the Tibetan independence movement at a concert in Shanghai, embarrassing the government.