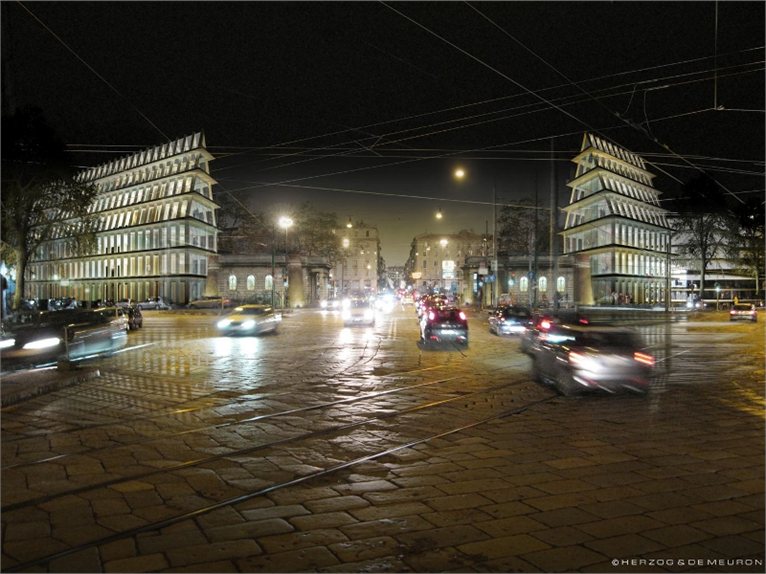 The laying of the first stone yesterday, 20th November 2012, officially marked the beginning of the work for the construction of the “Feltrinelli project for Porta Volta”, commissioned by the City of Milan and by the Feltrinelli Group to Swiss starchitects Herzog & De Meuron Architekten. The project for the new Giangiacomo Feltrinelli Foundation headquarters will be completed by the summer of 2015.

During the press conference presenting the site, which was held yesterday at the Ingegnoli store in Milan, Andreas Fries, partner of Herzog & de Meuron architects, illustrated the project idea:

“The long and slender form of the building refers, on the one hand, to the Gothic tradition that is expressed in important buildings in the city of Milan, on the other to long and slender shaped farmhouses that dot the Lombardy landscape. Our old maestro Aldo Rossi considered these linear structures the hallmark of his work, so in our project Feltrinelli for Porta Volta you can also find a tribute to this important Milanese architect from the second half of the twentieth century.”

The new work of the Swiss architectural office will, in fact, reiterate the canons of the Lombard tradition, re-reading the layout of the twin buildings with the design of a two-bodied structure capable of enhancing the ancient area of Porta Volta.

“Our commitment to this adventure means continuing to stubbornly believe in the concept of public heritage for knowledge, of civic responsibility, of service to the community in which we live and work and that we hope the citizens of Milan will acknowledge it”.

The building will house the Giangiacomo Feltrinelli Foundation, the study and research centre famous all over the world with book heritage of 200,000 volumes, 17,500 Italian and foreign periodicals and 1,500,000 archive documents on political, economic and social history starting from the sixteenth century. The new headquarters is set to become a meeting point for citizens, also thanks to the creation of reading rooms and spaces for conferences, exhibitions and events.