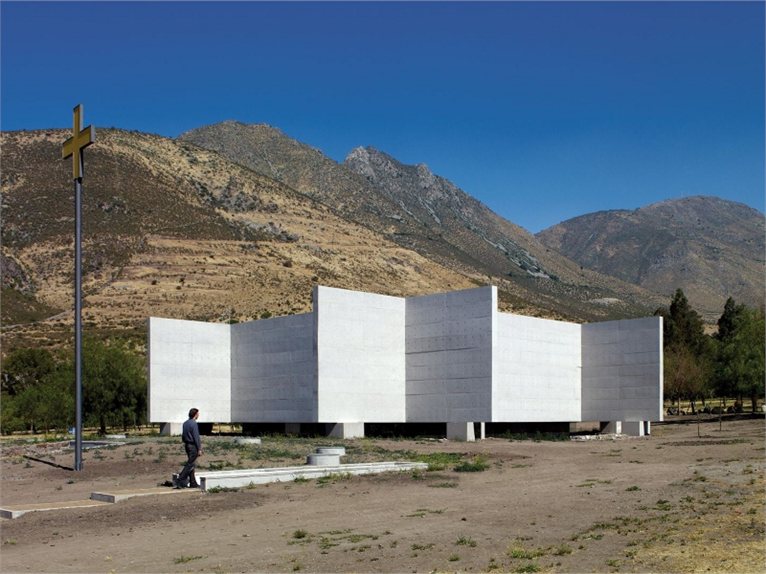 The International Prize for Sacred Architecture 2012, established in 1996 by the Foundation Frate Sole and held every four years, has just finished.

The award, given to newly constructed religious buildings, has been won in the past by architects like Tadao Ando in 1996, Alvaro Siza in 2000, Richard Meier in 2004 and finally in 2008 by John Pawson for the Abbazia di Notre-Dame de Sept-Fons monastery in Novy Dvur (Czech Republic), a building of great rigour, silent and eloquent, deeply rooted in the monastic traditions of the oldest European prayer communities.

This year's event was won by the Chilean architect Cristián Undurraga, for his “Capilla del Retiro” in Auco, Chile.

Third prize, on the other hand, was won by Italian architects x2 architettura with the project of the New liturgical room of the S. Floriano church in Reggio Emilia.

“So not only 'archi-stars', not only awards to the big names of architecture famous the world round, but also a commitment to enhance the work of less known but equally excellent professionals in their own work. - the Foundation says - The International Prize for Sacred Architecture is, in fact, characterized by a choice made by its founder: rewarding not the architect, not a project on paper alone, but an existing building. And specifically, a Christian place of worship, of every denomination.”

116 projects were submitted for this fifth edition, a record number: 116 new places of worship, built in the last 10 years, representing the five continents, 21 of which were selected and evaluated for the final vote. It was, therefore, an edition that did not betray the expectations of the organizers, but, on the contrary, confirmed the growing interest in this event.

The International Award for Sacred Architecture is sponsored by the Pontifical Commission for the Cultural Heritage of the Church of the Holy See and by the Italian Episcopal Conference, and has just earned the nickname of the Oscars of Sacred architecture, representing a unique initiative, worldwide. Sponsors include the Italian Ministry of Heritage and Culture, the Italian National Council of Architects, Planners, Landscapers and Preservers, the Lombardy Region, the University of Pavia and all territorial authorities and orders.