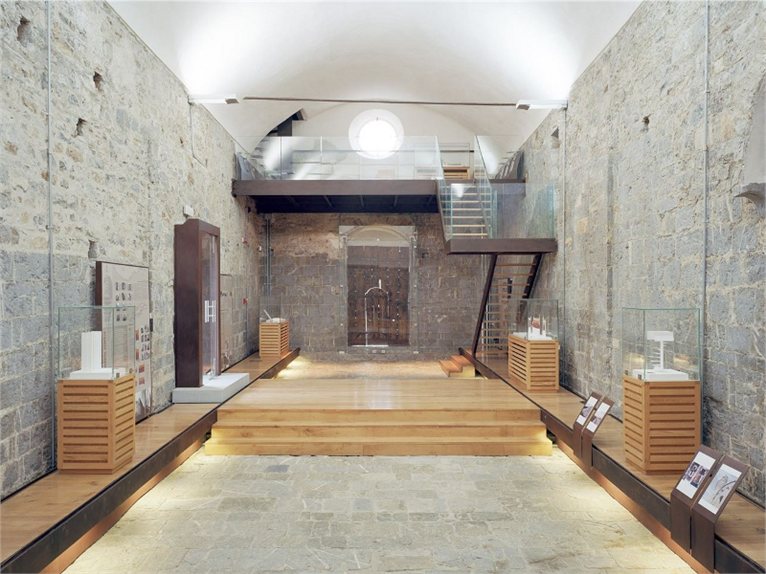 The work of the jury for the PAI 2012 – Award for Architecture and Engineering “Cuneo Savona Imperia”, the biennial award organized by the Roll of Architects of the three cities was completed on 20th September in Cuneo, Italy.

The jury selected works with a certain consistency of design approach, focusing on some common attitudes including awareness of not consuming land, working on the existing, on its reinterpretation and rewriting or on demolition and reconstruction, enriching the heritage of the built environment, with contemporary signs, in communication with history, with memory and contexts, intervening soberly through essential languages.

The jury, after examining the 45 candidate projects, unanimously decided to award the following prizes.

The New Construction category was won by the architect Vincenzo Ariu (group leader) with the project Abitare in Liguria: for its use of the building type with a regular plan that permits the achievement of a lively volume articulation, while respecting the landscape and ensures a constant view of the horizon. It also took into account the fact that the operation meant the demolition of an existing building.

The Category New Constructions - Better integration between architecture and energy sustainability was won by the architect Maurizio Roatta for Industrial Building Monchiero&C. “for the integration of energy saving issues in a topical and delicate theme of pursuit of quality in industrial and logistics areas, which is often overlooked”

The Category Structures, Infrastructures and Technological Systems was awarded to Engineer Daniele voarino with his Restoration and environmental rehabilitation of the former railway section to the east of the municipality of Albisola Superiore “for the original interpretation of re-reading a space created for the fast times of the train and translated onto the slow times of pedestrians, with an interesting intervention of structural consolidation for the tunnel section”.

Architect Luca Dolmetta of LDA Studio, was decreed winner of the Restoration and Rehabilitation of Existing Buildings with his Restoration of the Church-Fortress of San Pietro (Cipressa) “for having integrated some contemporary language issues with the historic roots of the monument, which were not easy to approach. The ways of approaching the roof were also of particular interest, projecting the finite of the building to the infinite of the horizon”.

The project was also declared the Best overall one of the five winners.

The Urban Spaces and Landscape category was won by the work La craquelure, redevelopment of Piazza Matteotti (Badalucco) by architect Marco Roggeri, “for understanding contemporary minimalism and conceptualism, widely investigated in the art world, and for their implementation in an anonymous urban space”.

The category of Interior Design went to the architect Giulia Gaggero with her work Casa G+S "for its intellectually refined approach that goes from the particular of the internal space to the general, by rereading the authenticity of the nineteenth-century residential building; the control of light was particularly impressive”.

In the same category, architect Luca Massimino received a deserved mention for his work Grillo, “for the originality of the theme and its resolution in a clear and elementary figure; in turn this brilliantly solves all the heating, ergonomic and maintenance problems”.

Finally, the prize for the best work performed by a company registered in one of the Industrial Unions - Building Section with registered offices in one of the three Provinces, went to “La Passatore Costruzioni” S.r.l. for the project of Restoration and Reuse of Ecclesiastic Complex of Santa Maria del Belvedere (Cervasca), performed by architect Luca Soave.