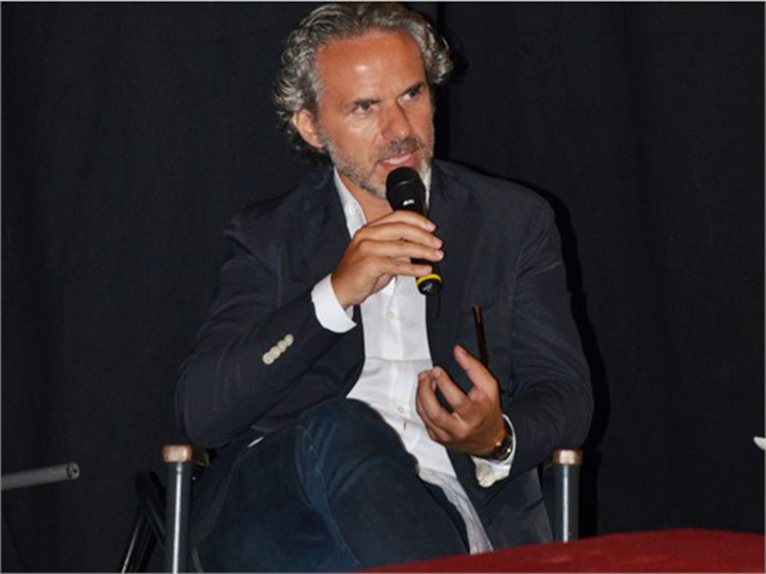 At the end of the design workshop “Architettura per lo sport. Un polo sportivo a Gallipoli per il Salento” (Architecture for sport. A Sports complex in Gallipoli for the Salento, held at the former Market Hall of Gallipoli (on the heel of the boot), from 17 to 23 September 2012, the editorial team of Archiportale spoke to Alfonso Femia and Simonetta Cenci from 5+1AA Architecture Agency.

The two designers, co-founders along with Gianluca Peluffo of studio 5 +1 AA based in Genoa, stressed the importance of training initiatives like that of the design workshop of Gallipoli to the cultural growth of the young students and undergraduates, especially if promoted by the professional rolls and universities, as “different places for dialogue with researchers and professionals which establish the right conditions for opening their own cultural horizons and developing their own critical spirit, within a process of knowledge sharing.”

In particular, Alfonso Femia recalled some of the aspects, and the mentors who were crucial to their professional career, which has distinguished itself on numerous occasions both in the contemporary scene in Italy and abroad: “A great mentor for us, whether it was consciously or subconsciously, was the city of Genoa ( ... ) Genoa is our true invisible city, who taught us and still teaches us every day to discern what we like, what surprises us, what awakens our astonishment, with the same mechanisms by which children discover the world.”

“Another important legacy” - continues Femia - “has been transferred to us by Renzo Piano, who, in our second year of university taught us that in order find your own way you need to work every day with the same energy, passion and desire, but above that architecture is the transformation of reality.”

Italy, like much of Europe and the world, is going through a difficult moment in its history, where it is once again important for those involved in architecture, to recognise in it an “act of responsibility, of transformation of reality, of constant commitment, daily battles, in order to restore a slow cultural process to enhance architecture as a common asset, which does not belong either to the designer or to the client, but to the citizens.”

For those interested in watching the whole video, you can see it here but be warned it is in Italian so you have to be familiar with “the language of the boot”!

Alfonso Femia and Gianluca Peluffo first founded the architectural office 5+1 in Genoa in 1995. In 2005 they incorporated 5 +1AA Agency of Architecture and won the international competition for designing the Palazzo del Cinema in Venice with Rudy Ricciotti. A year later Simonetta Cenci became a partner of 5+1AA and they opened an office in Milan too. The opening of the Paris office dates back to 2007.

The more recent 5+1AA projects include the transformation of the Area dei Frigoriferi Milanesi in Milan in 2008, the reconstruction of some residential lots damaged in the earthquake in San Giuliano di Puglia, the construction of the Horizontal tower located in the Exhibition Grounds of Fieramilano in 2010; the OGR - Officine Grandi Riparazioni Ferroviarie terminated on the 150th anniversary of the Unification of Italy in Turin, the ASI - Agenzia Aerospaziale Italiana new headquarters in Rome, completed in January 2012.

On 29th March 2012 there was the ribbon cutting of the new Multipurpose Center Le Officine in the former Metalmetron industrial area of Savona, while the official opening of the executive phase of the Marseille Docks project took place a few weeks ago.

Studio 5+1AA was also chosen for the construction of new residential complex "Life" in Brescia, in the area of the “former Comparto Milano”, two buildings of which (ed12 and ed13) will be completed by March 2013. The first inaugural visit of the worksite of the first apartment of the housing complex has just been held.