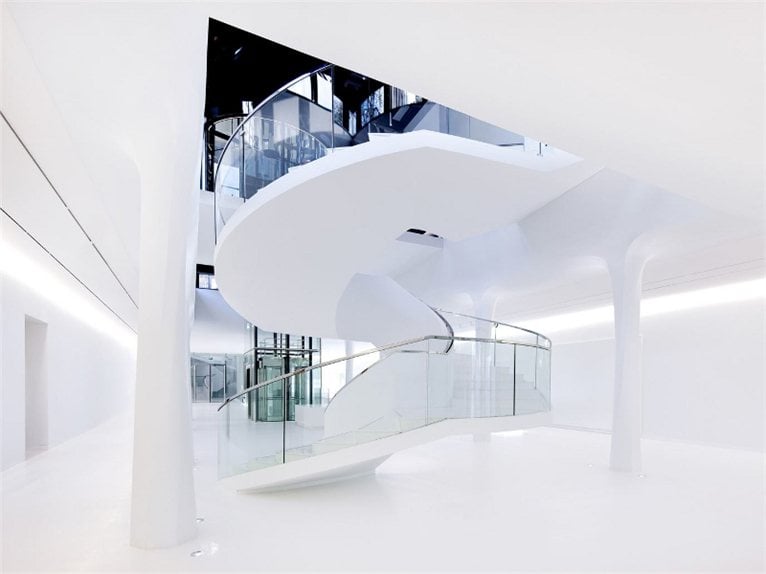 The Drents Museum in Assen, designed by Erick van Egeraat and completed last year, has been awarded the 'Best Interior' during the 2012 edition of the Dutch Design Awards.

In designing the renovated Drents Museum, a new function has been given to the Koetshuis (Coach House) which has become the main entrance to the museum. The existing building has been placed on a glass “pedestal” and underground connecting spaces have been created between old and new.

The jury of the Dutch Design Awards chose the interior of the Drents Museum for its strong sculptural and project planning: “The museum has a strong sculptural power. Emerging from its restraint, the design becomes a dominant presence. Furthermore, all the classic elements that a museum should have, are implemented carefully. By reversing the routing ... the Drents museum itself becomes part of the exhibition. In this way, the history of the museum remains intact, but the premises get an entirely new look.”

Amongst the over 650 nominees, the Erick van Egeraat project reached the final with INA & MATT's The Exchange Hotel and the STILLS Flagshipstore by Doepel Strijkers Architects, both in Amsterdam.