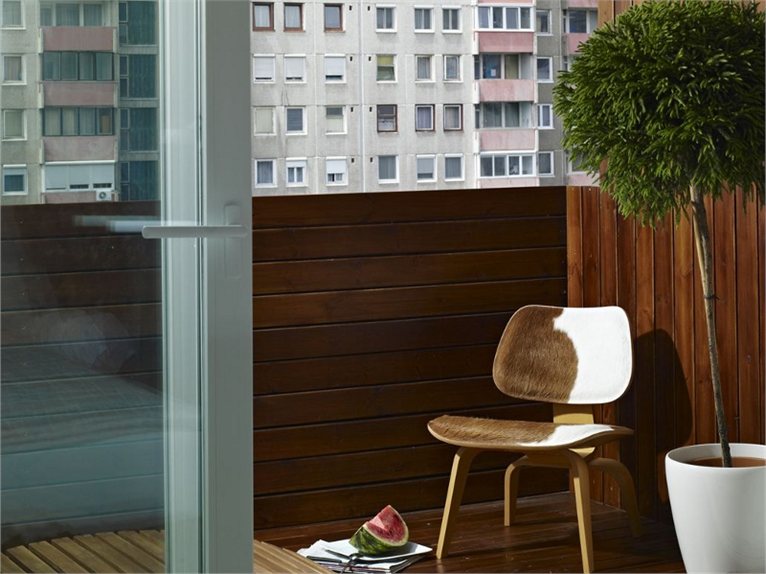 Young Hungarian designer Viktor Csap's renovation of an apartment in a post-soviet building in the outskirts of Budapest, the Panel apartment renovation, gives us an opportunity to reflect on the possibilities of intervening on our suburbs too.

A wealthy couple of diplomats, coming from this district, wanted to transform their 70 square meters apartment on the sixth floor of a typical socialist "block" and their only request was that the new interior should no longer bear any resemblance to the typical interior of the other apartments.

The result is a spacious apartment that almost becomes a single open space. All partition walls were removed and there are only the load-bearing walls, with the plaster and flowery wallpaper removed, leaving the pattern of the exposed concrete. In contrast to this "raw" style the balcony has been completely covered with wood to make it more welcoming and refined (adjective hitherto little used in the district).

The six months of work did not, however, please all of the other residents of the building. However when, as part of the reconstruction work, the couple had the linoleum floor renewed, the light switches changed and the walls painted in the hallway at their own expense, the residents realized that they had to get the common space around them in order. So as a first step, they changed all the doormats!