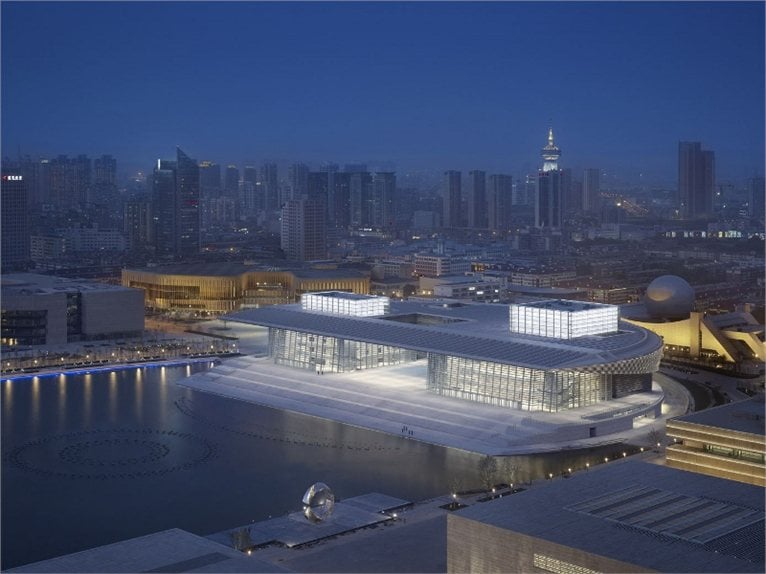 The Grand Theater of Tianjin, one of the four municipalities of the People's Republic of China, has been designed by gmp Architekten.

This recently opened theater is located in a prominent position in the brand new Cultural Park. The circular shape of the roof recalls the existing natural history museum, with which it has an architectural dialogue, as well as to the two elements 'earth' and 'sky' which are fundamental in Chinese philosophy.

The three structures are designed as free standing volumes on a stone base. Broad stairways connect the basement with the suspended square creating a sort of 'urban stage' on the lake and on the Culture Park. The roof structure is a reinterpretation of the traditional Chinese element of multiple eaves and thus defines a system of horizontal layers which create a single architectural entity.