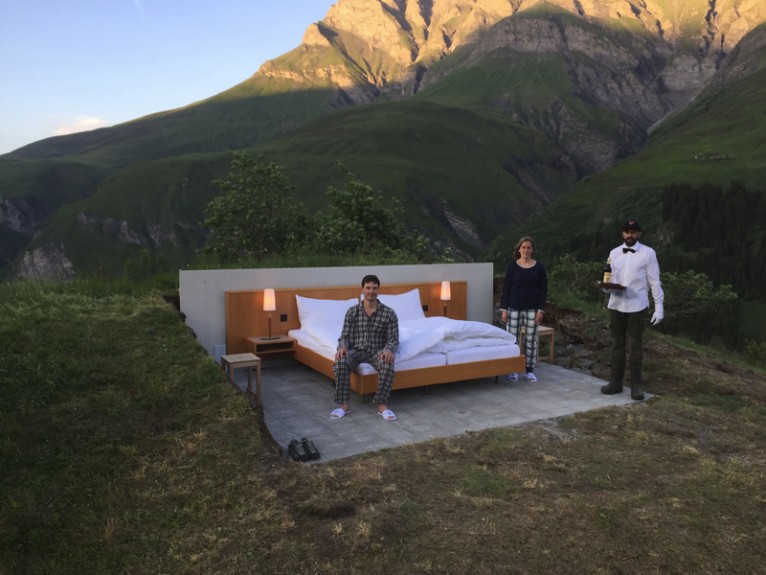 The concept «Null Stern – the only star is you» is now reborn in Safiental, Grisons (Switzerland). From a nuclear bunker to the Swiss countryside: no real estate, no walls and no roof.

On July 2 2016, the conceptual artists, Frank and Patrik Riklin - Atelier für Sonderaufgaben - and hospitality professional Daniel Charbonnier (Minds in Motion) re-opened “Null Stern Hotel - The only star is you” in the form of an open air double bed. With support from the Alps Arts Academy and Safiental Tourism, the double bed is available for reservations. The vision for the 3 partners is to install similar beds throughout the Swiss countryside in collaboration with regional tourism organizations. 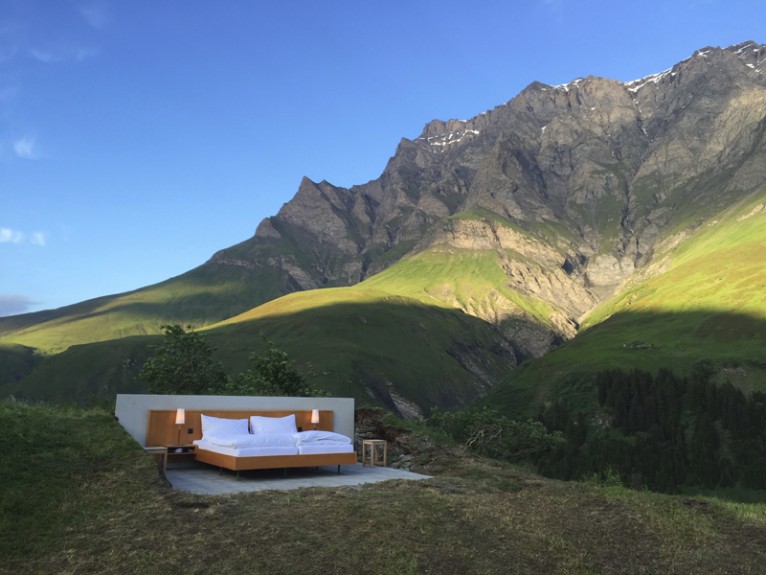 Created in 2008 in a nuclear bunker in the town of Sevelen, St. Gallen (Switzerland) under the tag line “the first zero star hotel in the world”, the concept evolved to gain its current identity in 2009 in Teufen, Appenzell (Switzerland) under the brand “Null Stern – the only star is you”. In 2010, the concept was ready to be developed on a grander scale, starting in an abandoned cinema in St. Gallen, St Gallen (Switzerland) but did not materialize. Five years later, today, the Riklin brothers and Daniel Charbonnier pushed their idea even further – goodbye to the underground and hello to the stars with the motto: zero real estate.

The Double Bed Managed by Local Residents
This new version of « Null Stern, the only star is you » under the stars is managed by the local residents who welcome guests while bringing an innovative spirit to the hospitality sector. The “owner” of the double bed is the region in which it is located. A club of « Modern Butlers », wearing white gloves and bow ties ensure that each guest receives a warm welcome. Contrary to the nuclear bunker experience, this new version under the stars is 10 times more expensive at CHF 250 per night. 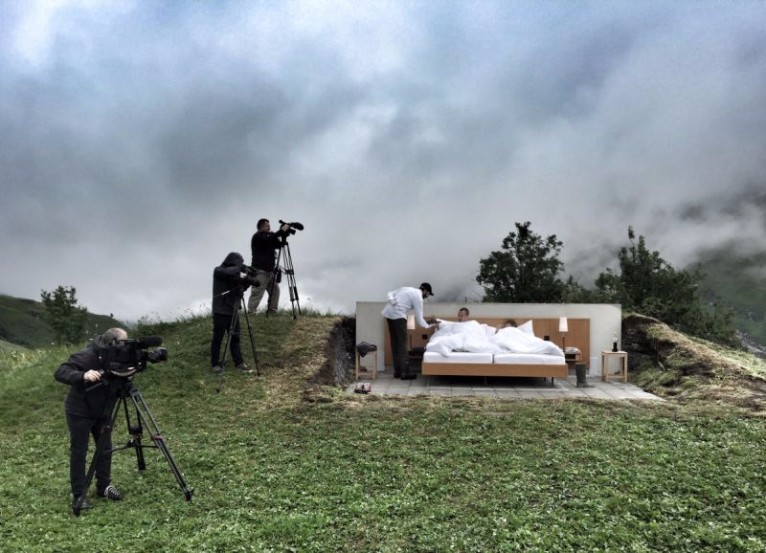 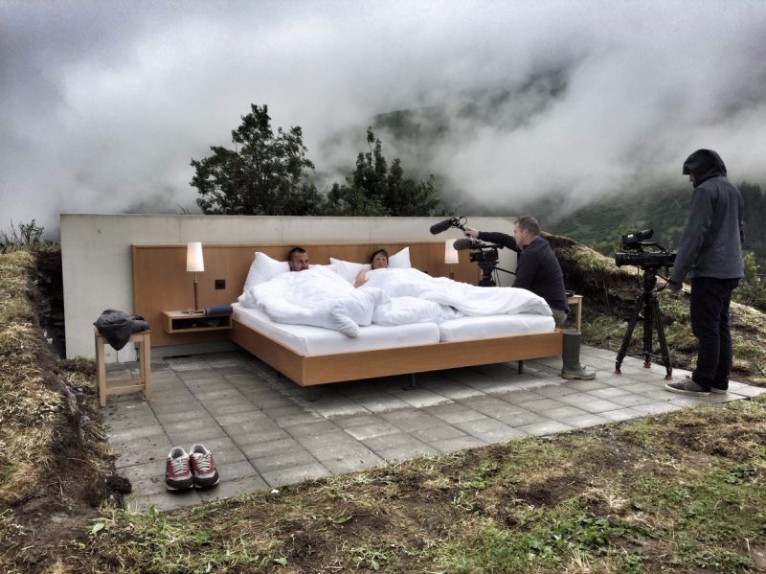 Vision for the Swiss Valleys
The partners plan to implement this new version of the concept across different regions of Switzerland. The objective is to develop a hotel room without walls or roof while showcasing the natural splendor of Swiss landscapes. Daniel Charbonnier explains “Eventhough this version is radically different from the first one in the nuclear bunker, the essence and the spirit of the concept remains the same: to put the guest at the center of the experience and to focus on the intangible by reducing everything else to the minimum”.
The original beds that were in the nuclear bunker will be redeployed around Switzerland – Switzerland will be the first country to become a “hotel”. This evolution of the concept redefines the notion of resources and the idea of ownership. 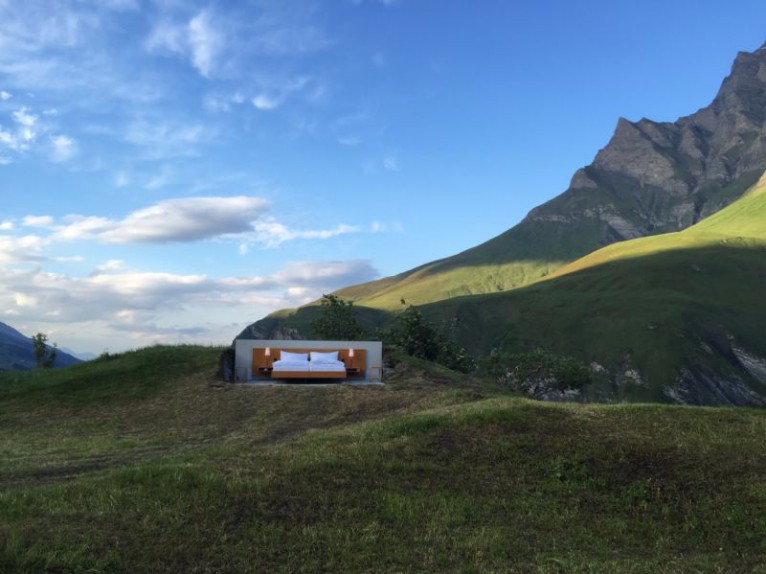