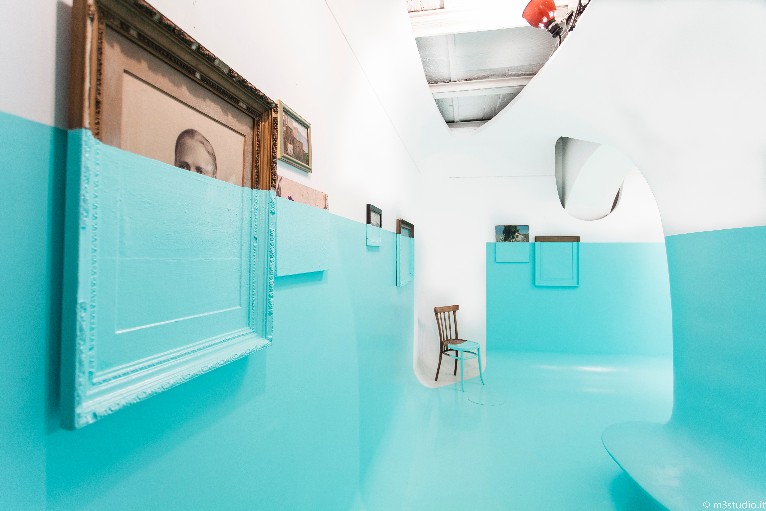 Born in Cava de ‘Tirreni (SA) in 1973, he currently lives and works between Rome and London.

Davide produces work that often re-values modern aesthetic terminology by presenting itself beyond object and objectivity, by which he obtains a reasoning that examines the concepts of time and the flow of time in the space. The artist observes and lets them start growing spontaneously: passing the time, their increasing shapes become drawings made by the nature on the object of art.

By working on the residue of what remains and the aesthetics of this transformation, he forces us to consider the possibilities of time that passes and time that has passed.

He said: "Three years ago in Ex Elettrofonica Gallery, I used a nutrient solution for the proliferation of mould, applied directly on to the gallery walls. On those same walls, this time, in an attempt to stop the decay caused by time, I will used antifouling paint. Ex Elettrofonica is a very impactful exhibition space, an environment characterized by its soft almost organic forms that resembles the concept of the classic white cube". 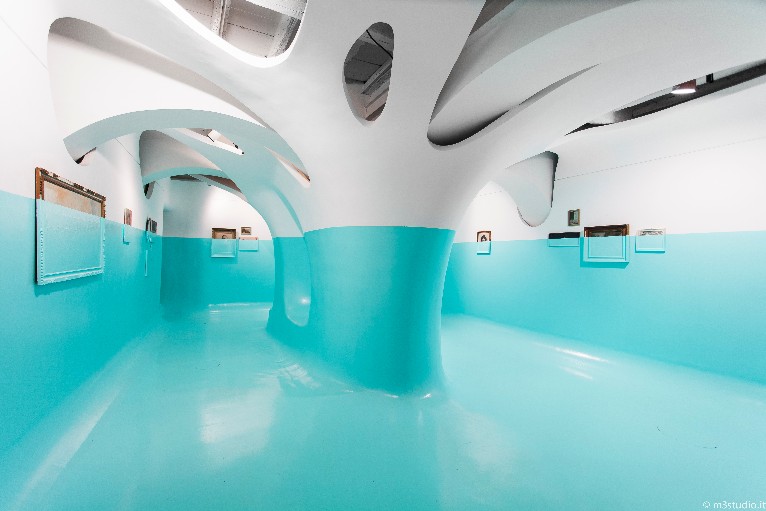 For Antivegetativa, the space is cut horizontally at a height of about 1.70 cm with a single large flow of paint that covers not only the walls and floor, but also the works hanging on the walls (front and back) and the objects on the floor.

"The use of atmospheric agents such as mould, dust or the sun, derives directly
from my experience with informal painting.
The paint brush cannot manage not to “humanize” when I use it, while these mediums and the control that I exercise on them allows me an objectivity which otherwise is not feasible".

Antivegetativa is composed of paint, a chair, a buoy and nineteen paintings from old wineries, used item markets, antique shops and second-hand dealers. 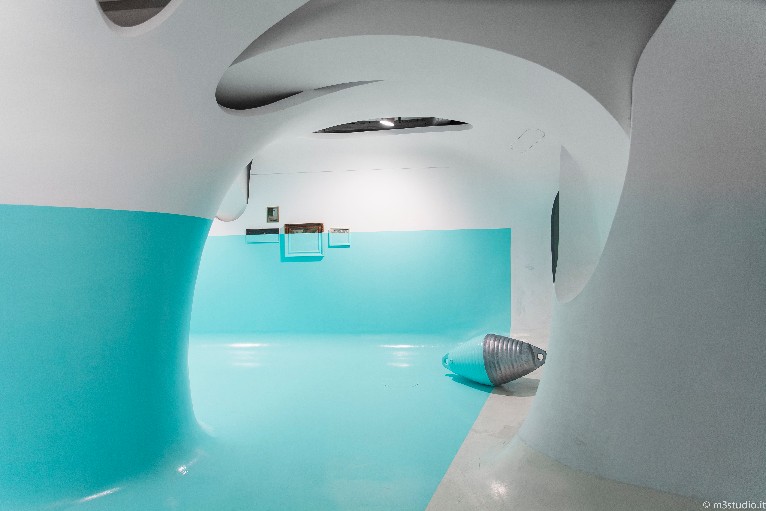 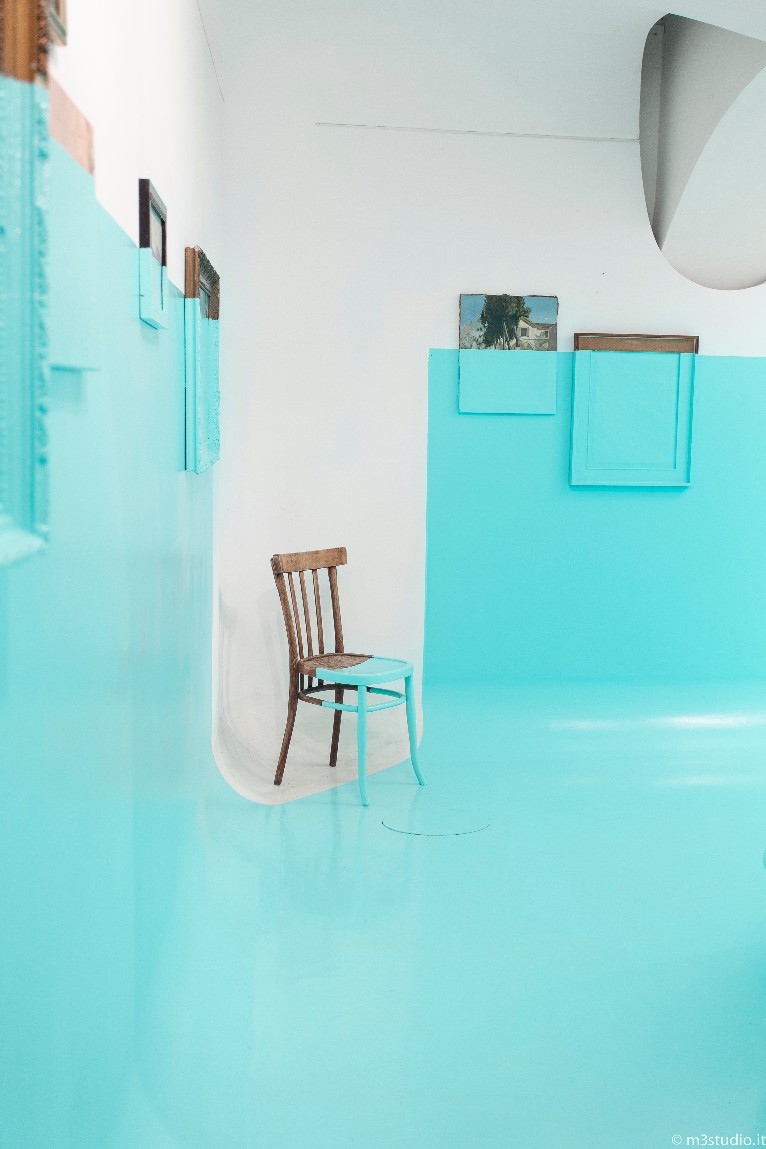 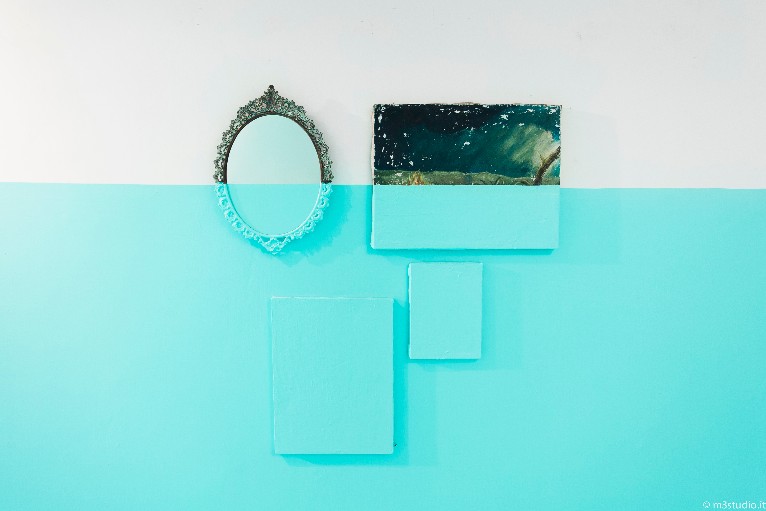 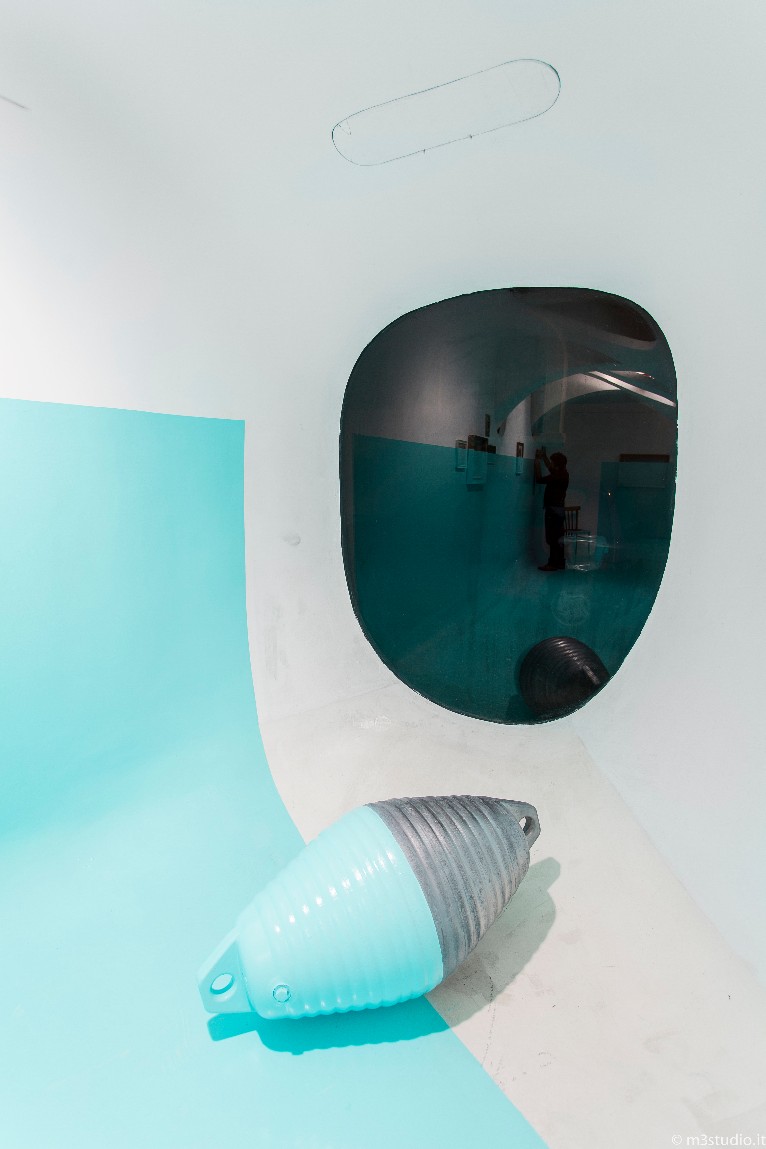 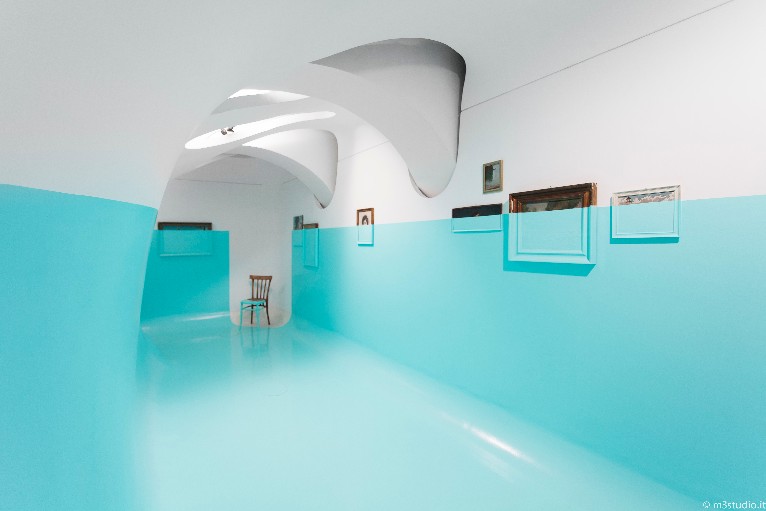 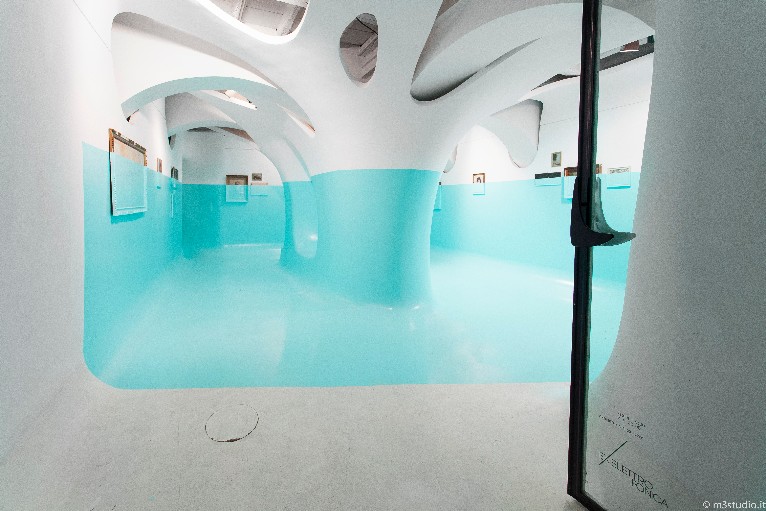 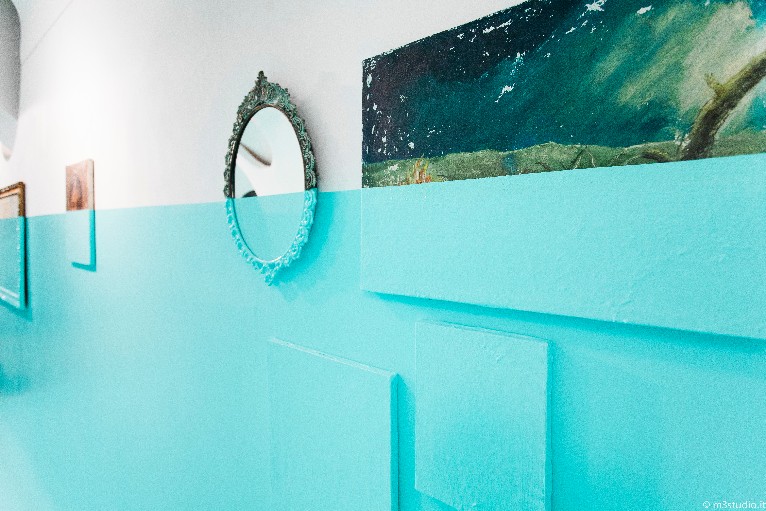