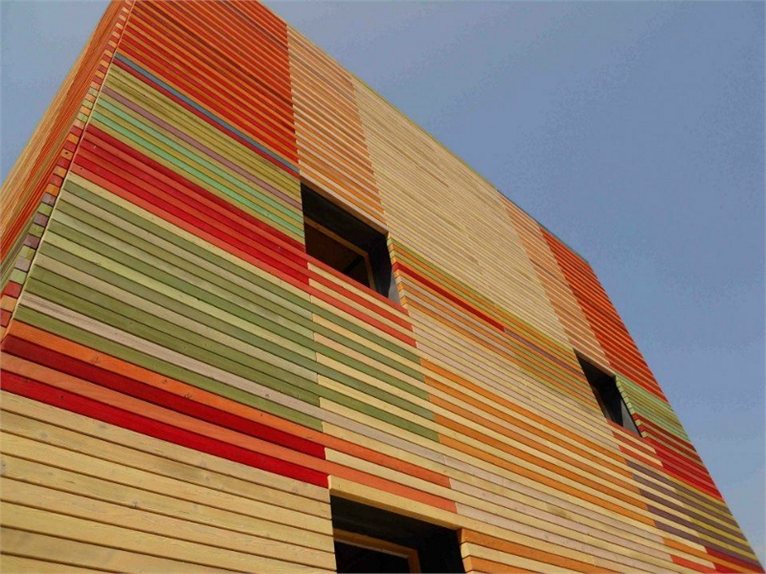 On Sunday October 7th at 6:30pm Orchestra Mozart conducted by Claudio Abbado will officially inaugurate the new temporary Auditorium in L'Aquila with a special concert in the presence of the President of the Italian Republic Giorgio Napolitano. The project design was donated to the City by Renzo Piano who also offered to let 20 undergraduate engineers from the L'Aquila university collaborate on the worksite.

The idea came about thanks to the efforts of Claudio Abbado, who, in the immediate aftermath of the earthquake of 6th April 2009, called for a solution to create a space dedicated to music, also involving his close friend Piano to allow a rapid recovery of that intense musical activity that has always characterized the city.

The new auditorium, funded by the Autonomous Province of Trento and built with precious wood from Val di Fiemme, had to overcome many controversies. There were those who feared that it was just a high profile operation and that this was not a priority in the reconstruction work, then there were those who feared that the new "temporary" auditorium was going to replace the historic auditorium in the Castle, making it overshadow the necessary yet complex restoration.

Piano has always spoken clearly on the issue, defining his auditorium as "ephemeral architecture", made of wood and not of stone and therefore also capable of being dismantled in the future. Indeed, this hypothesis, which will be assessed by a no better specified “popular mechanism”, does not seem to be held in high esteem by the administration who say that they are certain of the fact that the people of L'Aquila will love their new auditorium.

Controversy, after all, is part and parcel of this profession and should really be the "salt" of Renzo Piano's life, although Prince Charles, who has always been, shall we say, “sceptical” of contemporary architecture, recently provoked the Genoese architect, calling his "Shard / London Bridge", the tallest building in Europe, "a giant salt shaker".Renzo Piano has also just returned from the inauguration of another less controversial work. In the presence of Queen Sonja of Norway, on September 27th, he was present at the inauguration of the new buildings of the Astrup Fearnley Museum of Modern Art, a huge "sail" of steel and glass on the banks of the Oslo fjord.

Many greeted this work as Renzo Piano's return to the formal lightness and clarity that, after looking at many of his past works, “the serenity of his best buildings can almost make you believe that we live in a civilized world” as Nicolai Ouroussoff, the architecture critic of the NY Times pointedly noted.