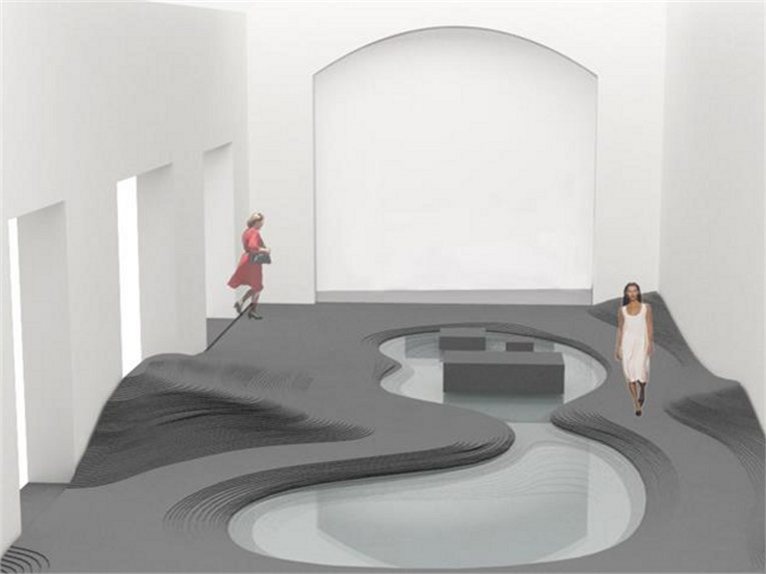 New events, established designers and evocative installations enrich the program of Bologna Water Design 2012, the initiative dedicated to water and the outdoors that has been animating the historic centre of Bologna since the opening day, Tuesday 25th September with Philippe Daverio's short and irreverent talk on the excesses of the toilet.

The post-expo event sponsored by the City of Bologna, by the Province, by the Fondazione Cineteca of Bologna, by Bologna Welcome, by the International Museum and Library of Music of Bologna, by the Association of Architects, by Ascom and this year, also by Cersaie, involves well-known designers on the international scene, industry leaders and prestigious locations. Art sites, historic buildings, gardens and architecture and design firms are hosting fascinating interpretations of the theme of water, a fundamental element in the history of the city of Bologna, through exhibitions, installations and innovative products, until Saturday September 29th.

Mario Bellini's installation is made in collaboration with Platek Light and Polyglass - Mapei Group: the floor of one of the rooms of the former Bastardini hospital is covered with a mirror that reflects ten long luminous dancing rods.

Stone Escape by Kengo Kuma, developed in collaboration with Il Casone, Agape and MAPEI, occupies another room of the Bastardini Hospital, telling a tale of two opposing natural elements, water and stone.

Mario Cucinella's Smart H2OME, in collaboration with SEVES Divisione glassblock and Rak Ceramics, at the former Bastardini Hospital, has the intention of raising awareness of water consumption, especially in the home, illustrating technological solutions that reduce consumption by up to 70%.

Michele De Lucchi and Lorenzo Palmieri, with Hera and Rubinetterie Stella, present a performance of drops of water falling from different heights onto selected objects and materials that produce different sounds at the Museum of Music.

Break in Blue by Diego Grandi in collaboration with LEA CERAMICHE redesigns the space of the courtyard of the former Bastardini Hospital with the use of coloured panels in shades of blue the size of ponds.

Open Project, on the other hand presents a play on words expressing a new look at a commonly used object, the umbrella, that takes on the metaphorical function of collecting water and not protecting from it.

Nessie by Bscape architects traces the path of a stream that becomes the three-dimensional object with many functions related to the outdoors, from a seat to a fountain, a resting area.

Today, the former Bastardini Hospital also houses the video installation called 'CanvasBlackout', in which the water is transformed into canvas painting where lights, colours, objects and materials take on new meanings with differing interpretations after immersion in water.

On September 27th, on the other hand, there is another video installation 'Eau du cinema' by Francesca Zerbetto, which consists of an amusing edit of scenes from different films telling the story of water in its most varied meanings, from games, to seduction, to fear and death.

The refectory of the former Bastardini Hospital will, on the same day, be hosting Design Challenge 2012, the contest of project creativity and improvisation which will see designers working in eight teams made up of of 1 to 3 competitors each.

Bologna Water Design 2012 also involves the design schools and young people thanks to the participation of Domus Academy, IED, Faculty of Bolzano, Polytechnic School and L.UN.A., who will be exhibiting innovative projects and products at the Free University of the Arts of Bologna L.UN.A. until September 29th.