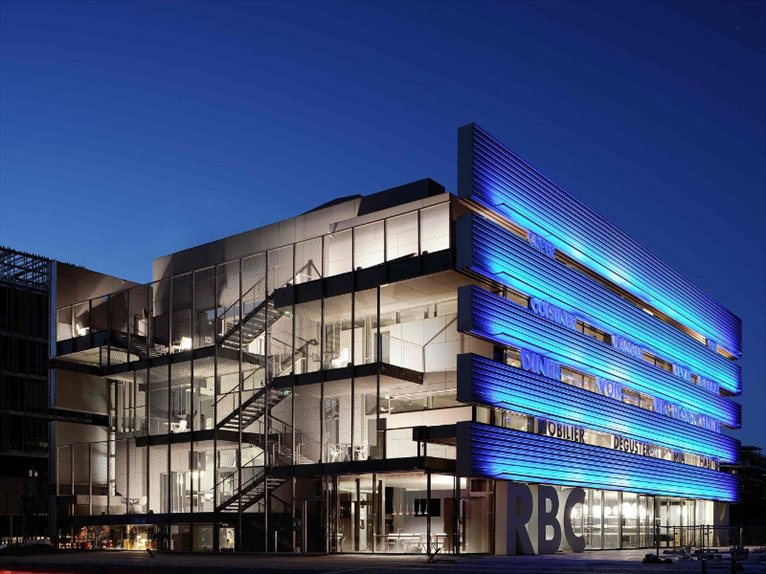 Jean Nouvel has recently unveiled the new RBC Design Center, a concept store that occupies an area of almost 2000 square meters. It was commissioned by Franck Argentin, partner of the brand B&B Italia, as well as one of the most important French distributors of design objects. The store was opened in Montpellier, a city gradually expanding towards the Mediterranean coast.

The project is, therefore, a collaboration between Jean Nouvel, Franck Argentin, Nicolas Crégut and Laurent Duport's C+D architecture and artist Yann Kersalé, who curated the external lighting system of the façade.

The building, characterized by its refined details, is conceived as an exhibition 'machine' capable of containing a multi-storey showroom, but also a bookshop and a restaurant. It is a work of architecture whose internal configuration is evident from the façade: an open central atrium divides the building into two parts and is traversed by two metal staircases.

The two volumes making up the building have a split-level arrangement connected by both staircases and supported by metal rods.

the Design Center is located along the road leading to the sea, but maintains a scale closer to everyday life. It comes within a recent series of major works involving the city of Montpellier including Zaha Hadid's Pierres Vives Building, which will be officially inaugurated on 13th September, the Lycée Hôtelier Georges-Freche school of Hotel Management building - designed by Massimiliano and Doriana Fuksas' Studio Fuksas and inaugurated today 7th September and the new Town Hall also designed by Nouvel and completed in 2011.