Wetransfer, the well known free service to send big or small files, could be a huge source of information. And so it has been for me today. While I was downloading an important file my attention has been cought by a phantasmagoric illustration on the background.

One click, and I have been catapulted into the surreal world of Ugo Gattoni.

He is a young and talented artist, illustrator and art director, born and bred in Paris. Was the 2011 when he gained notoriety for a 33ft mural design in Paris. Right after the pubblication of Bycicle, a book inspired by the 2012 London Olympic Games where he illustrated a cycle race through the streets of London, he attracted the attention of Hermès who he has been working with since.

Hippopolis, the name of his latest work, has been actually created to be printed on his first scarf designed for the French manufacturer.

"There was no doubt in Ugo’s mind what the theme for his first Hermès scarf would be. At the centre of his megapolis stands none other than a gigantic monument dedicated to the horse. This design, each tiny part of which holds a surprise in store, perfectly reflects his aesthetic universe : a phantasmagoric world where the eye wanders freely, pausing at each sketch, each architectural fragment.

Horses snort a decorative chequerboard tiling, abandon themselves to the joys of tobogganing, walk on a tightrope, and become acrobatic dancers… without forgetting, of course, the groom and carriage! With his steady hand and infinite patience, this young illustrator has a good laugh as he invites us into his inspired daydreams."

HIPPOPOLIS from Ugo Gattoni on Vimeo.

Hippopolis presents at the center a monumental building dedicated to horses. The Architectural influence, in this case as the previous ones, represents an important element especially for the incredibly detailed strokes with which the buildings are drawn. An influence remarked also in Endless Stairs, another Ugo's illustration inspired by Escher's work. 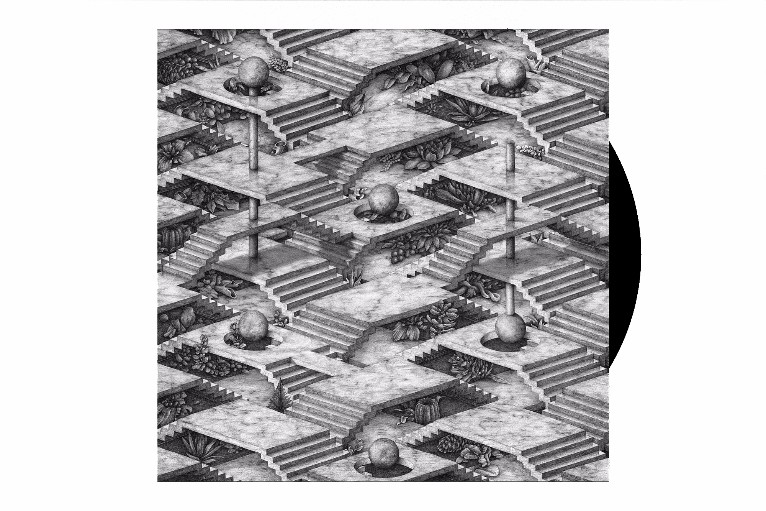