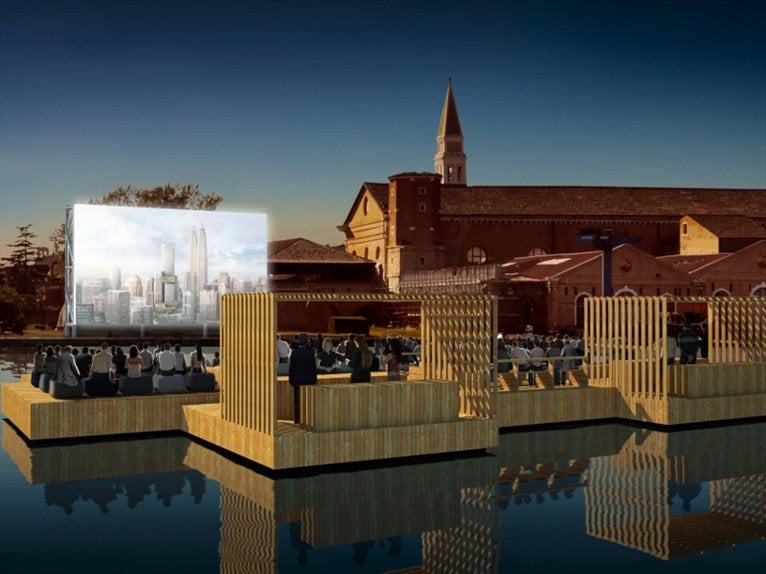 Archipelago Cinema, a floating auditorium designed by architect Ole Scheeren, formed part of the official selection of collateral events in the 13th International Architecture Exhibition. An evocative outdoor theatre located within the old harbour basin Darsena Grande of the Arsenale, Venice’s historic shipyard, the modular raft will act as a mobile stage for events, including the world premiere of the film Against All Rules.

Against All Rules, a documentary essay produced by acclaimed filmmaker and architecture specialist Horst Brandenburg, presents profound insight into the work and philosophy of German-born and Beijingbased architect Ole Scheeren. Spanning a period of more than six years, the film follows the breathtaking construction of one of the most iconic buildings of recent times, the CCTV Headquarters in Beijing and the role of its lead architect Ole Scheeren – an unparalleled adventure in the world of architecture and construction. Archipelago Cinema by Ole Scheeren Collateral Event of the 13th International Architecture Exhibition – la Biennale di Venezia The film ventures further to reveal the architect’s life and work beyond creating one of the largest buildings ever built. A wide range of other ground-breaking projects in Beijing, Bangkok, Singapore and Kuala Lumpur represent new prototypes in response to the complexity and growing challenges of a global and dramatically shifting world. As Horst Brandenburg states: “Ole Scheeren has come to stand for what architects have to fulfil beyond primary function: a promise, an aim, a dream, or a vision of the future at the beginning of the 21st century”. Following the Venice premiere, Archipelago Cinema is set to embark on a journey around the globe, providing an itinerant platform for architectural discourse and film screenings, while Against All Rules will further feature at a series of international film festivals. 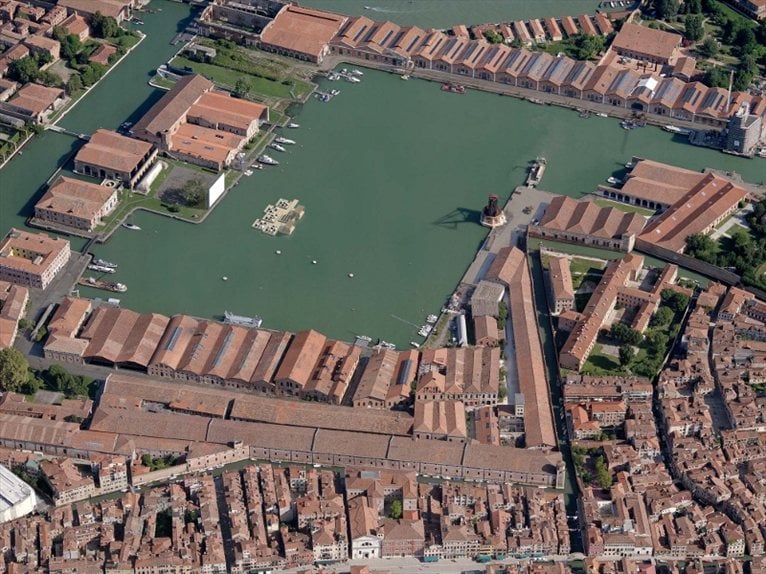 German-born and Beijing-based Ole Scheeren is principal of Buro Ole Scheeren and an internationally celebrated architect and visiting professor at Hong Kong University. He is working on a series of projects, including Angkasa Raya in central Kuala Lumpur, a large-scale urban development in Singapore, a studio/gallery for a Beijing-based artist and the new headquarters for Guardian Auction in Beijing. Prior to founding Buro Ole Scheeren, he was partner and director of the Office for Metropolitan Architecture, and responsible for the office's work across Asia. He successfully led the design and realization of the CCTV – Headquarters and the Television Cultural Centre TVCC in Beijing. Other projects include MahaNakhon, The Interlace, The Scotts Tower, as well as the Taipei Performing Arts Center. Scheeren directed OMA’s work for Prada and completed the Prada Epicenters in New York (2001) and Los Angeles (2004). Through Studio Ole Scheeren, he is exploring nonarchitectural projects and interventions, such as Archipelago Cinema, a floating auditorium first conceived in the Andaman Sea of Thailand which has now been recreated for the 13th International Architecture Exhibition – la Biennale di Venezia.