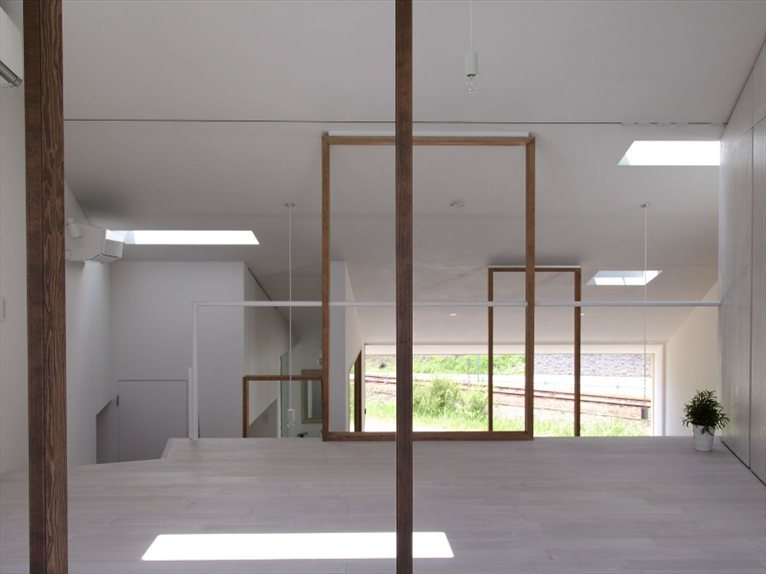 The idea of space of UNOU, the house designed by Katsutoshi Sasaki in Aichi (Japan), stems from the desire to frame the panoramic views you can enjoy from its two ends. To do this, the architect created two “frames”, a vertical one to the east and a horizontal one to the west. The space that connects these two frames is the house itself.

It is an open space in a horizontal direction whose height gradually varies until it converges in the vertical frame. A single environment that expands horizontally and vertically.

“For me, the home should be a single room,” says Katsutoshi Sasaki “in which, however, there would still be small possibilities of privacy, so we have created a single environment that allows you to fit inside a family and its dynamics in total privacy”.

Between the various rooms of the house a “boundary of air” has been created which is marked by a sequence of wooden frames, as used as windows or doors, which continually evoke the concept behind the project.