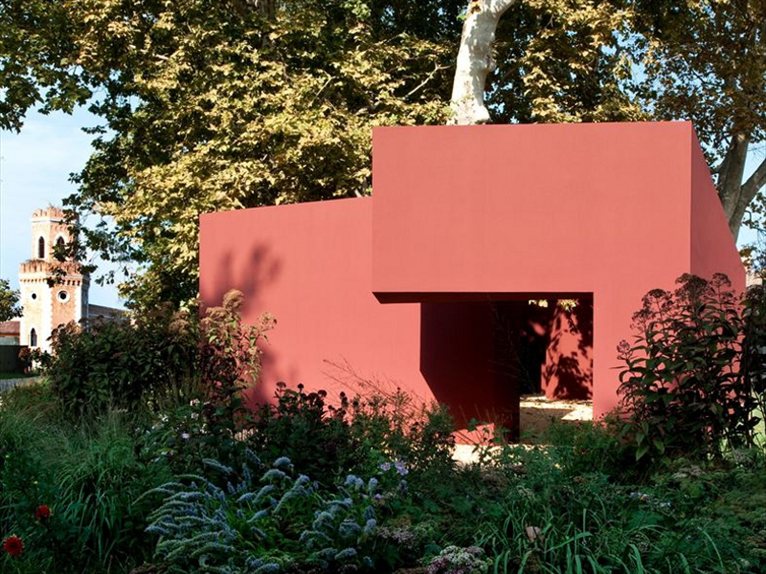 Portuguese architect Alvaro Siza, who won the Golden Lion for Lifetime achievement from the Board of la Biennale di Venezia as we reported in July, has created an installation in the Giardino delle Vergini called “Percorso” which can be roughly translated as “route” “path” or “itinerary”. This pathway through the gardens uses bare red walls to create two intimate rooms each containing a tree. Apart from furnishing the otherwise bare room, the tree gives them a dramatic appearance thanks to the play of sunlight and shadows. Gaps and cuts in the walls give glimpses of the gardens and of the surrounding architecture of the docks. These intimate rooms are meant as a tribute to the compact architecture of the city of Venice. 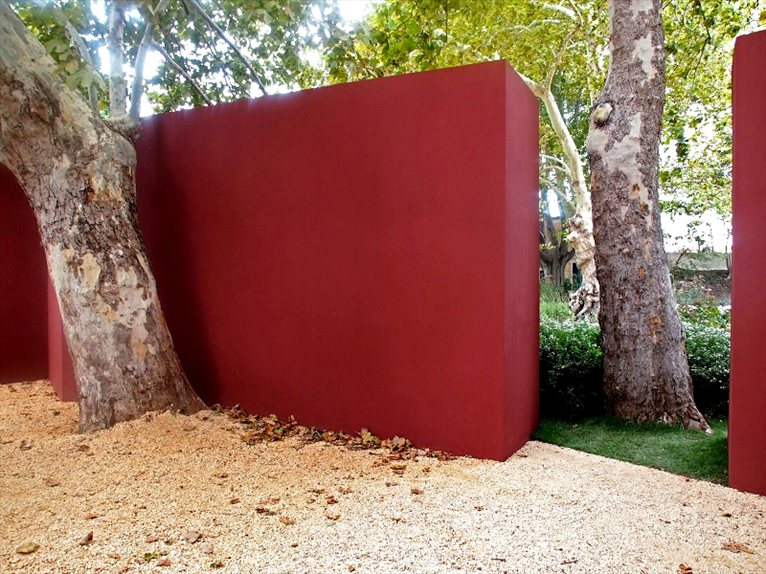 This is his second Biennale Award after the Golden Lion in 2002 for best project of the International Exhibition: Iberê Camargo Museum in Porto Alegre (Brazil).

The 79-year-old Portuguese architect is highly appreciated in the world of architecture not only for his refined design sensibility and his ability to make things which are complex look simple and natural, but also for his retiring, anti-starchitect attitude.

True to his character he was unable to be present to accept his award due to a broken arm, but his presence is ensured thanks to this installation.

The Giardino delle Vergini also houses Windows, an installation created by Souto de Moura: a sandy-coloured structure that frames views over the waters of the Arsenale. 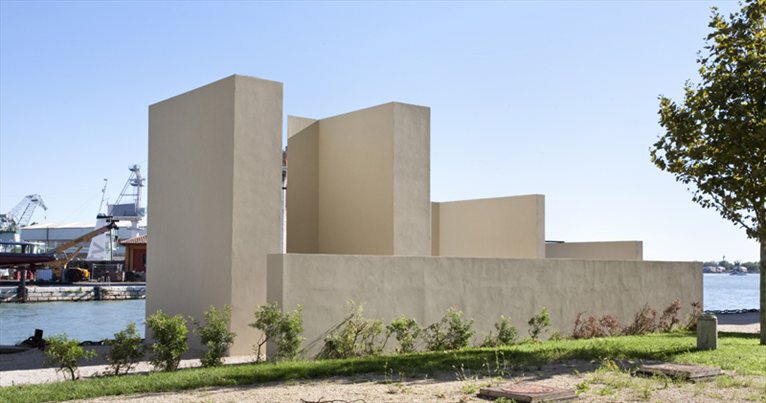