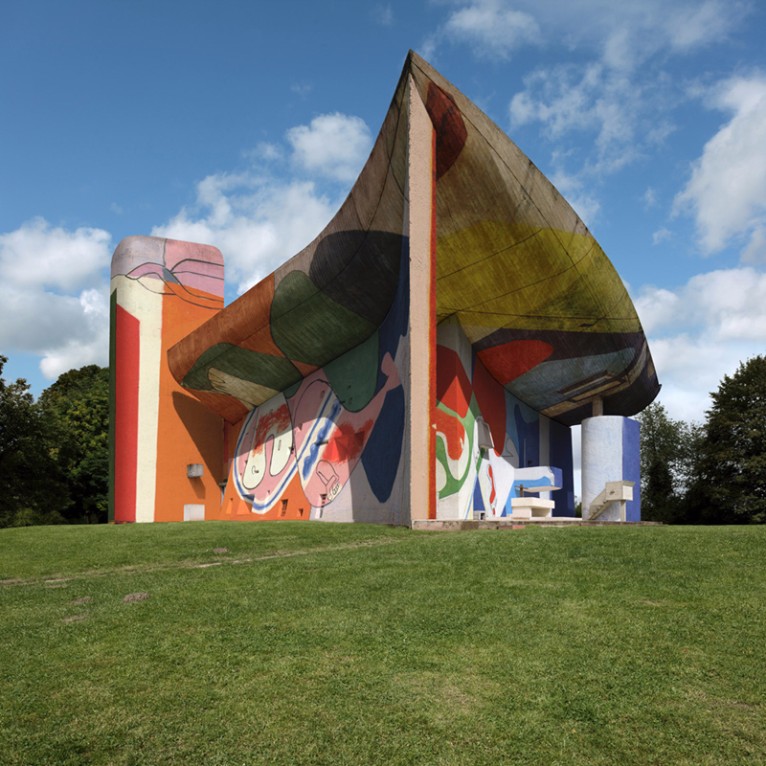 The last work by Xavier Delory, from the series Pilgrimage along modernity, is dedicated to the chapel Notre-Dame-du-Haut, built by Le Corbusier between 1951 and 1955 on the hill Bourlémont, Ronchamp (France).

The chapel was commissioned by the Dominican friars. Among them, was the father, Marie-Alain Couturier, who campaigned for the introduction of architecture and modern art in religious constructions.

At the time, the chapel’s architecture surprised a great number of architects and architectural critics who saw Le Corbusier as one of the fathers of functionalism who swore allegiance only to the right angle. 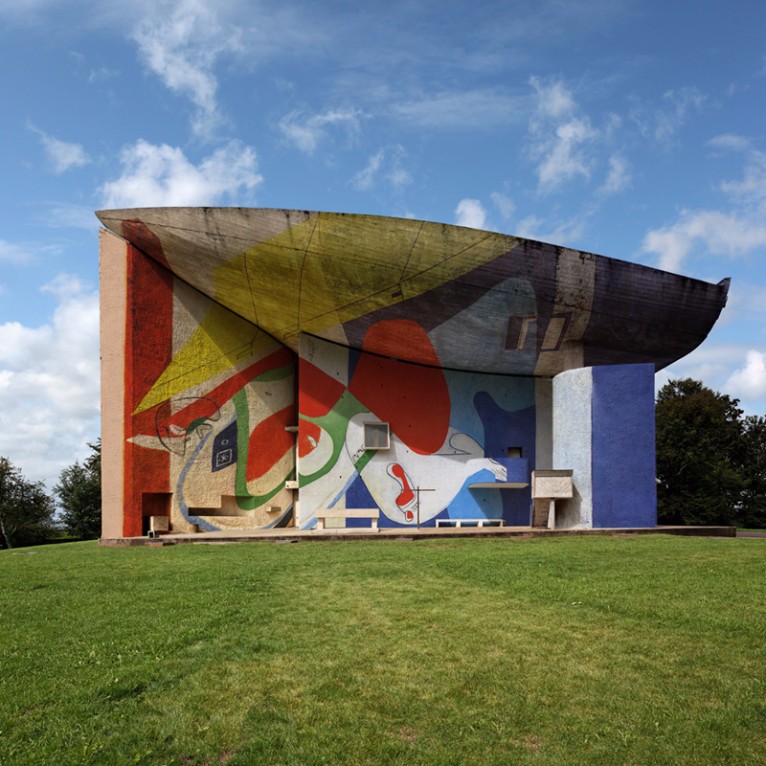 Its round shapes inspired by the Vosges hills (audio visual) and the animal world (crab shell for the roof), appeared to them to be a betrayal of the theories of modern architecture.

Le Corbusier was not only an architect, he was also a painter and sculptor. He is the author of the phrase "synthesis of the arts" meaning an alliance between painting, sculpture and architecture.

At first he thought about what painting and sculpture could bring to architecture, not playing a decorative role but rather "as a house guest." In a second phase, he moved this level of synthesis to a fusion of modern architectural styles at Ronchamp. 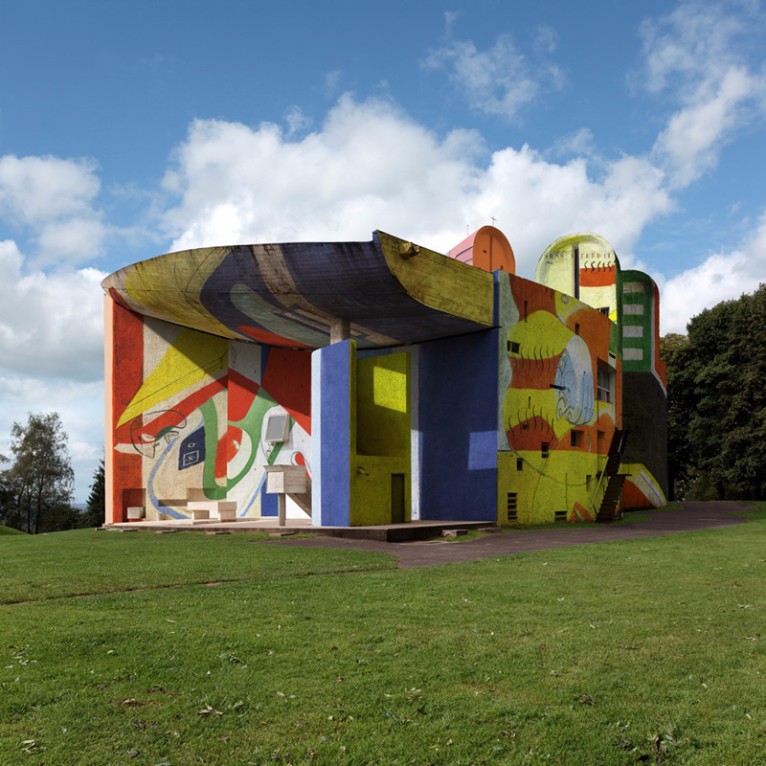 For Le Corbusier, Ronchamp is 'A synthesis of the arts', or perhaps 'novelty architecture' for the architect and theorist Robert Ventury. In his book “Learning from Las Vegas " (1972), the latter perceives the concept of “novelty architecture” as: architecture in which buildings and structure have an original, peculiar form, often with the aim of self-publicity, to stand out as a visually attractive object in the landscape, and sometimes just as a simple expression of the owner or architect’s eccentricity. Today, some architectural experts state that the architecture of certain 'star' architects (such as Frank Gehry, Daniel Libeskind or Zaha Hadid…) is “novelty architecture '. 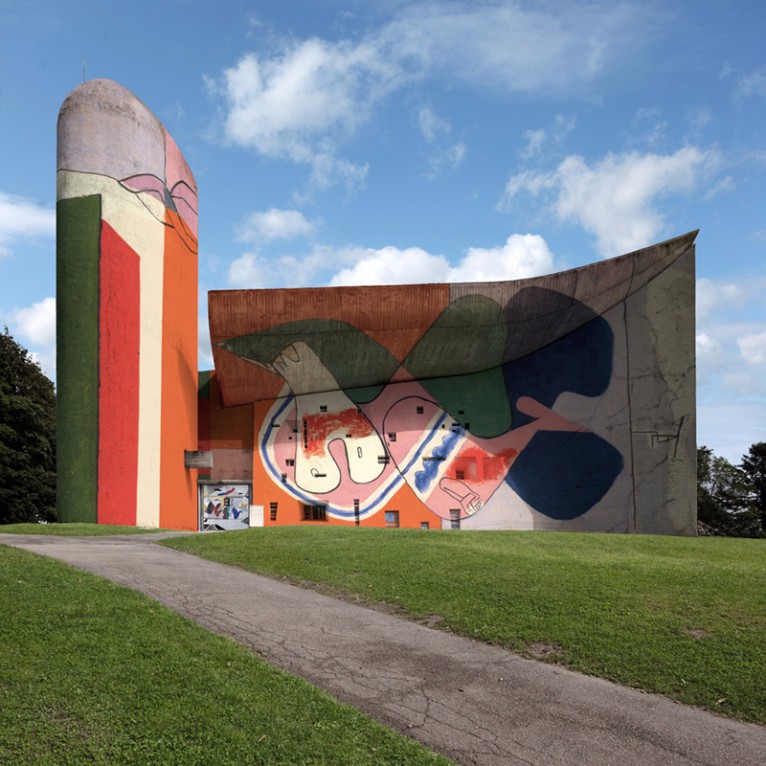 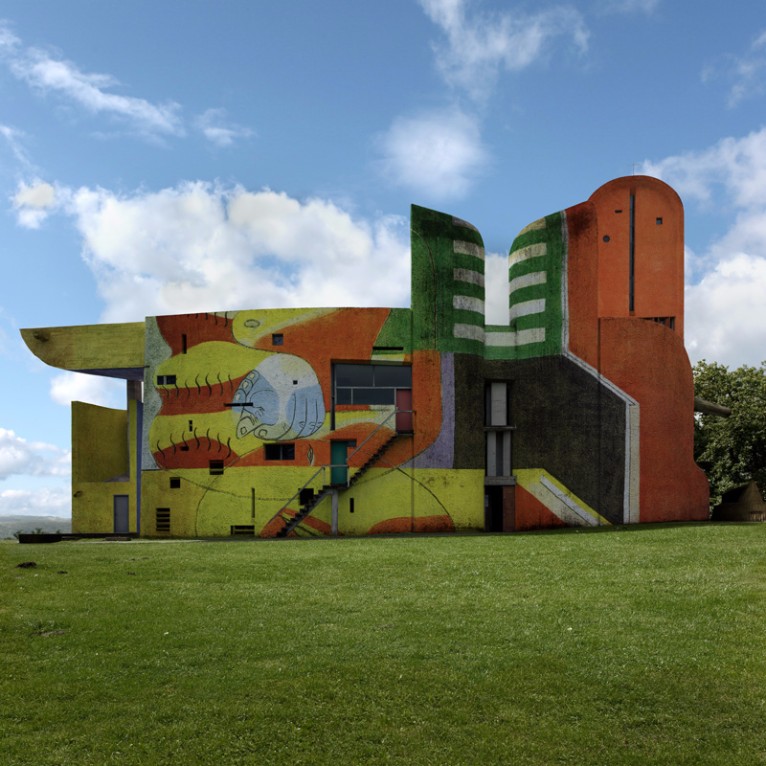