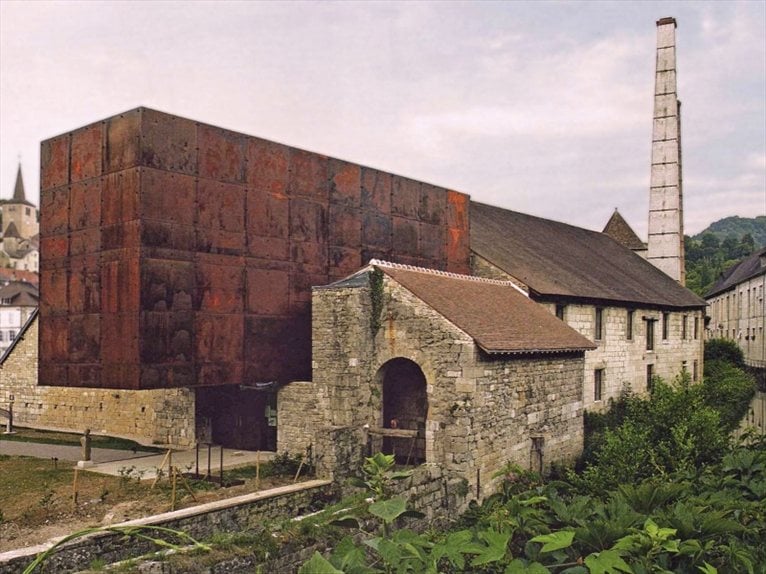 The Musée du sel de Salins-les-Bains, designed by French architects SCP Malcotti Roussey is part of a complex work of restoration and enhancement of the ancient saltworks of Salins-les-Bains, not far from the French border with Switzerland.

The saltworks in Salins-les-Bains, which has been closed since 1962, were active from the Middle Ages, and despite the demolitions, occurring continuously since 1940, they maintained their imposing appearance, halfway between industrial aesthetics and a profoundly neoclassical style.

In 2009, the inclusion of the site in the UNESCO World Heritage list gave new vigour to the decision to recover the complex, accelerating the process started in the spring of 2006 with the great International design competition.

Imagining the future of three imposing buildings on the surface and the very long underground tunnel dating back to the thirteenth century, is not straightforward and raises important questions of method.

Against such strong existing architecture, the architectural intervention was deliberately limited: the museum was created to see, rather than to be seen. It seeks to "light up" the site, standing out clearly in its geometry and in the choice of materials.

Yet this apparent neutrality is consistent with its mission, to bring out the details of the great construction, leading the eye towards its materiality, to rediscover the site with a new perspective.