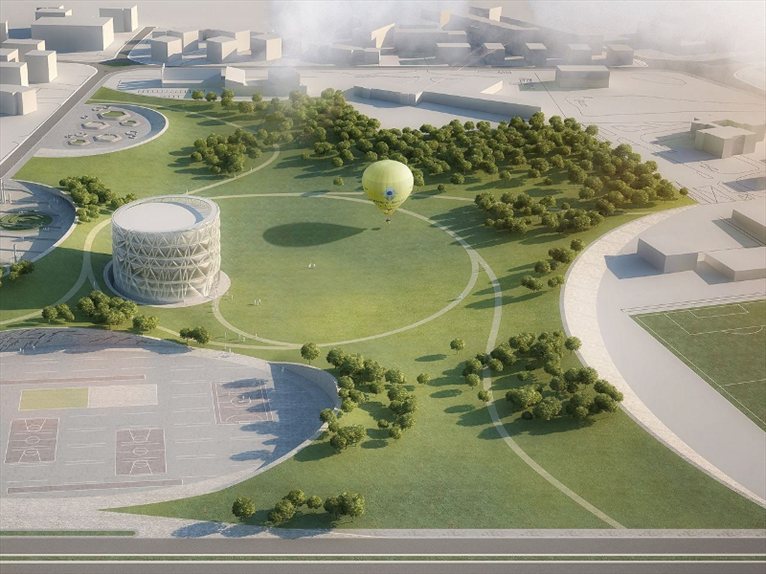 The judging process of the architecture competition organised by the Municipality of Aquila for the reconstruction of the Piazza d'Armi urban park at L'Aquila, a part of the city dramatically affected by the earthquake of 2009, has just been completed. The competition, announced last February, was won by the architecture office from Rome modostudio made up of Architects Fabio Cibinel, Roberto Laurenti and Giorgio Martocchia.

The design approach adopted by Modostudio was that of devising an abstraction which is de-contextualised with respect to the neighbouring city but in close relationship to the skyline created by the nearby mountains. The new park will, therefore, act as the main element for city life. Inside it there will be a multipurpose building that will be at the same time a place of performance, entertainment and the new pulsating heart of l'Aquila.

The functional elements designed to delimit the lot of the square were conceived as a result of a centripetal force, which pushes them from the urban fabric towards the centre of public space in a curved trajectory, creating a sort of filter between the adjacent urbanized area and that of the green park.

As a reminder of the tragedy experienced by the city and by the people, caused by the earthquake in 2009, the designers have chosen to set up some artistic installations along the walls that define the square, made up of ordinary objects of everyday life. In this way the square becomes a large white canvass covered with coloured patches which provide the metaphor of a city reborn.