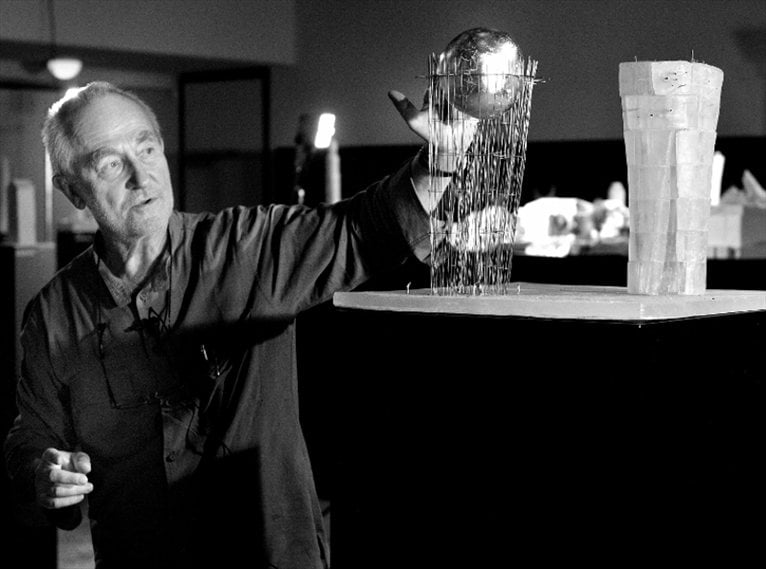 The Kunsthaus Bregenz is opening a part of its hitherto littleknown collection of works to a broader public. To get the ball rolling minimalist modernist architect Peter Zumthor, who designed the Kunsthaus Bregenz itself, standing in the light of Lake Constance in Austria, will have a selection of his models on show in the 200 square metre space on the first floor of the Post Office building directly adjacent to the Kunsthaus Bregenz. The world renowned architect also designed last year's Serpentine Gallery Pavillion (his first UK building) a building for contemplation, a garden within a garden and the hauntingly beautiful The Steilneset Memorial to the 17th century witch hunts in Norway. It was also recently revealed that he is working on a major redesign of the Los Angeles County Museum of Modern Art, recently in the news for the transportation and last week's official opening of Michael Heizer's Levitated Mass.

The curatorial conception and design of this showcase has been developed in close consultation with Peter Zumthor by Thomas Durisch. Realized buildings as well as projects that remained in the design stage will be on show. In its variety the exhibition demonstrates the outstanding role that working with models and original materials such as wood, metal, or clay play in Architekturbüro Peter Zumthor, a small studio with around 30 employees in Haldenstein, near the city of Chur, in Switzerland.

Zumthor, was the son of a cabinet maker and before becoming an architect he was an apprentice carpenter and then went to the school for arts and crafts. For him model making is the only way to consider the “atmosphere” of a space.

In addition to the majority of exhibits, which are presented on a system of display shelves specially designed for the purpose by the architect, three specimen projects will be individually displayed. These three projects, all involving cultural spaces in the broadest sense of the word, are of recent date. All three buildings serve in different ways as gathering places for the presentation of cultural products such as handicrafts and music or (Redevelopment of De Meelfabriek, Leiden) revitalize an industrial heritage. Two of the projects (Werkraumhaus, Andelsbuch, and New Town Gate, Isny) are also notable for their geographical closeness to Bregenz.

Following the current presentation an exhibition of models by Peter Zumthor in the KUB Collection Showcase titled Architecture and Landscape is planned for 2013.