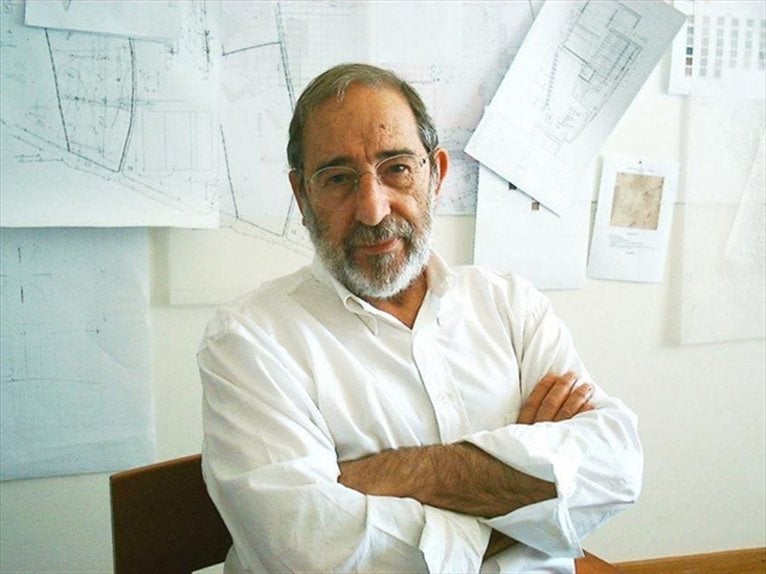 Portuguese architect Álvaro Joaquim de Melo Siza Vieira better know as simply Alvaro Siza, who has already won just about every award going, has been selected to receive the Golden Lion for Lifetime achievement by the Board of la Biennale di Venezia which is currently chaired by Paolo Baratta and on a proposal by Director David Chipperfield. This is his second Biennale Award after the Golden Lion in 2002 for best project of the International Exhibition: Iberê Camargo Museum in Porto Alegre (Brazil).

He will receive the prize at the opening and award ceremony on August 29, 2012 at the gardens of la Biennale.

The board gave the following motivation: ‘it is difficult to think of a contemporary architect who has maintained such a consistent presence within the profession as Álvaro Siza. That this presence is maintained by an architect that lives and works at the extreme Atlantic margin of Europe only serves to emphasize his authority and his status.’

‘Since the early appreciation of the Boa Nova restaurant and the swimming pools at Leca de Palmeira and a reputation confirmed by the early houses (Casa David Viera de Castro, Vila Nova de Famalicao), Siza has maintained a unique position in the architectural galaxy. This position is full of paradox.'

Siza has upheld a consistent production of works at the highest level, yet without the slightest hint of the overt professionalism and promotion that has become part of the contemporary architect’s machinery. Apparently running in the opposite direction to the rest of the profession he always seems to be out in front, seemingly untainted and undaunted by the practical and intellectual challenges he sets himself.’

‘Secured by his isolated location, he exudes worldly wisdom. Experimenting with forms of extreme geometry, he manages to produce buildings of great rigor. Developing an architectural language that is uniquely his, he seems to speak to all of us.'

'While his work exudes the security of judgment, it is clearly intensified through cautious reflection. While we are dazzled by the lightness of his buildings, we feel the seriousness of their substance. Those of us fortunate enough to have heard him speak about architecture, using words as sparingly and as precise as the fine lines of his drawings, know that these works are not the product of a conventional talent but of a mind sophisticatedly exercised by the confidence of knowledge and the wisdom of doubt.’

The 79-year-old Portuguese architect is highly appreciated in the world of architecture not only for his refined design sensibility and his ability to make things which are complex look simple and natural, but also for his retiring, anti-starchitect attitude.

A man of few words, his architectural heritage speaks for itself.