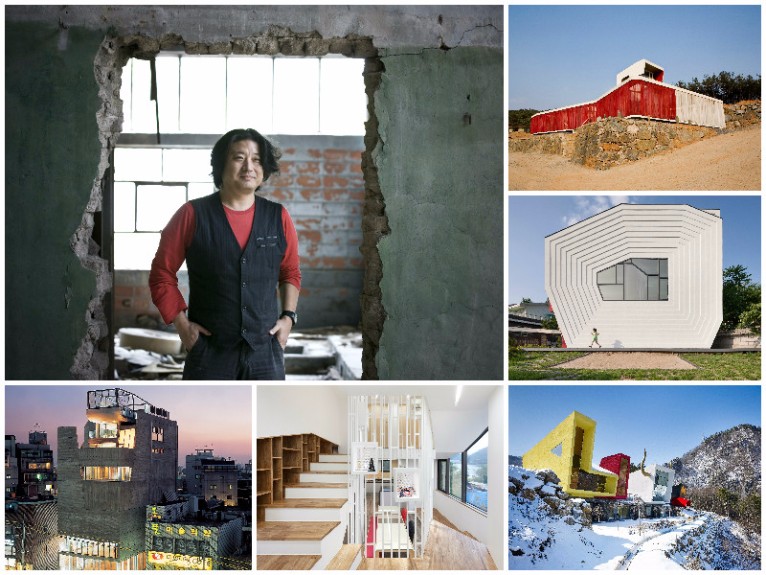 Moon Hoon, your buildings are very playful. One of them even has bull's horns.
My architecture until 2005 received many accolades from critics and publics alike. Those were years of architecture investigating spatial and expressive possibilities within, let’s say, conventional perceptions. 'Mookdong multihouse', which had a meshed metal exterior alluding to panty stockings, brought up some stir because it made reference to eroticism. 'S-Mahal', in 2006/07, dealt with courtyards and ambulatories which were a reinterpretation of spatial and experiential qualities of our traditional architecture.

Another feature was a curtain around the ambulatory which reacted to winds and touches. I was trying to bring architecture to a point where interaction became a possibility. The 'Rock It Suda' project is the one that I think went overboard. My intention was to bring about a tension between realism (horn) and abstractness (architecture). It became a reality only due to the client’s wish to allude to bullfights, which inspired him when he was in Spain – and also my playfulness. Many of my architect friends and critics said that I went too far. Maybe I did, but I have no regrets. It was destined to exist, from my point of view. It was a special project. 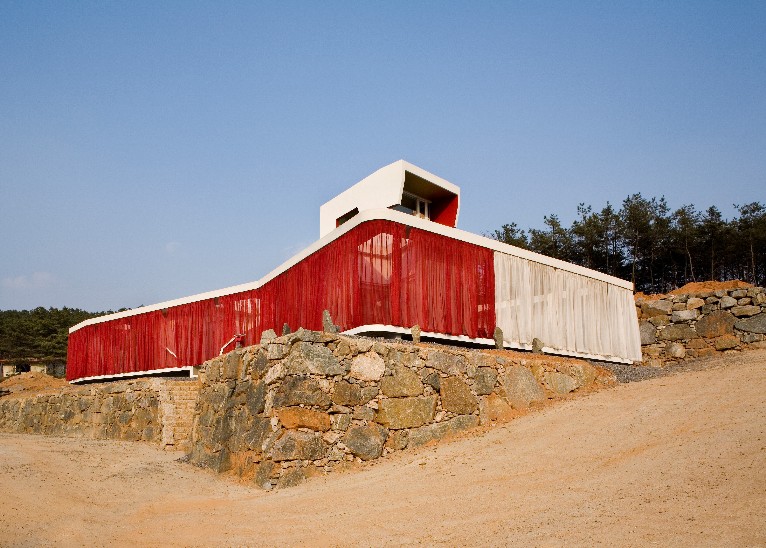 How experimental may architecture be?
I think architecture can be experimental as far as we allow it to be. It can oscillate between art, architecture and engineering. Our perceptions, prejudices, habits, understandings, and learning will all take part in allowing something to be something else. We play more when we are younger, and playfulness includes moments of deep concentration which allow us to learn and absorb. I think, on my part playfulness brings about more active and dynamic spatial organizations and even encourages more creative uses. Like Ken Block driving and playing with the urban conditions, and like parkour athletes who play the city like new apes. 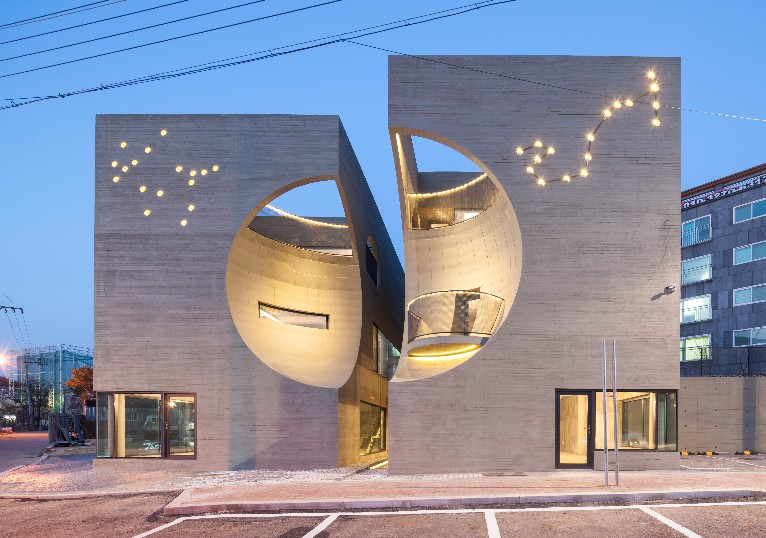 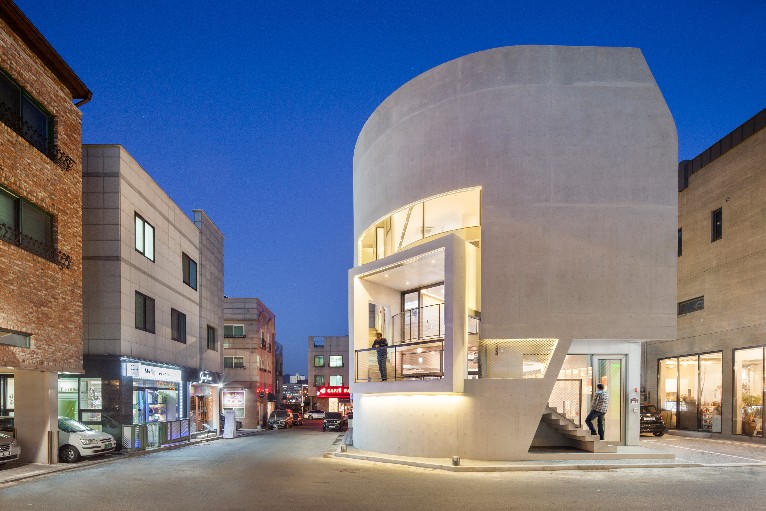 Many of your projects are private houses. How relevant is this typology in South Korea?
Out of about 40 built projects in a period of 15 years of practice, half of them are houses, especially between 2011 to 2013. Such a concentration on houses has to do with the Korean situation. A book named “Building houses by two buddies” became popular in 2010. It is a documentary and essay about designing and building houses with a garden for children.

Many readers were young couples who were getting tired of living in apartments and were inspired by the book, while apartments fell or stagnated in price and weren't a good investment anymore. They flocked to architects, and thus the surge of house designs. Younger clients are more adventurous and expressive regarding their needs and dreams. Therefore architects like me can have much more freedom in the design process. The only difficulty would be low budgets, since the clients are young and didn't have enough time to accumulate capital. 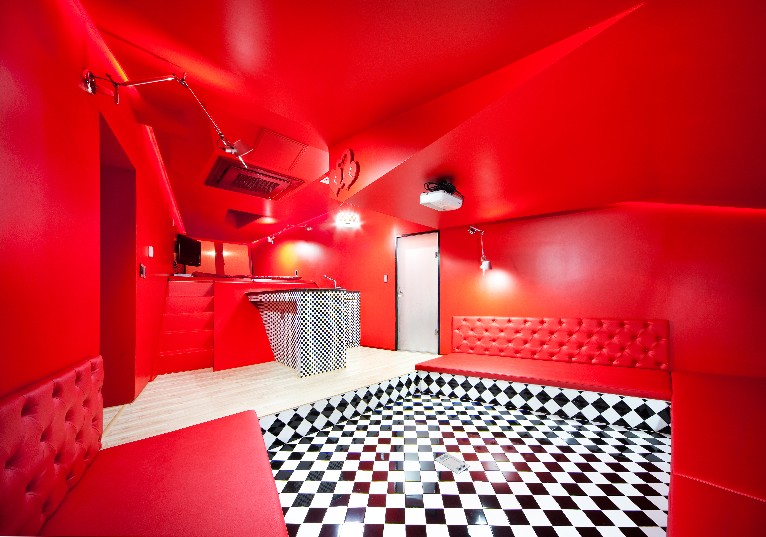 What kind of – maybe also bigger – project types would you like to concentrate on further?
At the moment, I am designing museums, resorts, offices, and multi-use buildings. They are in the mid-size category; the era of concentrating on house design is over. Recently I have been contacted by prospective clients from Greece and the USA. I have no specific preferences regarding the catagories, as long as there is room for freedom for adventure and fun in the designing process. I think that by being creative you allow mundaneness to be elevated into freshness. It is a matter of how you look at it. I believe architecture can be more colourful and innovative by allowing fantasies and everydayness to take part in the design process. Everything can be an ingredient for an architecture of playfulness.

Profile
With his Seoul-based practice Moonbalsso, architect Moon Hoon has designed some of the most individual and unusual architectural projects in South Korea, such as Wind House, Two Moon, STARWARS House , Panorama house. Focusing on smaller and mid-size projects, his work is marked by a surprising playfulness regarding the use of material, the spatial composition and visual appearance. Moon Hoon's projects have been featured in international publications. 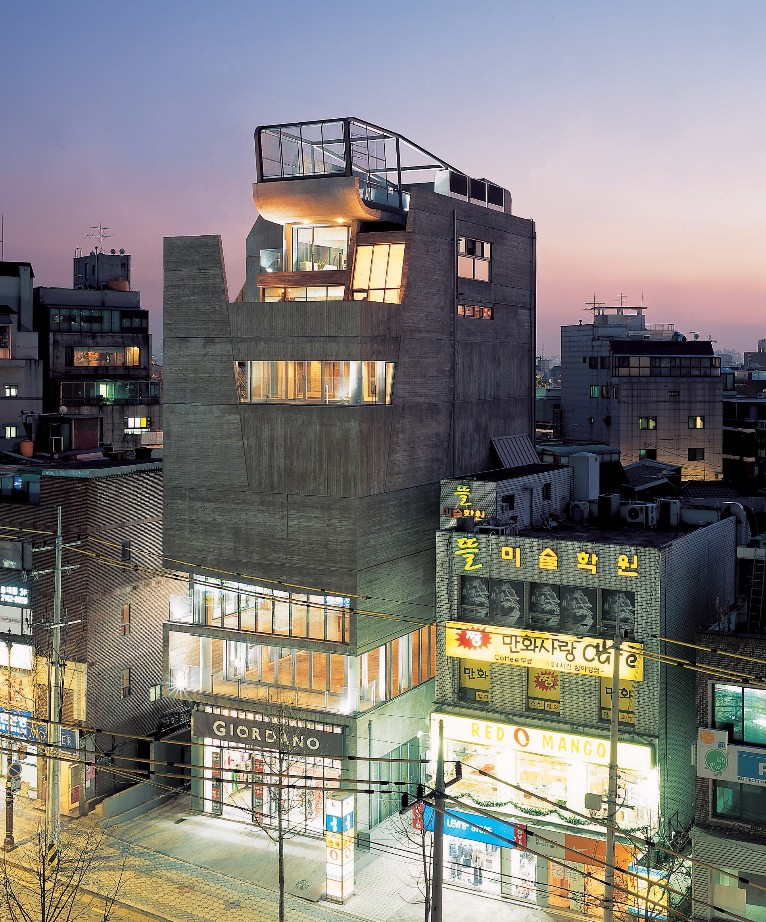