The Visitors’ Centre is located along the cliff edge at the Giant’s Causeway and Causeway Coast World Heritage Site. It can be understood as two folds; one folds up to accommodate the building, the second folds down to house the carpark and shield it from view. Between the two folds, a ramp leads to the cliff edge and the coastal path, which winds along the cliff edge of the Causeway Coast. Internally the building is a series of stepping floor plates that give definition to the building’s various functions and also allowing the spaces to flow into one another. The visitor exits the building through the Cliff and onto the 1KM walk down to the Giant’s Causeway. The cuts for the folds are precise and geometric. Resolutely man-made, they vanish into the man-made patchwork of fields. The cuts are defined by locally quarried basalt columns between which are views out to the surrounding landscape. A stacking construction methodology was used, which evolved from the inherent properties of the locally sourced stone. The building itself is heavy, a heavy concrete mass cast into the cliff, sliced by rooflights which admit changing light and weather conditions so that although partially underground, the visitor is always aware of outside. The building is heated and cooled with ground source heating and cooling negating the need for boilers, mechanical cooling and their visible appendages. The grass roof was grown on site with seeds collected from locally over 2 seasons. The Visitors’ Centre is a carefully sculpted intervention into this coastline, an intervention which utilises the cliff edge to make a building that looks back out over the landscape. It is a building that is visible and invisible, invisible from the Atlantic side of the cliff yet visible and distinct from the land side.
7 users love this project 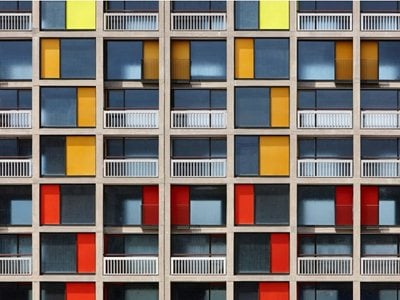 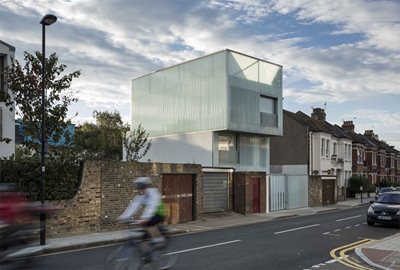