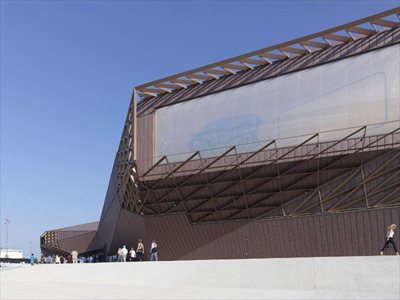 At the eastern approach to Nîmes, on the Remoulins and Avignon road, between town and country, motorway and suburbs, aerodrome and hills, the new contemporary music venue is going to magnetize the citizens of Nîmes, Marseilles, Avignon, Montpellier and Arles, with its striking architecture, a concentration of manifest energy. First amongst the performances that take place here, it mesmerizes the passer-by with the dynamism of its dramatic forms and immerses the spectator in a sculptural and...