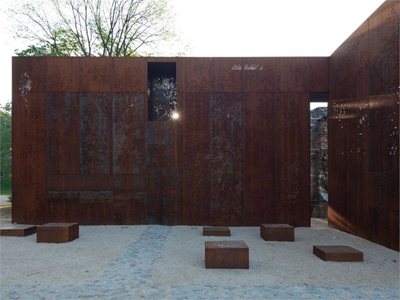 The existing ruins of the renaissance Szathmáry Palace is one of Hungary’s most valuable protected monuments. The palace is situated in the city of Pécs which is one of the oldest town of the southwestern region of Hungary with long historical background. The ruins are located in a park of Tettye Valley in the northeast part of the city where the dense historical urban fabric meets nature. The valley rises almost from the heart of the city offering a magnificient view of the city from the...

Reconstruction of the Szatmáry Palace/
Advertising