Designed by American architect Frank Gehry, the Guggenheim Museum Bilbao building represents a magnificent example of the most groundbreaking 20th-century architecture. With 24,000 m2, of which 11,000 are dedicated to exhibition space, the Museum represents an architectural landmark of audacious configuration and innovating design, providing a seductive backdrop for the art exhibited in it. Altogether, Gehry's design creates a spectacular sculpture-like structure, perfectly integrated within Bilbao's urban pattern and its surrounding area.

Surrounded by attractive avenues and squares, the Museum is located in a newly developed area of the city, leaving its industrial past behind. The Museum plaza and main entrance lie in a direct line with Calle Iparragirre—one of the main streets running diagonally through Bilbao—, extending the city center right up the Museum's door. Once in the plaza, visitors access the Hall by making their way down a broad stairway, an unusual feature that successfully overcomes the height difference between the areas alongside the Nervión River, where the Museum stands, and the higher city level. This way, Gehry created a spectacular structure without it rising above the height of adjacent buildings. The highest part of the Museum is crowned by a large skylight in the shape of a metal flower covering the Atrium, one of the building's most characteristic features.

It is possible to walk all the way around the Museum, admiring different configurations from each perspective and also a number of artworks installed outside by artists such as Louise Bourgeois, Eduardo Chillida, Yves Klein, Jeff Koons, or Fujiko Nakaya. The Museum site is crossed at one end by La Salve Bridge that, since 2007, supports the sculpture commissioned from Daniel Buren entitled Arcos rojos / Arku Gorriak. Stretching under the bridge, gallery 104—an enormous, column-free space that houses Richard Serra’s installation The Matter of Time—ends in a tower, a sculpture gesture that brings the architectural design to a crescendo that appears to envelop the colossal bridge and effectively incorporates it into the building.

Once inside the Hall, visitors access the Atrium, the real heart of the Museum and one of the signature traits of Frank Gehry's architectural design. With curved volumes and large glass curtain walls that connect the inside and the outside, the Atrium is an ample space flooded with light and covered by a great skylight. The three levels of the building are organized around the Atrium and are connected by means of curved walkways, titanium and glass elevators, and staircases. Also an exhibition space, the Atrium functions as an axis for the 20 galleries, some orthogonally shaped and with classical proportions and others with organic, irregular lines. The play with different volumes and perspectives generates indoor spaces where visitors do not feel overwhelmed. Such variety has demonstrated its enormous versatility in the expert hands of curators and exhibition designers who have found the ideal atmosphere to present both large format works in contemporary mediums and smaller or more intimate shows.

In addition to the gallery space and a separate office building, the Museum has a visitor orientation room, Zero Espazioa; an auditorium seating 300; a store/bookstore; a cafeteria; and two restaurants: a bistro and a one Michelin star haute cuisine restaurant.

The Guggenheim Museum Bilbao was built between October 1993 and October 1997 and the site chosen, on a former wharf with port and industrial use on a curve of the Nervión, represented recovery of the banks of the river for the city, redeveloping them for culture and leisure.

Due to the mathematical complexity of Gehry's design, he decided to work with an advanced software initially conceived for the aerospace industry, CATIA, to faithfully translate his concept to the structure and to help construction. For the outer skin of the building, the architect chose titanium after ruling out other materials and seeing the behavior of a titanium sample pinned outside his office. The finish of the approximately 33,000 extremely thin titanium sheets provides a rough and organic effect, adding to the material's color changes depending on the weather and light conditions. The other two materials used in the building, limestone and glass, harmonize perfectly, achieving an architectural design with a great visual impact that has now become a real icon of the city throughout the world. 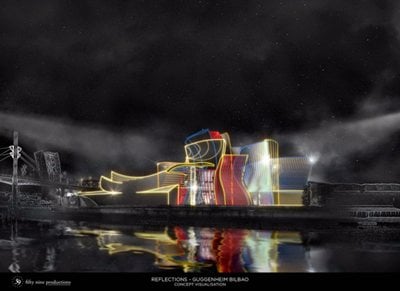 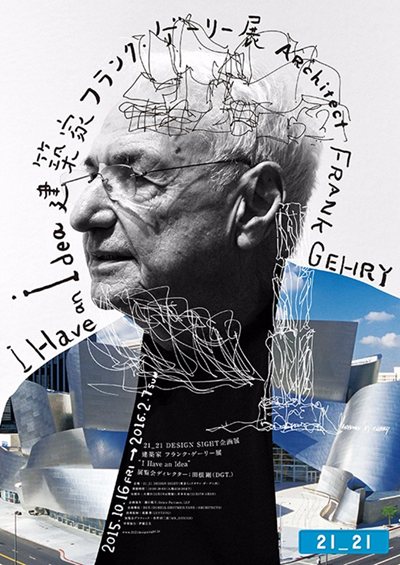 Architect Frank Gehry 'I Have an Idea'! 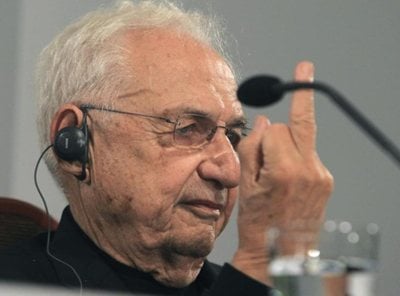 Why is Frank Gehry so irreverent? 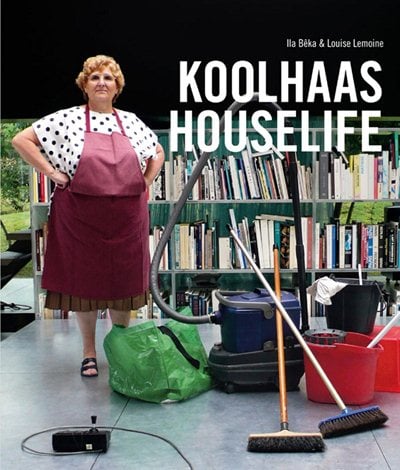 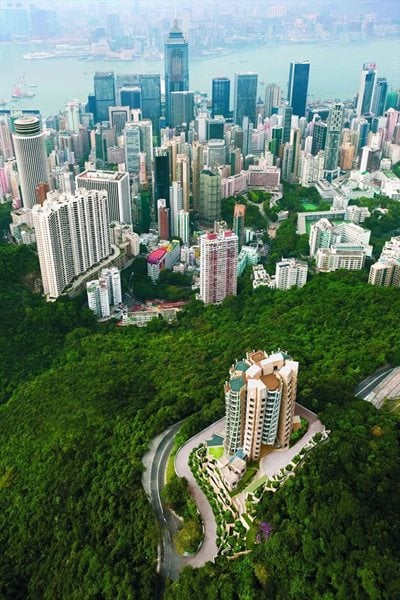 Designed by American architect Frank Gehry, the Guggenheim Museum Bilbao building represents a magnificent example of the most groundbreaking 20th-century architecture. With 24,000 m2, of which 11,000 are dedicated to exhibition space, the Museum represents an architectural landmark of audacious configuration and innovating design, providing a seductive backdrop for the art exhibited in it. Altogether, Gehry's design creates a spectacular sculpture-like structure, perfectly integrated within...